News
Government of Canada invests in airport safety across the country

Government of Canada invests in airport safety
across the country
Canadians will benefit from enhanced airport safety thanks to funding from the federal government's Airports Capital Assistance Program. 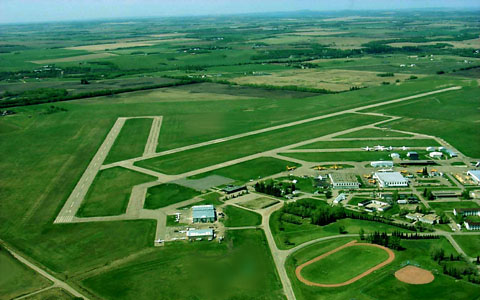 Feb. 6, 2009 – Canadians will benefit from enhanced airport safety thanks to funding from the federal government's Airports Capital Assistance Program. The Honourable Tony Clement, Minister of Industry, today announced funding under Round Two of the 2009-2010 program.

"Investing in the safety of our airports is a win-win for Canadians,"said John Baird, Canada's Transport Minister. "By funding these projects we are taking action to increase safety at airports, contribute to trade and tourism, and help boost local economies."

"The safety of air travelers and those who work at our airports is a priority for our government," said Minister Clement. "By investing in projects like these we are also improving the economic potential of our airports and their surrounding communities."

The Airports Capital Assistance Program (ACAP) finances capital projects related to safety, such as the rehabilitation of runways, taxiways, visual aids and heavy airside mobile equipment. Since the inception of ACAP, the Government of Canada has invested a total of $489 million for 598 projects at 167 airports, including today's announcement. Over 99 per cent of these projects were airside projects.

Backgrounders on ACAP and the selected projects are attached.

The Airports Capital Assistance Program (ACAP) provides funding for capital projects related to safety, asset protection and operating cost reduction. To be eligible, an airport must receive year-round regularly scheduled passenger service with a minimum of 1,000 passengers each year over the most recent three consecutive years; meet Transport Canada airport certification requirements; and not be owned or operated by the Government of Canada.

The current five-year program will allocate $190 million by March 2010 at an average of $38 million per year. Contributions are considered for the following types of projects:

First-priority projects include safety-related airside projects, such as
rehabilitation of runways, taxiways, aprons, lighting and other utilities, visual aids and sand storage sheds. This category also includes related site preparation and environmental costs, aircraft firefighting vehicles, and ancillary equipment and equipment shelters that are necessary to maintain the level of protection required by regulation.

To be eligible, projects must maintain or improve safety levels, protect airport assets or significantly reduce operating costs. Projects must also meet accepted engineering practices and be justified on the basis of current demand. Airport facility expansion projects will be considered only if the current facilities have a potentially negative impact on safety at the airport.

Through ACAP, the Government of Canada is improving airport safety, as well as helping the economic viability of this important aspect of Canada's transportation infrastructure.

ACAP is an example of the Government of Canada directing infrastructure resources to where they are most needed and can best enhance safety.