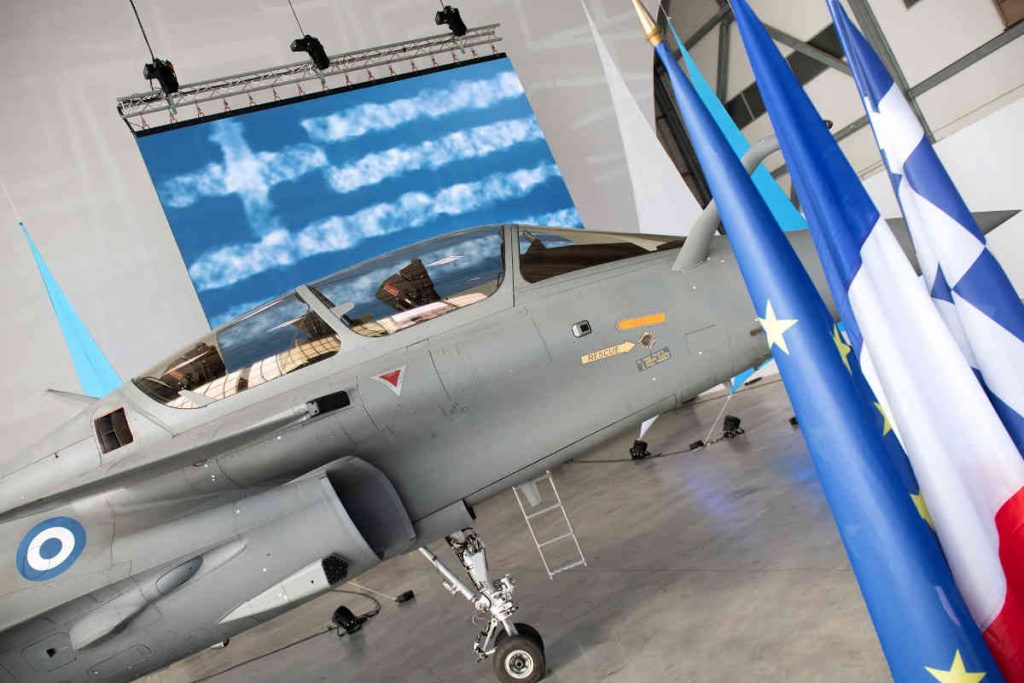 Defense Minister Nikolaos Panagiotopoulos attended the delivery ceremony in Istres in southern France, describing it as a “milestone day for the Greek Air Force.”

Greece signed a 2.3 billion euro (US$2.7 billion) deal in January for the Rafale planes, including 12 used and six new aircraft built by Dassault Aviation. They are to be delivered over the space of two years, starting this month.

The purchase is part of a modernization program for Greece’s military and comes during a period of mostly rocky relations with neighboring Turkey. The two NATO allies are at loggerheads over a series of disputes, including over boundaries in the Aegean Sea and the eastern Mediterranean, and have come to the brink of war three times since the mid-1970s.

“This purchase will contribute to the further reinforcement of the combat capability and deterrent power of the Air Force and the armed forces, whose main mission is the defense of the territorial integrity and the sovereign rights of our homeland,” Panagiotopoulos said.

The minister also stressed the close defense ties between Greece and France, saying the purchase “demonstrates our determination to further strengthen not only our bilateral relations, but also our cooperation for stability and prosperity in the wider eastern Mediterranean region.”

Eric Trappier, chairman and CEO of Dassault Aviation, described the Rafale as “a strategic game-changer for the Hellenic Air Force. It will play an active role by security Greece’s leadership as a major regional power.”