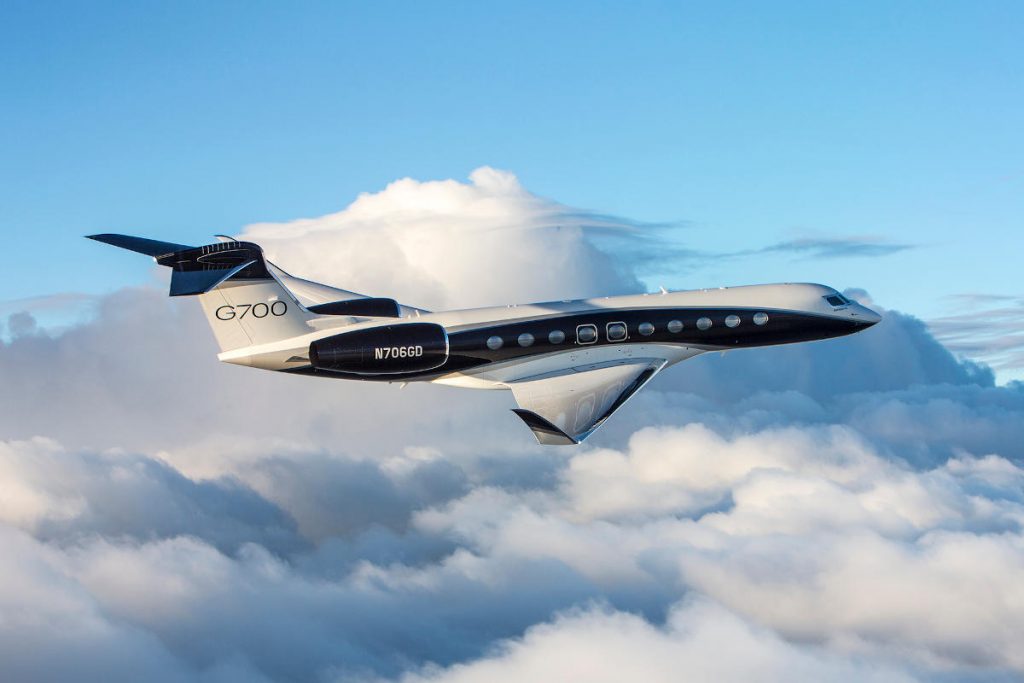 Gulfstream flew the G700 with a blend of sustainable aviation fuel for its Savannah to Doha flight. (Photo: Gulfstream)

The Gulfstream G700 set its first ever city-pair speed records beginning on a route from Savannah to Doha, Qatar, followed by a trip from Doha to Paris.

Highlighting its focus on reducing carbon emissions, Gulfstream fueled the G700 with a blend of sustainable aviation fuel for the Savannah to Doha flight. Carbon offsets are being applied for both flights.

“These were the first international flights for the G700, and it performed exceptionally well, setting two new records in the process,” said Mark Burns, president, Gulfstream. “We are excited to introduce the G700 in person to customers in the Middle East and Europe and are proud that we can do so while also demonstrating our commitment to sustainability at the same time.”

The G700 cabin, described by Gulfstream as the most spacious in the industry, can be configured for up to five living areas with options for an ultragalley with 10 feet of counter space; a dedicated crew space; an entertainment and presentation area; six-place conference and dining area; and a grand suite with shower.