“What sets Gulfstream apart is that we ensure our aircraft are mature upon certification.” 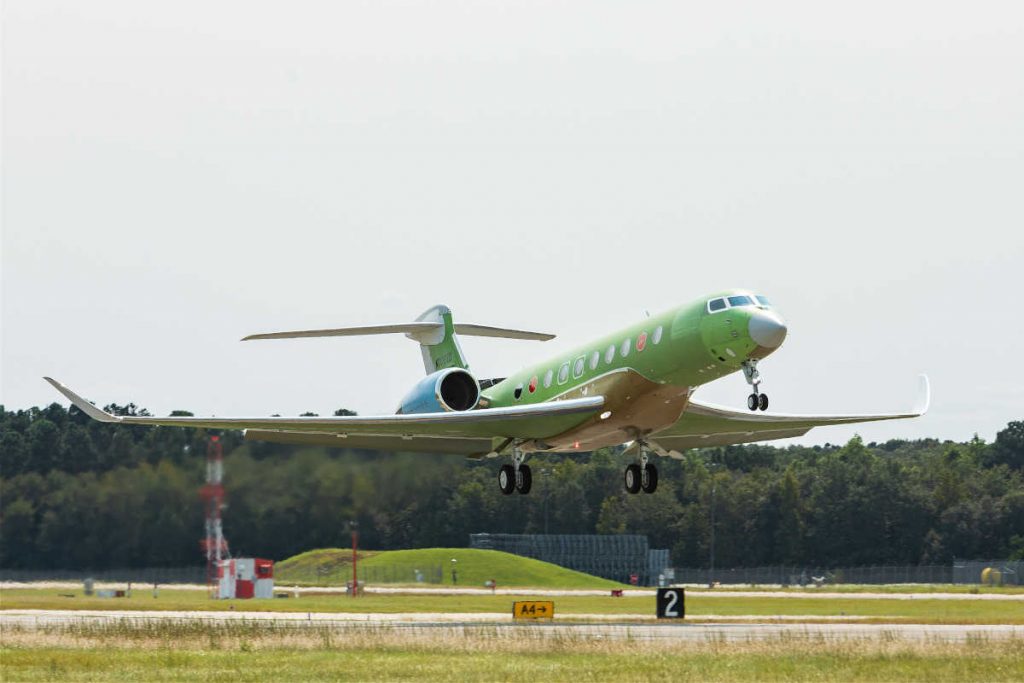 The fourth Gulfstream G700 takes to the air for the first time on October 2. (Photo: Gulfstream)

“This is the fourth first flight we’ve accomplished within just eight months, and that is a truly impressive feat,” said Mark Burns, president, Gulfstream. “I have said it before: What sets Gulfstream apart is that we ensure our aircraft are mature upon certification.”

Gulfstream explains more test aircraft are being prepared to join the certification program. This will include fully outfitted production aircraft to test interior elements, such as what the company describes as an all-new true circadian lighting system, an ultragalley and a grand suite.

The G700 features Gulfstream’s Predictive Landing Performance System and Symmetry Flight Deck with what the company describes as the industry’s only electronically linked active control sidestick, as well as the most extensive use of touch-screen technology in business aviation.

Today, under parent company General Dynamics, nearly 2,900 Gulfstream aircraft are in service around the world.