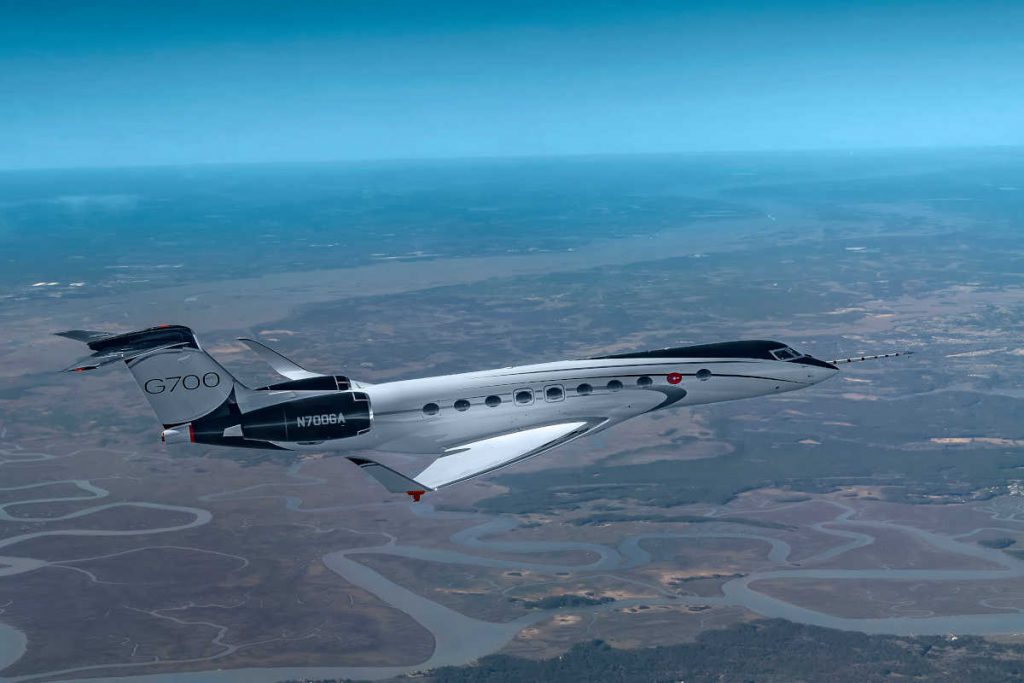 The G700 is powered by Rolls-Royce Pearl 700 engines. (Photo: Gulfstream)

“These accomplishments at this stage in flight test point to the impressive maturity of the G700 program,” said Mark Burns, president, Gulfstream. “We designed and developed the G700 for our customers to fly safely, securely and efficiently while enjoying the same level of comfort as they do on the ground.”

Gulfstream points to the G700 holding the largest galley in the industry, with more than 10 ft/3 m of counterspace, as well as how the airplane’s air is never recirculated, its low cabin altitude, “whisper-quiet” noise levels, and the option for what the company describes as the industry’s only true circadian lighting system. The cabin also features 20 panoramic oval windows in up to five living areas, as well as a master suite option with stand-up shower.

The G700 is powered by Rolls-Royce Pearl 700 engines and can fly at its high-speed cruise of Mach 0.90 for 6,400 nautical miles (11,853 kilometers) or at its long-range cruise of Mach 0.85 for 7,500 nm (13,890 km). The G700 also includes the Gulfstream Predictive Landing Performance System and Symmetry Flight Deck, which includes what the company describes as the industry’s only electronically linked active control sidesticks.