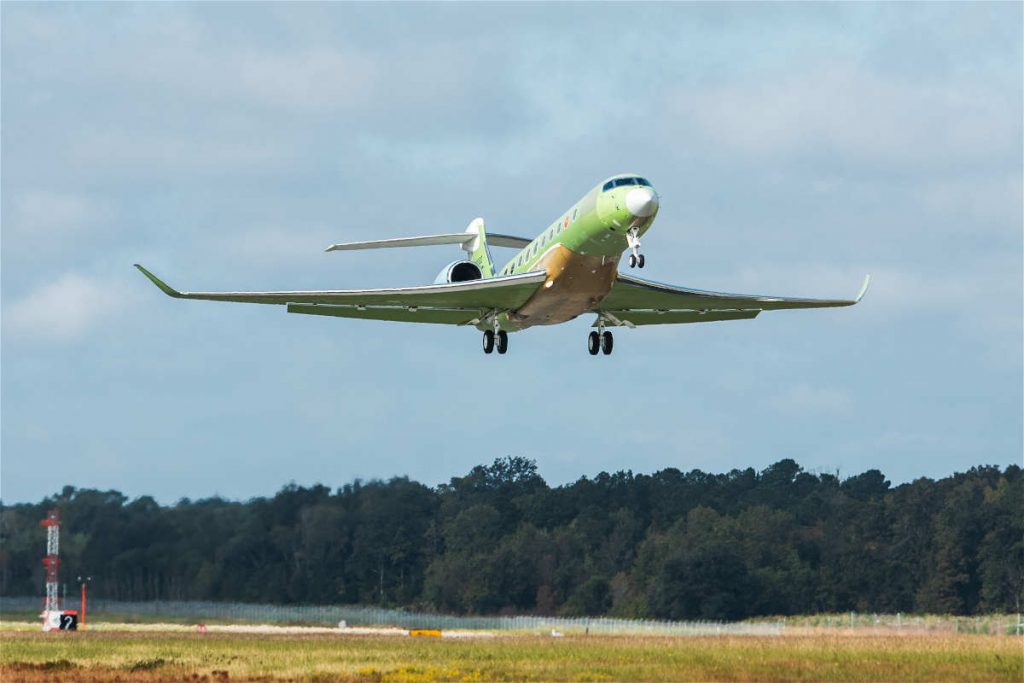 Gulfstream Aerospace on October 23 completed the first flight of its fifth G700 test aircraft, just three weeks after the fourth G700 flew for the first time on October 2.

“The G700 flight-test program is progressing exceptionally well,” said Mark Burns, president, Gulfstream. “Every day, we come closer to our goal of delivering this revolutionary aircraft to our customers.”

The fifth G700 test aircraft flew for three hours and eight minutes, reaching an altitude of 48,000 feet (14,630 metres) and a top speed of Mach 0.935. This aircraft will focus largely on testing avionics.

The first G700 test aircraft took flight on February 14, 2020. Gulfstream notes it has since made significant progress in the G700’s flight-test program, including: Cold-weather at Eglin Air Force Base in Florida; flutter; aerodynamic stalls; and envelope expansion.