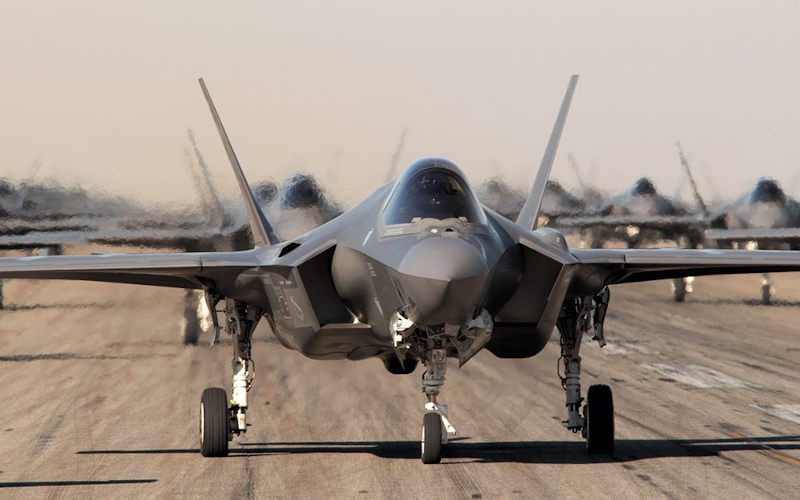 Héroux-Devtek provides structural components for the F-35 Lightning II Joint Strike Fighter program. Canada became an industrial partner of the F-35 program in 1997 and there are now more than 110 Canadian companies contributing to the fighter jet’s production, which Lockheed estimates to be worth more than $1.5 billion in terms of contract value over the life of the program. (Photo: Lockheed Martin)

Héroux-Devtek Inc. of Longueuil, Quebec, on May 21 reported financial results for its fourth quarter and fiscal year ended March 31, 2020. As the world’s third-largest landing gear manufacturer, facing the new-normal challenges of  COVID-19 and the business of commercial aviation, the company reported a funding backlog of $810 million with two thirds of that amount comprising defence orders.

“We believe we are in good position to weather the storm and eventually emerge as a well-positioned organization,” said Martin Brassard, president and CEO of Héroux-Devtek, describing the unprecedented impact of COVID-19, as well as capacity and financial actions taken by the Quebec company to shelter its production, which includes a range of fracture-critical aerospace products in addition to its landing-gear position. “First, we can count on a strong backlog of $810 million, two thirds of which is comprised of orders for the defence sector.

Fifth-generation build, Canada and production of the F-35

“Second, Héroux-Devtek is in a solid financial position, with $193 million of available liquidity at year-end and no significant capital repayments due on our debt until the end of 2024,” continued Brassard. “Last but not least, we can count on a highly dedicated team of employees in Canada, Europe and the USA, who have already demonstrated their impressive resilience under these challenging circumstances.”

Fourth quarter sales of $166.8 million represented an increase of 5.6 per cent relative to Héroux-Devtek’s previous year’s quarter at $157.9 million. Year-end consolidated sales reached approximately $613 million, up 21.1 per cent from its $483.9 million sales mark of one year ago.

Héroux-Devtek, however, reported an earnings loss of $72.1 million in the fourth quarter, primarily because of a $79.7 million non-cash goodwill impairment charge, which created a fourth-quarter operating loss of $64.4 million. This charge was accounted for in the fourth quarter based on what the company describes as a significant reduction in expected demand for commercial aerospace products caused by the ongoing COVID-19 pandemic.

Commercial sales in Héroux-Devtek’s fourth quarter decreased 7.8 per cent from $78 million one year ago to $72 million in the most recent quarter, while defence sales were up 18.7 per cent, from $79.9 million to $94.8 million. Primarily as a result of the fourth quarter impact on operating income, Héroux-Devtek reported a net income loss of approximately $50.7 million for its year end relative to a positive earnings result of $26.2 million last year. 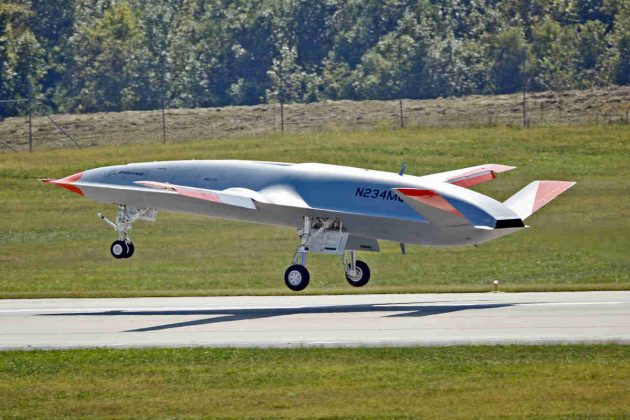 In mid-2019, Héroux-Devtek was awarded a contract by The Boeing Company to supply the complete landing gear system for its MQ-25 unmanned aerial refueling program. (Photo: Boeing)

Due to the uncertainty brought by the COVID-19 pandemic, Héroux-Devtek is not providing any financial guidance for Fiscal 2021 and back in early April announced it was also withdrawing its fiscal 2022 sales guidance.