Trying to predict the future is like trying to drive down a country road at night with no lights while looking out the back window,” the late management consultant and author Peter F. Drucker once quipped. But that was what two aviation specialists were asked to do in a presentation entitled, “The Future of Aerospace by 2050,” at the recent Aerospace Innovation Forum in Montreal organized by Aéro Montreal. 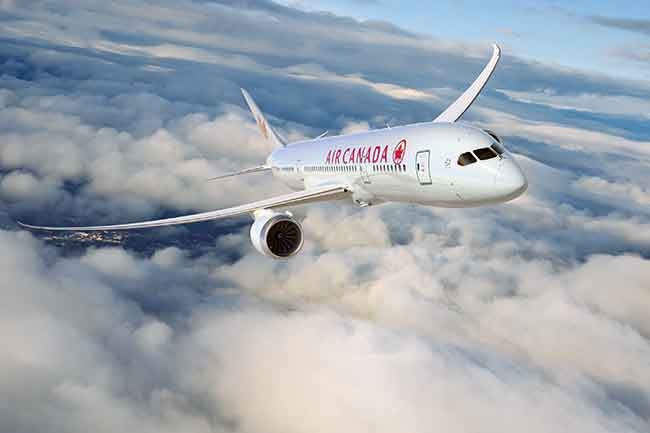 The Boeing 787 is reaching the physical installation limit for engines. Trying to predict the future

Two of the main things that will shape the future of aerospace is halving the industry’s CO2 emissions and improving society’s benefit from aviation, according to Alan Epstein, vice-president of technology and environment at Pratt & Whitney. In terms of CO2 reductions, it would mean 85 per cent of in-production aircraft will be non-compliant. Two ways to reduce CO2 is by reducing the energy required to fly an aircraft and to find alternatives to jet fuel.

“We need a technical solution for larger aircraft since they account for 90 per cent of aviation fuel burn,” Epstein said. “If fuel prices increase, expect to see 100-seat turboprop aircraft.”

By 2050, there will be 16 billion passenger trips a year, four times today’s figure, according to Robert Pearce, deputy associate administrator for strategy, NASA. In addition, there will be 50 per cent less carbon emissions due to more efficient aircraft and operators and lower carbon energy from biofuels.

The Boeing 787, for example, is reaching the physical installation limit for engines, said Pearce and so NASA and its industry partners are working on several different models. One is the Hybrid/Blended Wing Body (HWB), a cross between a conventional aircraft and a flying wing design. The program’s goal is to learn more about the low-speed flight control characteristics of the concept when applied to large transport or cargo aircraft. The HWB design could potentially get up to 30 per cent better fuel economy than traditional aircraft due to its unique shape.

Another model, the D-8, is based on a modified tube and wing with a very wide fuselage to provide extra lift and its low sweep wing reduces drag and weight. Its embedded engines sit aft of the wings. The aircraft would be used for domestic flights and is designed to fly at Mach 0.74 carrying 180 passengers 3,000 nautical miles in a coach cabin roomier than a Boeing 737-800.

NASA is also conducting ground experiments of distributed electric propulsion engines that are five times more energy efficient than piston engines, according to Pearce. The first flight is expected next year. In addition, it is looking at supersonic aircraft “to make the world a smaller place as we believe we can solve the sonic boom problem.”

Seeking new frontiers
Another panel discussion touched on new opportunities and challenges for major global OEMs. One potential challenge could come from new low-cost entrants to the market, noted Denis Gardin, senior vice-president and head of new technology Ventures at Airbus Group. In the past five years, Airbus has adopted an innovative model and working like a new startup by launching new platforms such as a small electric aircraft and the Zephyr high-altitude Pseudo satellite.

Everyone is interested in increasing their slice of the pie, but they should also be interested in growing the pie. The best way to achieve that goal is collaboration among OEMs, Hussain said. Bombardier is sharing information with Boeing on such things as icing and composites, Kafyeke added.

Collaboration means more eyes, resources and more cooperation on a problem, added Steve Dyer, vice-president of engineering at Bell Helicopter Textron. “I would like to see more collaboration between Canada and the U.S.” With everything in place in Canada, including centres of excellence like Aéro Montreal, Kafyeke predicts that more and more research will be done in this country within the next five years.

“Is the industry becoming overconfident?” asked Joseph Anselmo, editor-in-chief of Aviation Week Magazine & Space Technology.  Commercial aviation is no longer a cyclical business, according to Airbus, he noted.

“Is an implosion coming? Absolutely not, but the squeeze on suppliers to reduce costs is only going to intensify. And automation, while not likely to reach the level of the auto sector, will also increase.”

Plans are on schedule to manufacture heavy lift cargo airships at Mirabel, according to Michael Dyment, CEO of LTA Aerostructures. The company, which moved from Washington, D.C. to Montreal two years ago, has the financing lined up, he said, following a session entitled, “The Future of Flying: Electric Aircraft and Aerostructures.” While the company will initially target the mining sector in the north with its limited roads, small airstrips and short shipping season, it plans to lobby the federal government to transport pre-fab houses to northern communities where housing is desperately needed, said Dyment said. The airships will initially be powered by turbo prop engines, but the next generation will be electrical engines being developed in collaboration with Montreal engineering school École de technologie supérieure.

The Boeing 787 is reaching the physical installation limit for engines.

Eyes on defence
Canada’s Defence Policy Review under the Trudeau government was a topic of discussion in a session entitled “Defence and Security Market: New Business Perspectives for Enterprises in Canada.” Lieut. Gen. Michael Hood, CO, Commander at the Royal Canadian Air Force, was asked to comment on the F-35 being eliminated from the review.

“We were never under contract with the F-35. Unfortunately, there is no forum for opposition parties to have access to important information,” he said. “We can’t exclude anyone from an open and transparent competition.”

Asked where the air force is going with UAVs, Hood said they worked well in Afghanistan, but not so well in places like off the coast of Newfoundland. “The technology is great to a point.”

Another topic was the relationship between OEMs and small and medium-size enterprises (SME) that want bid for contracts. It’s all about job creation, R&D and the export capability of the product, according to Charles Bouchard, CEO of Lockheed Martin Canada.

“For SMEs wanting to work with OEMs, they have to be consistent, persistent and patient, because it may take months or even years for contracts to be awarded. And what do you [SME] bring to the table? Are you cheaper, faster, better? In defence, what are the challenges and how can we work together? What is the value proposition and how can we export it? Look beyond the Canadian market.”

Asked how SMEs should approach OEMs for business, it is an education process, said Mike Greenley, vice-president and general manager of military at CAE Canada.

“Make sure the government and OEMs are aware of your capabilities by educating them. Know your value proposition and I can’t overemphasize the need for patience.”

DND will not buy everything in the acquisition guide, Greenley added. “Therefore SMEs must learn about the signals out there.”