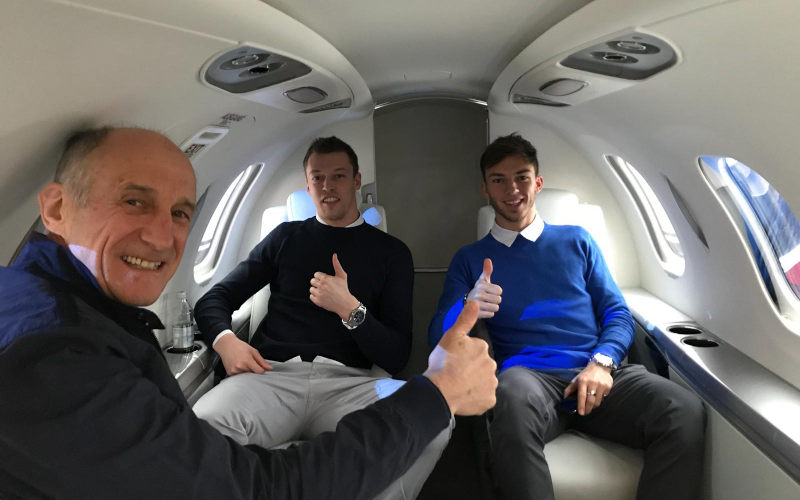 The aircraft delivery speaks to a growing partnership between the two companies, after AlphaTauri back in 2018 made the bold move to replace its power-unit partner, Renault, with Honda and its new RA620H engine.

AlphaTauri will primarily operate its new HondaJet Elite aircraft in Europe for a range of purposes, including transporting drivers, other athletes and officers, and previewing racing circuits.

“Formula 1 Racing is one of the most physically demanding sports in the world, and we are pleased to be able to offer the Red Bull team a competitive edge through our aircraft’s unrivaled efficiency, performance and comfort,” said Michimasa Fujino, president and CEO, Honda Aircraft. “With an industry-leading dispatch reliability, the HondaJet Elite is perfect for professional athletes, who need safe, reliable and quick travel from city to city.”

The HondaJet fleet is currently comprised of more than 155 aircraft worldwide and it has been the most delivered light jet in its class in 2017, 2018, and 2019.