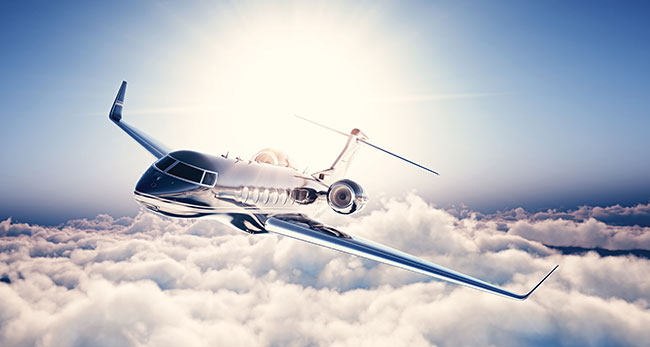 The last 10 months have not only highlighted the differences between business and commercial aviation, but the commonalities as well. I am convinced that the path to a real recovery in the air sector will take all of us pulling together, along with NAV CANADA, airports and, of course, government.

At this writing, many Canadians are dealing with new lockdowns, and travel from the UK to Canada is temporarily banned.  As difficult as they are, we hope these measures will lead to reductions in the virus spread and new opportunities to safely ease air travel restrictions.

The sector is at a breaking point. While business aviation has not seen quite the same declines as scheduled service, the challenges have been the same: Travel restrictions and blanket 14-day quarantines have decimated demand, with little or no change in the immediate future.

Nevertheless, there are reasons to be optimistic. Business aviation flight management and fractional ownership companies are reporting an upswing in the number of people interested in using business aviation for the first time. Consumer surveys are consistently reporting that people will want to travel once they are confident that it is safe to do so.

But reopening Canada’s skies is not the same as flicking a light switch. Too many complex systems have been powered down since March. Staff have been cut. Airplanes have been mothballed and routes eliminated. NAV CANADA has raised its fees by 30 per cent and is contemplating reducing services.

Airports that are dealing with a drop in demand of between 85 and 95 per cent are being forced to make decisions that could severely impact the level and type of services they can provide to both commercial and general aviation.

While a successful roll out of vaccines may be the long-term solution, the process will take time that the aviation sector does not have. But there is a short-term answer:   Rapid testing at airports and FBOs. This is the single most-important action the government can take to safely reopen air travel in the shorter term. With rapid testing in place, it would be relatively easy to identify and quarantine the small number of travellers who may be infectious.

There are already several testing pilot programs that show promise. The one underway at Calgary International Airport is aimed at reducing quarantine time for international travellers who show negative test results.  Other pilots are focused on pre-departure testing for some international destinations.

This is a good start, but without federal leadership to launch a national and standardized rapid testing program, we will still be held back by quarantine rules that differ between provinces and the confusing and inconsistent interpretations of federal regulations at different international border entry points.

Here is where business aviation can help. With relatively small numbers of passengers who are all monitored and processed in a highly controlled and controllable environment, FBOs are excellent venues to establish testing and track results, particularly rapid screening tests.

Not only would this be a potential game changer to the thousands of Canadian companies and communities that rely on non-scheduled flights to provide essential transportation, but it would add to the aviation sector’s understanding about testing and help accelerate the use of rapid screening.

If we could secure rapid testing pilots at FBOs, it would not be the first time that business aviation was able to find solutions that helped the entire aviation sector. Business aviation has often led the way in the use of new technologies that increase efficiencies, enhance safety and reduce carbon emissions: Everything from being the first aircraft type to deploy winglets, to the current push toward the production and use of sustainable aviation fuel.

Now we have a new role to play. Business aviation can help rebuild our sector, quickly responding to demand where commercial operations are not back to capacity or cannot serve the need. This will be an invaluable asset to help Canada kick start its economy as the aviation sector in general ramps up.

The last few months have been about many things, not the least of which are the lessons we have learned. One of the lessons I have learned is that every element of aviation, including business aviation, has a unique role in making the whole system work. If we are to build our way back, the only way we can do it is together.