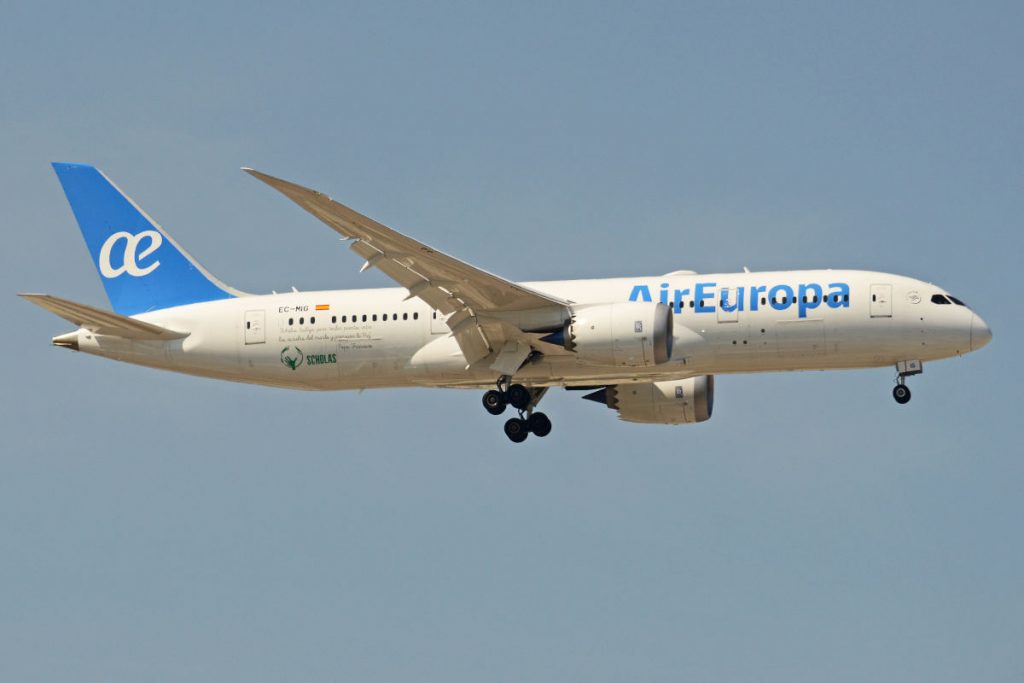 International Airlines Group reached an agreement to acquire all issued share capital of Globalia’s Air Europa for €1 billion ($1.32 billion in Canadian funds) in an all cash deal, which is subject to closing adjustments and regulatory approvals; and expected to close by the second quarter of 2020.

With the purchase agreements signed under its subsidiary IB OPCO Holding (Iberia), International Airlines Group (IAG) is the parent company of Aer Lingus, British Airways, Iberia and low-cost carriers like LEVEL and Vueling. IAG states the purchase would transform its Madrid hub into a true rival to Europe’s four largest hubs: Amsterdam, Frankfurt, London Heathrow and Paris Charles De Gaulle. The purchase would also, according to the company, re-establish IAG as a leader in the Europe to Latin America and Caribbean market.

Air Europa is one of the largest private airlines in Spain, operating scheduled domestic and international flights to 69 destinations, including European and long-haul routes to Latin America, the United States, Caribbean and North Africa. In 2018, Air Europa generated revenue of €2.1 billion and an operating profit of €100 million. It carried 11.8 million passengers in 2018 and ended the year with a fleet of 66 aircraft.

“For Globalia, the incorporation of Air Europa to IAG implies the strengthening of the company’s present and future that will maintain the path followed by Air Europa in the last years,” said Javier Hidalgo, chief executive of Globalia.

IAG states the Air Europa brand will initially be retained and the company will remain as a standalone profit centre within Iberia run by Iberia CEO Luis Gallego. “This is of strategic importance for the Madrid hub, which in recent years has lagged behind other European hubs,” said Gallego. “Following this agreement, Madrid will be able to compete with other European hubs on equal terms with a better position on Europe to Latin America routes and the possibility to become a gateway between Asia and Latin America.”

IAG has agreed to pay Air Europa a break fee of €40 million in the event that the transaction fails to receive the necessary regulatory approvals and either party elects to terminate the transaction agreement.