News
In the name of safety

Holding a valid security clearance is essential for pilots and flight crews of various operators, and may also be necessary for mechanics, baggage handlers, food services personnel and others because they require entry into restricted areas of airports in order to carry out their employment duties. With recent enhanced safety measures and programs throughout the industry, obtaining, and in some circumstances maintaining, security clearance may be more difficult than ever before. 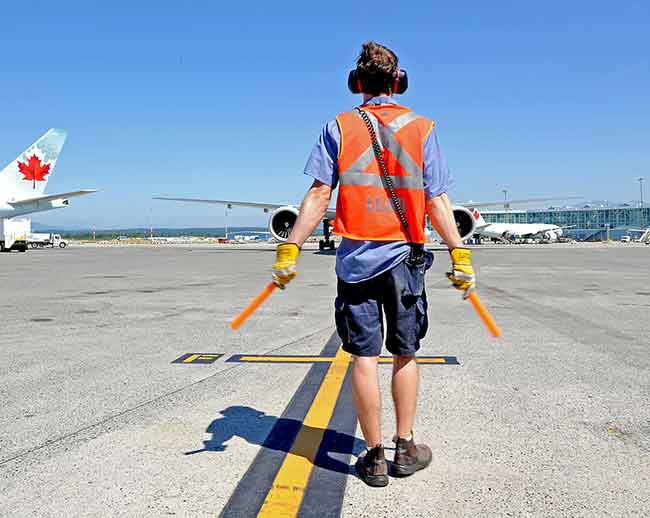 The Minister of Transport (Minister), through the Canada Transportation Agency (CTA), operates the Transportation Security Clearance Program (TSCP), whose aim is to prevent unlawful acts of interference with civil aviation by standardizing the requirements necessary to obtain security clearance. The Minister is responsible for determining whether to grant, maintain, or revoke a person’s security clearance. For individuals working in the aeronautics industry, they may find their security clearance at risk due to past activities or transgressions, or even relationships with others.

In recent decisions, Canadian courts have confirmed the Minister’s discretion to deny, suspend or revoke security clearance for a number of reasons. Of interest is of Christie v Canada Transport. Christie was a full-time employee of a major airline, and he applied for security clearance in January 2013. The TCSP obtained an RCMP background check as part of its review of Christie’s application, which showed two police incidents in 2007, where four individuals who were present with Christie had prior convictions for violence, drugs and weapons.

Christie’s application was referred to the Appeal Board, where Christie argued that his criminal tendencies were part of his past and that the charges against him had been withdrawn. Nevertheless, the Appeal Board concluded that there was reason to believe the Christie “may be prone or induced to undertake an action that would unlawfully interfere with civil aviation” and recommended Christie’s application be refused.

On a review of that decision, the Federal Court confirmed the threshold for determining whether a person may be prone or induced to unlawfully interfere with civil aviation is very low. Further, the Court confirmed when denying security clearance, the Minister can consider not just criminal charges that led to conviction, but also charges that were withdrawn. Accordingly, the Federal Court agreed that the Appeal board’s decision was reasonable in the circumstances.

The Federal Court considered similar issues in Rossi v Canada, where Rossi appealed the Minister’s decision to cancel his security clearance. Rossi was a manager of a food service company at an airport, where he had been employed since 1998. In December 2013, a record check revealed links between Rossi and individuals involved in the import and export of drugs from the airport. As a result of Rossi’s suspected association with an organized crime group, his security clearance was revoked.

At Rossi’s appeal to the Federal Court, he argued the decision was unreasonable because he was never convicted of any criminal charges, was unaware of any criminal activities of his co-workers and there was no evidence that he was affiliated with any individuals involved in drug trafficking at the airport. The Court, however, noted previous cases have confirmed that association with individuals involved in crime is sufficient for the Minister to exercise his broad discretion to cancel a security clearance.

When a person’s security clearance is refused or revoked, he or she is entitled to “procedural fairness.” This means he or she has a right to know the facts that the Minister is considering when making a determination. Mere explanations and representations, however, may be insufficient to overturn an unfavourable decision. In Rossi’s case, he gave specific explanations for several instances of association relied on by the Minister. However, the Court found the Minister’s decision was reasonable because of the broad discretion with which he is afforded to make these determinations.

Clearly, it is imperative that those with access to restricted areas at airports are properly screened so as to ensure the safety of airports, employees and passengers.