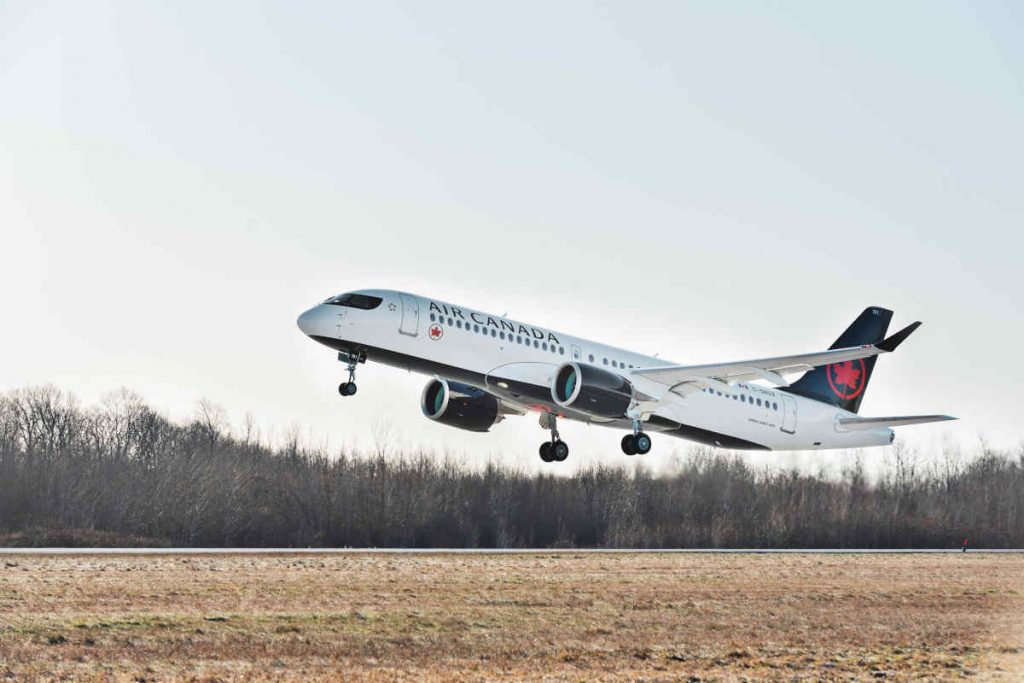 The first A220-300 for Air Canada has successfully completed its inaugural test flight from the Mirabel A220 final assembly line. The first of 45 aircraft for Air Canada is scheduled to be delivered to the Montreal-based airline in the coming weeks.

With its first A220 commercial flight planned for early 2020, Canada’s flag carrier will become the first airline in Canada to operate the Canadian-designed and -built A220. It will also become the first carrier in North America to fly the A220-300 variant.

Home grown, Air Canada and the A220

Air Canada is planning to use the A220 on domestic routes in Canada as well as to the United States. Airbus explains the A220 will enable the airline to serve new markets, such as Montreal to Seattle and Toronto to San Jose, which are new routes announced by Air Canada in mid-2019, connecting the carrier’s main hubs to the West Coast, as of Spring 2020.

Approximately 100 A220s are currently flying with six operators on routes in Asia, America, Europe and Africa.