As Canadian air transport continues to grow, Transport Canada (TC) has been plotting an opposite course. Budget cuts and attrition has left the regulator struggling to do more with less. 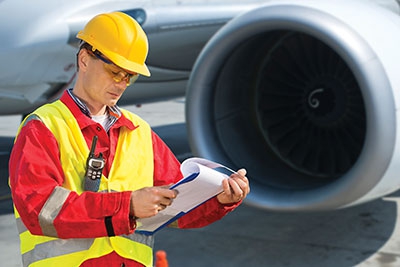 As Canadian air transport continues to grow, Transport Canada (TC) has been plotting an opposite course. Budget cuts and attrition has left the regulator struggling to do more with less.

In 2010, TC had approximately 1,400 employees dedicated to civil aviation oversight, spending more than $148 million to monitor roughly 34,000 aircraft owned and operated by more than 5,000 companies. And those weren’t the golden years. Since 2005, TC has gradually been bridging the resource gap through greater dependence on Safety Management Systems (SMS) that pushes more of the burden of ensuring safety out to the operators, resulting in fewer direct safety audits by the regulator. In other words, asking the industry to police itself.

“TC needs about 250 pilot inspectors and 250 technical inspectors to fulfill its inspection mandate,” says Captain Daniel Slunder, a veteran TC pilot inspector and president of the Canadian Federal Pilots Association (CFPA), representing approximately 450 pilots largely employed in the federal government sector. “We have steadily lost 100 members over the last 10 years – a 20 per cent drop while the workload has never been higher.”

The SMS concept originated in the chemical industry and makes companies responsible for proactively looking at overall processes and systems, including human, organizational, technical and environmental factors (key drivers of any incident) over individual occurrences. In aviation, operators then implement systems based on industry regulation to ensure safety. The SMS arrival at TC was intended to create a more accountable air transport industry. But its implementation met with resistance almost from the beginning.

In 2007, a CFPA survey indicated that a majority of TC pilot inspectors believed that SMS would prevent the correction of safety problems and increase the chances of a major crash in the near future. This year, CFPA went out with an identical survey – this time including non-pilot aviation inspectors represented by the Union of Canadian Transport Employees – and found that attitudes against SMS had hardened. Some key findings:

“What we are seeing is an indication of how people are frustrated with a system that doesn’t allow them to see all that they used to,” Slunder says. “SMS keeps us out of the cockpit. That means we are not seeing errors or difficulties the pilots are experiencing. That makes it difficult for us to have intelligence on an operator and determine what the risk factor is for a particular company.”

Slunder recalls the old “trap line” where an inspector would travel across the north doing site inspections from small operator to small operator. “We don’t do that anymore,” he says. “We need to be at the pointy end. We need to be talking with the pilots and doing the line checks. We have let all that slip quite a bit.”

Indeed, TC has extended its mandatory frequency of inspection of airlines with SMS from one to three years (versus a pre-SMS schedule of a yearly inspection and full audit every three years) and can be up to five years based on the risk assessment of the SMS paperwork.

However, in his spring 2012 report, Michael Ferguson, Canada’s auditor general, noted that, “a minimum acceptable level of surveillance [had] not been clearly established to indicate how long aviation companies can operate without being inspected and only two-thirds of planned inspections [had] been carried out.”

A cross-check of the Auditor General’s 2012 report on air safety and his autumn 2013 report on rail safety uncovered similar concerns (see chart, page 32).

Still, not everybody is convinced by the CFPA survey. Stephen Nourse, executive director of the Northern Air Transport Association (NATA), an industry organization that represents 37 operators north of the tree line, told the Northern Journal that the CFPA numbers should be taken “with a grain of salt.”

“The reality is that a TC inspector coming into a SMS system actually has more tools to conduct an inspection. They never lost any of their old ones,” he said. Perhaps, but clearly the old tools are not being taken out of the box as often as was the case leading to the question: is SMS the issue or is it that SMS has been pushed to the frontline of aviation safety oversight?

And would TC place so much emphasis on SMS if it was not caught in a budgetary vice?

Merlin Preuss, the Canadian Business Aviation Association’s (CBAA) vice-president of government and regulatory affairs was TC’s director general of civil aviation when SMS was being implemented. He told CBC News at the time, “You break a rule, you’ve created a hazard virtually by definition. So one of the things we’ve asked [operators] to do is put a system in place that shows us that yesterday and today and tomorrow, you’re in compliance with the current regulations. And that gets inspected, and we have all the enforcement tools we had yesterday and we will apply them – and we have.”

Slunder agrees, but argues that TC needs to look at SMS as it was intended to be: an additional layer of safety. “There is an urgent need to reinstate a traditional oversight program that has atrophied during the introduction of SMS.” It is an argument he took to the House of Commons Transport, Infrastructure and Communities Committee looking into the safe transport of dangerous goods along with the current status of SMS implementation across all modes of transport, and whether SMS has improved safety. A report is expected this December.

“It used to take one week to conduct an audit of a typical operator,” Slunder points out. “Under SMS, there is one week spent preparing for a validation; the site visit requires two or three days; and the validation report takes a week to produce. It easily requires twice as long to assess and validate a company’s SMS.

“I recommended we go back to doing our inspection and if we find something that is inappropriate or doesn’t meet regulations – or goes against regulations – we say, ‘show us your SMS’ and that it is a viable system,” he says. “If they can’t demonstrate that error was picked up or they are working on the problem, then we issue a fine or suspension.” In other words, it’s a backstop.

Another question is given the implementation of SMS and improvements in air safety, whether there is a case for the same level of TC oversight as there was 30 years ago. The latest International Business Aviation Council (IBAC) safety report, for example, puts business aviation at the lowest risk method of transport worldwide. (This did not stop the government from adding to the regulator’s caseload by taking management of private operator certificates out of the hands of CBAA.)

Not surprisingly, Slunder says yes and points to the crash of a First Air Boeing 737 in Nunavut that killed 12 passengers and crew. The Transport Safety Board (TSB) of Canada investigation concluded that a combination of factors contributed to the accident, including the fact that an unstable approach was continued to the landing, and while the two pilots were aware they were off course, they each had a different understanding of the situation and did not take corrective action in time.

A TC assessment of First Air’s SMS carried out 22-months before the crash found no problems. Closer scrutiny after the crash by TSB and the regulator uncovered a number of issues including an inadequate training program.

“The First Air pilots not believing they can be off course and arguing about it right to impact. That is something we used to see 30 years ago,” Slunder says. “We thought we were reducing those types of incidents. We still need to educate people. We still need to be in the company and talking to the pilots.”

There is little to suggest that air safety in Canada is at risk. TC continues to be a rigorous regulator, has acknowledged the flaws in safety oversight uncovered by the Auditor General in his 2012 report, and has laid out a priority list to address his recommendation – although the pace of change is not as quick as some would like. The regulator also continues to hammer out the bumps in SMS, a system that TC, which also operates a shrinking fleet of aircraft, has had difficulty implementing internally. Expect these efforts to intensify in 2015 after the House of Commons committee delivers its report on transport safety.

Resources continue to be an issue. Tight budgets and an even tighter labour market for qualified pilots will be a challenge for the organization as it tries to fill vacancies. NATA’s Nourse says money and not safety is the issue. “Because they have been so lean and the safety and inspection side of course has to take priority, it’s crippling the industry on a commercial basis,” he told the Northern Journal.

Asked if he could reverse one trend, Slunder said it would be to gather better intelligence about operators. “For that to happen we need to put pilots back in the front end looking at what is happening on the ground.”