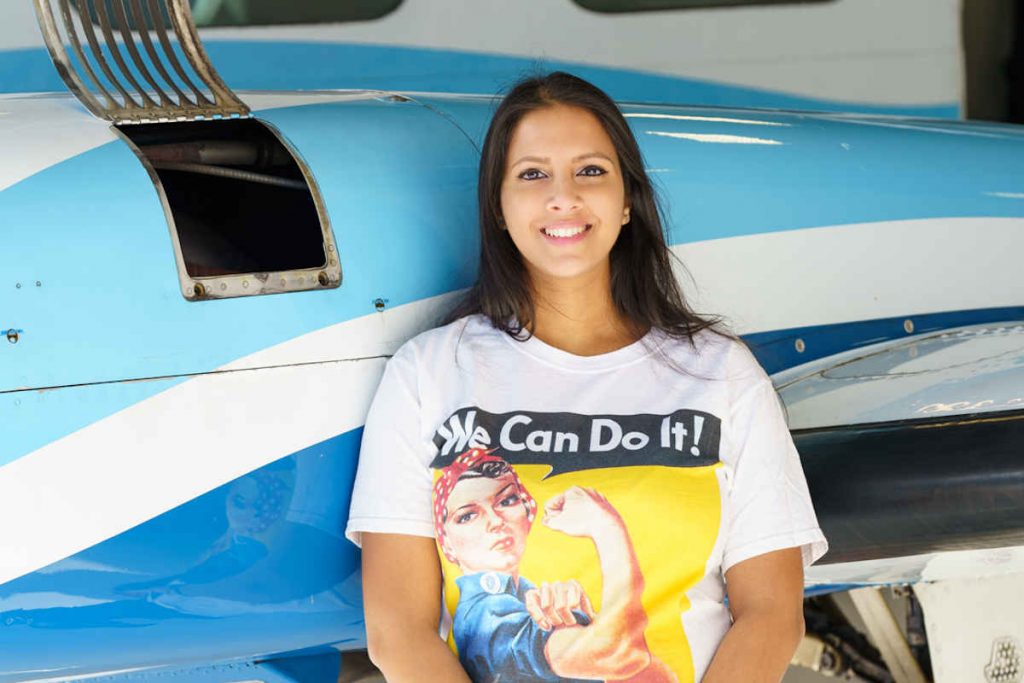 Iskwew Air continues to be involved with historic ventures.

Back in March 2019, Teara Fraser, a Metis woman who lives in Vancouver, made history by becoming the first Indigenous woman in Canada to launch her own airline, Iskwew Air.

Fraser, who operates Iskwew Air out of the Vancouver International Airport, hosted a press conference this past Thursday to announce some important company news.

She choked up while announcing Iskwew Air is now officially an Aircraft Maintenance Organization (AMO).

“What this means is that we can fix our own plane and we can fix others’ airplanes too,” she said.

Fraser was also thrilled to reveal that Alisha Sohpaul, a first generation Indo-Canadian, will be the lead for Iskwew Air’s AMO.

Only about 2.8 per cent of aircraft maintenance engineers in the country are women.

Fraser said it was only fitting her company’s announcement was made when it was.

Sohpaul’s parents were both born in India.

“We estimate less than half of a per cent of aircraft maintenance engineers in Canada are women of colour,” Fraser said. “We are so very, very proud to have Alisha leading us in the maintenance of our aircraft with this new division of Iskwew Air.”

Sohpaul is understandably thrilled with her new position.

“Representation matters,” she said. “I recently became the person responsible for maintenance at Iskwew Air and it was such an emotional moment once I heard I had passed my exam. At that moment, with tears running down my face, I knew that 1. this was bigger than me and 2. we had just opened the door for so many women who might have thought they could not hold the same title.”

“When people see someone that looks like them it can really help them realize they can do this too,” she said. “Aircraft maintenance is not a common job that you hear about at your average career fair so it’s so important to me that I not only represent women in my field but encourage young females to pursue careers in aviation.” 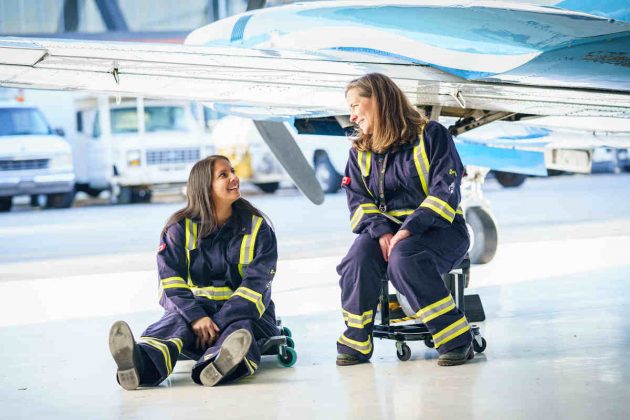 Sohpaul has worked as an aircraft maintenance engineer since 2014.

“I’ve had some of my best memories working alongside other female aircraft engineers because we’re able to support one another and relate to each other’s daily workplace issues,” she said.

Sohpaul, however, does not like the fact there is such a small percentage of women in her industry.

“Needless to say, we stick out like sore thumbs in a hangar,” she said. “In my experience, because there are so few of us, we constantly get questioned and asked why we are doing this because we look out of place. It is exhausting having to justify yourself in your abilities to your colleagues who should be trying to support you and not scrutinize you.”

Sohpaul is thrilled to be working for her current employer.

“Iskwew Air’s AMO means so much more to me than a shop that maintains aircraft,” she said. “Iskwew Air will be a place where everyone is uplifted, supported, welcomed and celebrated for being their authentic selves.”

“What we’re doing today is creating a safe space for women in aviation which is long overdue and this is just the beginning,” she said.

“We see (Transport Canada) as a critical and very important partner in operating and in safety,” she said. “Transport Canada, in this time of COVID, has shown such great leadership, innovation, creativity, collaboration, partnership.”

Iskwew Air has hooked up with InDro Robotics, a Canadian company specializing in unmanned aerial vehicles and drone technology.

Fraser said several projects are currently in the works in this area.

“We’re bringing traditional aircraft together with modern technologies and I now understand that these two worlds belong together,” she said. “I used to think they were quite separate but they belong together.”

Fraser said it’s ideal that her airline will play a role in this emerging industry.

“Iskwew Air now sees ourselves as the bridge; the bridge between traditional air transportation and sustainable transportation of the future,” she said. “All of this is in support of our biggest vision which is advanced air mobility.

“Iskwew Air is committed to decolonizing, decarbonizing and transforming the aviation industry for all humans, for all of our relatives and for Mother Earth.”