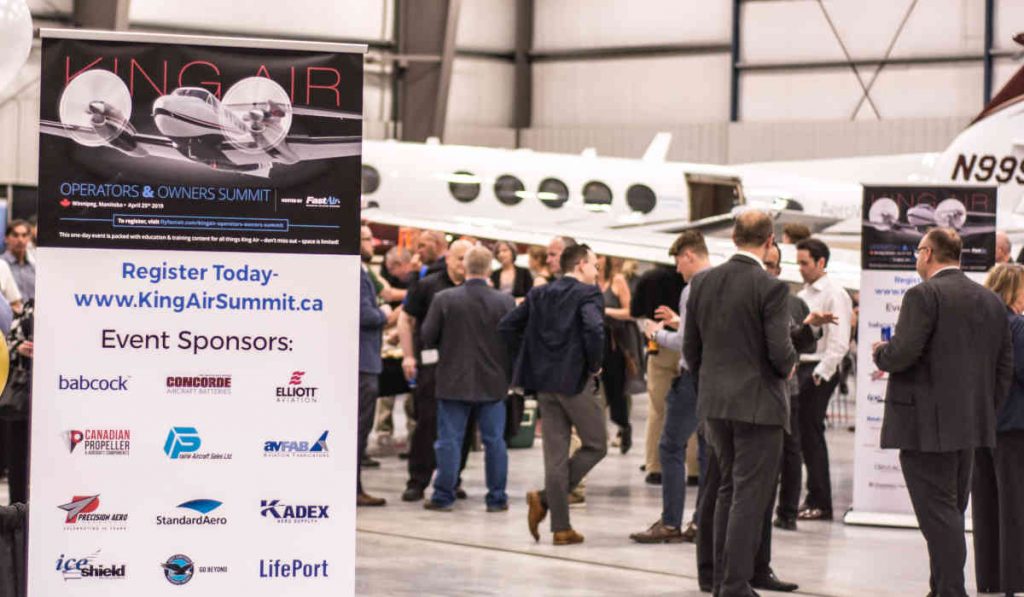 The King Air Summit is described as Canada’s largest and most significant gathering for owners and operators of the Textron/Beechcraft King Air. (Photo: King Air Summit)

Organizers of the King Air Summit describe a record attendance for the second annual King Air Summit, which took place on April 25, 2019, at Fast Air Executive Aviation Services in Winnipeg, Manitoba. The event drew in owners, operators, suppliers and supporters of the Beechcraft King Air from across Canada and the United States

The one-day event featured 18 seminars relating to the King Air, one of the most popular and versatile aircraft flown today in Canada. A plenary session was given by the title sponsor, Babcock Canada, about trends in global aviation related to King Air operations. Organizers explain sessions and panel discussions covered a range from propeller, engine and airframe issues to navigation changes and innovations for the type.

The third annual King Air Summit is being planned for Fall 2020.