Winnipeg, Man., Oct. 26, 2007 – Landmark Aviation today announced that it has received Supplemental Type Certificate (STC) approval for the installation of a double-club seating arrangement – using the Decrane 5400 series seats – on a Dassault Falcon 900. 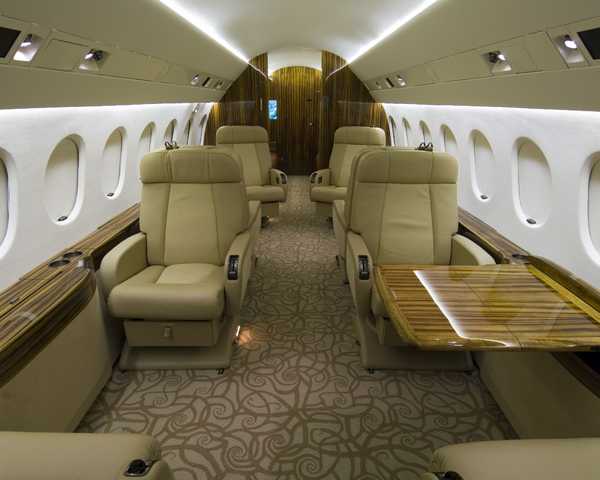 The Dassault 900 typically has conference and club group seating in the cabin, Miller said.  The double-club seating style uniquely allows eight passengers to sit in groups of two during travel.
“Seating depends on need and preference,” Miller added.  “This is a functional and attractive seating approach that sets this aircraft interior apart from others.”
Federal Aviation Administration (FAA) certification was completed by the company’s Designated Alteration Station at Springfield, a full-service MRO offering airframe, engine, avionics, refurbishment and modification, and paint.

The operation produced 23 full aircraft refurbishments during 2006.  The center also announced other new STCs for avionics and airframe capabilities in the past 12 months.
The facility is a Class 4 FAA certified repair station, and is also JAA (Joint Aviation Authority) and EASA (European Aviation Safety Agency) approved.