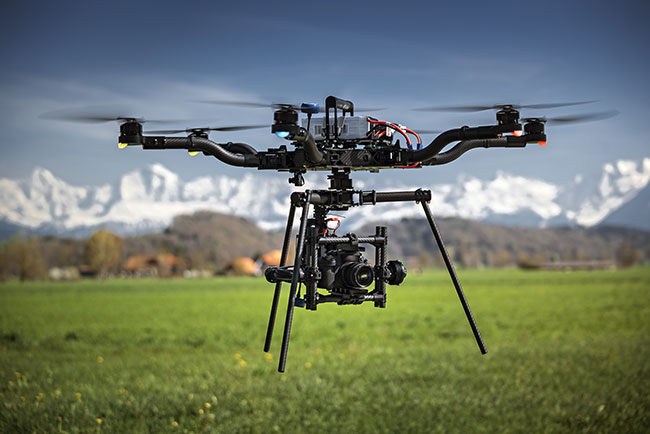 Fererum alignam a dita pa natur molupta quidu Among a range of important drone programs to be introduced in Canada since the start of this year, two recent initiative are set to foster the adoption of Remotely Pilot Aerial Systems (RPAS) in the country. This includes the NAV Drone app introduced by NAV Canada at the start of June and, in May, the introduction of a robust new drone membership program by the Canadian Owners and Pilots Association (COPA), which already holds by far the largest membership base in Canadian aviation at more than 15,000 people.

Make no mistake, the drone or RPAS community in Canada has exploded over the past few years. Borrowing statistics gleaned by Wings contributor Phil Lightstone, there were 59,242 registered drones in Canada as of April 30, 2021, and 54,047 basic drone pilot certificate holders, as well as 5,406 advanced operations pilot certificate holders. As of January 2021, there were 1,782,479 drones registered in the U.S., reports Lightstone, who quotes an executive from Altohelix estimating that the annual sales of unregistered drones in Canada to be around $40 million. (Lightstone’s drone insight is not provided in this issue, but be sure to check out the facts and figures he found relating to the Federal government’s proposed Luxury Tax on aircraft costing more than $100,000 – perhaps yet another significant detail that will shift a younger generation away from light aircraft to RPAS.)

In releasing the NAV Drone app, NAV Canada adds more intrigue to the growth of drones in the country, noting that from June to December 2020, it received nearly 16,000 RPAS flight authorization requests, a 54 per cent increase over the same period in 2019. The not-for-profit company says it expects this trend to continue as a growing number of companies and individuals find new uses for drones in Canada, outlining a need to ensure safe operation for all types of aircraft in the country’s airspace. This is a key function of the NAV Drone app (with a Web-based version also available), which is designed to help drone pilots and operators safely and legally fly their remotely piloted aircraft systems (RPAS) in Canada. NAV Drone is part of its national strategy for air traffic safety and technological innovation in Canadian airspace.

NAV Drone allows users to submit drone flight authorization requests from a mobile device and, explains NAV Canada, provides information to help users fly drones legally in Canada’s controlled airspace. To this end, NAV Drone is the only app that can provide drone pilots and operators with permission to fly in NAV CANADA controlled airspace. Its interface allows users to visualize where basic and advanced drone pilots can fly and to update and manage flights.

Aiming to bridge the gap between traditional and remote aviation, COPA on May 14 introduced new membership options to include Canada’s growing drone community, noting how the technology is transforming Canada’s economy through a range of missions like disaster management, search and rescue, infrastructure, photography and imaging and product delivery, in addition to recreational use. COPA’s membership program includes insurance options, regulatory support and plans for RPAS scholarships for both new pilots and professionals transitioning out of traditional aviation roles.

Transport Canada is also building more RPAS framework, including its recent unveiling of proposed fees for both low-risk drone operations beyond visual line of sight and for operations within visual line of sight with heavier drones. In early May, Transport launched a new advisory committee called the Canadian Drone Advisory Committee (CanaDAC) to serve as a national forum for a range of RPAS industry stakeholders to provide input and ultimately inform priority policy and regulatory areas of focus.