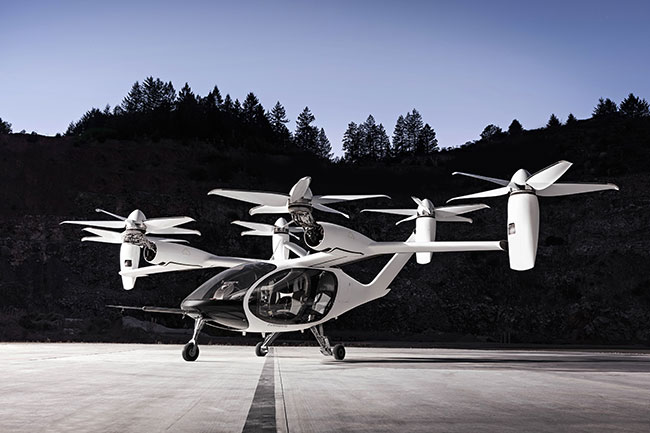 Joby is developing a four passenger, plus pilot, eVTOL, with the goal of operating an air-taxi service as early as 2023. Photo: Joby Aviation

Joby Aviation in December 2020 reached an agreement to acquire Uber Elevate as part of a larger transaction that sees the parent company of the latter, Uber Technologies, invest another US$75 million into Joby. Uber previously made an undisclosed US$50 million investment in Joby as part of a Series C financing round in January 2020. Full financial terms of the acquisition were not disclosed, but the transaction speaks to the ongoing push to develop vertical-lift aircraft with revolutionary electrification – hybrid or full – propulsion.

Joby is developing a four-passenger, plus pilot, eVTOL with the goal of operating an air-taxi service as early as 2023. Founded in 2009 and headquartered in Santa Cruz, California, Joby has raised US$820 million in investment to date and employs more than 500 people. The company projects building an electric aircraft that reaches 150 miles on a single charge with a top speed of 200 mph.

A key part of the transaction will see the two parent companies Joby and Uber integrate their respective services into each other’s apps, with the goal of integrating ground and air travel for future customers. Established in 2016, Uber Elevate played a significant role in laying the groundwork for a potential aerial ride-share market by bringing together regulators, civic leaders, real estate developers and technology companies around a shared vision. Several technology plans, including eVTOL aircraft, hardware and software, were announced at what were initially annual Uber Elevate conferences.

Pushed by the attention afforded to Uber Elevate, most major helicopter manufacturers moved from watching the eVTOL revolution to building their own platforms for vertical-lift electrification. Nowhere has this been more evident than in Mirabel, Quebec, where Bell Textron Canada is playing a lead role in the transformation.

In December 2020, this effort was showcased with the public debut of its Electrically Distributed Anti-Torque (EDAT) system, which will not be market-ready for several years, but at the same time serves as a precursor to the hybrid-electric potential in commercial-grade helicopters.

Bell’s Mirabel facility is also pushing the envelope of Remotely Piloted Aircraft Systems, which in January included running flight tests for the first alternate configuration of the company’s Autonomous Pod Transport (APT). The testing was conducted on December 11 at Mirabel in collaboration with ARA Robotics.

Bell explains the alternate platform operates with the same architecture and propulsion system of its tail-sitter aircraft but utilizing a different airframe. The purpose of the project, according to Bell, was to explore variations in the design and evaluate changes in performance, autonomy and user interactions.

Airbus Helicopters in January updated in-flight tests being performed on board its Flightlab demonstrater, described as a platform-agnostic flying laboratory dedicated to maturing new technologies. Airbus explains Flightlab provides an agile and efficient testbed to quickly test technologies that could later equip Airbus’ current helicopter range, and even more disruptive ones for future fixed-wing aircraft or eVTOL platforms.

In late-February, California-based Archer Aviation, led in part by the former chief engineer on Airbus’ Vahana eVTOL program, announced plans to launch its first UAM network in Los Angeles by 2024. Just days earlier, Archer, which is still to unveil a prototype, received a boost from United Airlines with a deal to purchase up to 200 Archer eVOTLs to help customers in urban areas reach the airport. That announcement surrounded Archer’s plans to go public through a special purpose acquisition company (SPAC) to help generate funds for its eVTOL development. This move mirrors another SPAC creation by the founders of Joby Aviation. | W