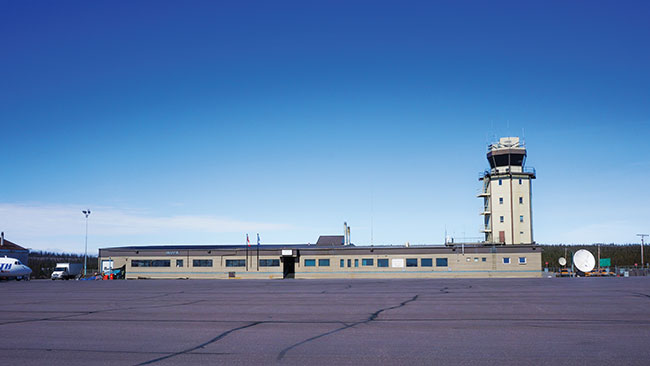 The Canadian Federal government in March 2021 introduced the Regional Air Transportation Initiative (RATI) to support the continuation of existing air routes and to ensure airports remain operational as they adapt to new economic realities created by the Covid-19 pandemic. With a national budget of $206 million, the government in June began to award some of its RATI funding to help prop up dozens of smaller airports and the many communities that depend on them.

This support, along with a range of other well-funded programs, arrives after a long delay since the pandemic began in March 2020 and, as we later learned, just before the Liberal government on August 15 moved for a snap election on September 20, 2021. Regardless of the potential for cynicism because of this timing, more support for aviation – and acknowledging the dynamics of its local importance to a country as large as Canada – has started to flow into areas where it is greatly needed.

Canada’s northern and remote regions received much of the initial funding, which can certainly help tamper any cynicism, including a combined $42 million for the construction of a new air terminal building at the Inuvik Mike Zubko Airport, YEV. The Government of Canada is investing $31.5 million into this project through the Green Infrastructure Stream of the Investing in Canada plan and the Government of the Northwest Territories is providing $10.5 million.

Keeping proper track of all of the new Federal and provincial funding programs for industry at large will be a momentous task placed on Ottawa over the next few years. As the Canadian Owners and Pilots Association (COPA) pointed out in mid-August, regional airports stand to gain from at least three different streams, including Transport Canada’s Airport Critical Infrastructure Program (ACIP); RATI, which is being administered regionally; and a third relief fund for projects to enhance airport operations and safety. Combined, COPA notes these three funds will provide slightly more than $760 million over the next two to five years.

In mid-July, the Liberal government announced an investment of up to $440 million in Quebec’s aerospace industry to subsidize large companies operating in a key sector of the province’s economy. Coupled with $245 million from the Quebec government, the new aid package for the aerospace sector will total as much as $693 million, primarily earmarked for progressive programs underway at Bell Textron Canada, CAE and Pratt & Whitney Canada. The projects include Pratt’s development of  a hybrid electric turboprop engine for a Dash 8-100 in cooperation with De Havilland Aircraft, as well as Bell Textron Canada’s focus on lower-emission helicopters, namely its Electrically Distributed Anti-Torque system and potentially industry-altering variants.

Ottawa states this money invested into Quebec alone should create or support 12,000 jobs and make internships available to more than 6,200 students. The Liberals also announced an investment of $92.5 million over three years in Quebec under the Aerospace Regional Recovery Initiative, which is a fund dedicated to help small- and medium-sized firms recover from the pandemic. Quebec is as important to any Federal election win as it is to the future of Canadian aviation.

Despite all of the money starting to flow into aviation, the industry now faces a significant challenge in the newly proposed January 2022 Luxury Tax (see Steven Sitcoff’s article on page 24 for a detailed breakdown of what he describes as “several troubling concerns”). The purpose of using the term Luxury Tax is not lost on members of the aviation industry, even if the true impact of the tax may not have been properly assessed by the government. | W