Bombardier Aerospace and Air Canada stole headlines in mid-February with the very welcome news that the aircraft finally has it first North American customer. 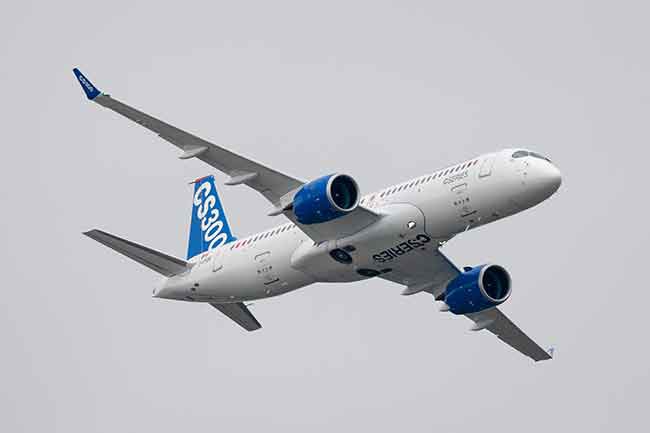 This is consistent with how we buy aircraft with other manufacturers. Bombardier Aerospace and Air Canada stole headlines in mid-February

Air Canada’s US$3.8 billion deal for 45 CS300 aircraft – with an option for 30 more CS300 aircraft (or smaller CS100s given the specific circumstances) was music to the ears of Bombardier’s commercial aviation team and it took some of the sting out of a concurrent announcement that the company is continuing its restructuring efforts in a big way, laying off some 7,000 workers globally in both the aerospace and rail sectors (for more, see “C Series breakthrough,” pg. 12).

The C Series announcement was painfully necessary for Bombardier, and while cynics may wonder about government influence in the deal, Air Canada president and CEO Calin Rovinescu made it clear that the purchase decision was not based on government pressure, just prudent judgment and careful analysis of what the competition had to offer. “To get the Letter of Intent (LOI) took months,” he said. “This is consistent with how we buy aircraft with other manufacturers.”

Bombardier is indeed faced with challenging economic conditions as it tries to make headway in the tight single-aisle 100- to 150-seat market. And despite a robust forecast from Boeing of 38,050 new airplanes valued at some $5.6 trillion over the next two decades – of which the single-aisle class (90 to 230 seats) represents a huge growth proposition – major global airlines have a bevy of innovative and worthy choices as well as the C Series: Boeing (737 series), Airbus (A320 series), Embraer (E-Jets) and China’s new Comac C919.

Boeing’s 737 MAX 8 took to the skies for the first time in February and has drawn rave reviews for its innovative construction, fuel efficient design, range and flight capabilities. It remains on track for an introduction into service by Southwest Airlines for the third quarter of 2017.

Not to be outdone, Airbus’ A320neo marked its own milestone in late January as the Lufthansa Group, Airbus’ largest customer and operator, took delivery of its first A320neo. Lufthansa is the first global airline to receive the neo. The aircraft is powered by Pratt & Whitney’s PurePower Geared Turbofan engines, which help the aircraft reduce emissions and noise and drive fuel costs down.

The C Series is also a worthy competitor. It has the goods and technological acumen to make a difference in a big way. Pratt & Whitney president Bob Leduc, for one, is a believer. Pratt makes the engines for the aircraft (two PW1500G engines for both the CS100 and CS300) and he noted at the Singapore Airshow that the program is on the right path. When asked if he was worried about its future, he told Reuters, “I don’t think I am, because I find it hard to believe the government will let them fail.”

Making headway in this market will be difficult but the rewards will be staggering. A new forecast from Embraer released at the Singapore Airshow mirrors the Boeing report. Embraer predicts global airlines will take delivery of some 1,570 new jets in the Asia-Pacific region in the 70- to 130-seat segment over the next two decades valued at $75 billion. Market demand globally puts the numbers at 6,350 new jets valued at more than US$300 billion.

All of the aircraft in this segment have sound attributes and advantages and the C Series faces a difficult challenge. But with persistence and patience, it can find a piece of the action. The Air Canada deal brings optimism and hope for future success.