In editing David Carr’s excellent feature on the 100th anniversary of global aerospace icon The Boeing Company and its immeasurable influence in the development of military aircraft, commercial aircraft and space technology, (see, “Boeing: A century of innovation,” page 28), I began to reminisce about one of the most enjoyable journalistic experiences I have had as the editor of Wings magazine. 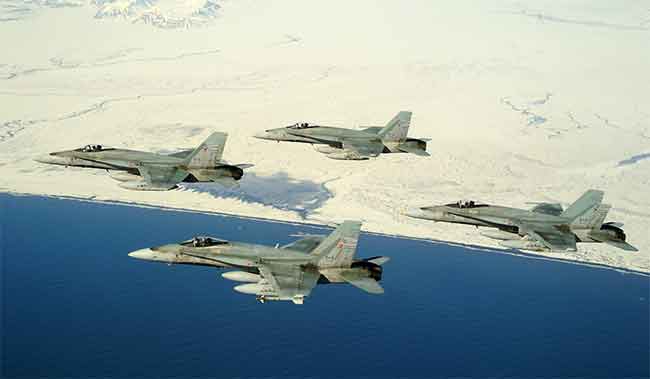 “The Boeing facility was especially fascinating to me given its incredible influence on the world stage.” 100th anniversary of global aerospace icon

A few years back, Ken Webb, executive director of the Manitoba Aerospace Association, invited me out to Winnipeg to get a closer look at the province’s aerospace footprint. For those of you who are unfamiliar with Manitoba’s aerospace exploits, take note: this is one of the most closely knit clusters in the country with strong collaboration between academia, industry and government.

Three world-class firms lead the way here in terms of their far-reaching global influence – StandardAero, Magellan Aerospace and Boeing Technology Canada – yet there are 23 established regional and national firms mixed in with several outstanding academic institutions working in unison to drive aerospace growth.

Ken and I hit the pavement at 7 a.m. and didn’t stop until the wee hours of the evening. I was amazed at some of the innovative, technologically advanced aerospace achievements. The Boeing facility was especially fascinating given its longevity and incredible influence on the world stage, meeting high-volume and stringent production demands from global airlines. Boeing Winnipeg is one of the largest aerospace composite manufacturers in the country, employing more than 1,400 people in 80,000 sq. ft. of workspace covering two facilities.

The level of commitment on the shop floor to various procedures and ingenuity in manufacturing procedure was inspiring, and it made me stop and consider where such passion comes from – an intrinsic element of the company’s DNA as Jim Barnes, Boeing defence, space and security business development director for Canada, notes in Carr’s feature.

Such passion isn’t just found at the facility; it’s also shown in the boardroom. Take Wendy Sowers for example. The Director of the Boeing Company’s annual market forecast gave an informative and stirring (at least to me) presentation at this year’s excellent 27th Canadian Airline Investment Forum in Toronto. Boeing’s long-term outlook on the commercial side shows robust growth.

In 2015, for example, global airlines took delivery of new hardware worth more than $122 billion. With high demand in Asia-Pacific, North America, Europe and the Middle East, that market share is expected to increase to $172 billion by 2020. And with a forecast need of some 38,050 commercial aircraft over the next 20 years, there should be plenty of continued opportunity for growth both in Canada and abroad.

Opportunity is not restricted to just the commercial side. Military products such as the CH-18 Hornet, C-17 Globemaster and CH-147 Chinooks – stalwarts of the Royal Canadian Air Force (RCAF) – are in high demand, as countries look to replace aging fleets and augment resources. At The Boeing Company, the future looks very bright indeed. Congratulations on a century of innovation and influence! It’s truly a remarkable achievement.