In the long term, Lockheed Martin’s announced acquisition of Sikorsky Helicopters will likely have little impact on Canadian aviation, civil or defence. In the short term, however, it could mean further delays for the aptly named Cyclone program’s twisted path just when deliveries of the CH-148 are starting. 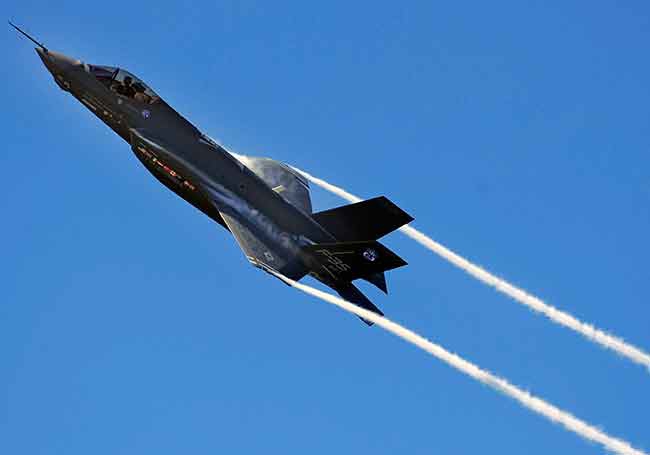 Sikorsky had already announced a workforce reduction scheme before United Technologies Corporation put the U.S. rotorcraft manufacturer up for auction. And when the US$9 billion (CAD $11.6) sale was announced in July, Lockheed Martin officials indicated they expected about $150 million in “synergies,” or code for job cuts from duplication. So, no surprise that Sikorsky’s 18,000 employees are going to be nervous for awhile about takeover integration on top of restructure, and may not perform at peak production.

Few of those workers are in Canada. Sikorsky-owned Composite Technology has a small team in Winnipeg, Man., doing repair and modification of rotor blades, and Wisconsin-headquartered Derco Aerospace, performs maintenance services for some Canadian military equipment in Abbotsford, B.C. Lockheed Martin Canada, which claims a business presence in the country since 1937, has more than 800 people supporting military combat systems and government information technology, including the Statistics Canada online census.

Marillyn Hewson, Lockheed chairman, CEO and president, explained they’re buying at a time when Sikorsky’s financials have dropped due to lower revenue from commercial oil and gas customers. Chief financial officer Bruce Tanner added, “This is a long-term business. We’re not buying this business for the next three years. We’re buying for the next three decades.”

Bethesda, Maryland-headquartered Lockheed (112,000 employees worldwide) hopes to wrap up the Sikorsky deal by the end of 2015 or early 2016 at the latest. First, it must pass muster with U.S. Department of Defense and Department of Justice antitrust regulators, which is not necessarily automatic. As recently as this spring, for example, the DOJ was reportedly prepared to block the merger of cable television giants Comcast and Time Warner (which the two companies subsequently called off). In 1998, Lockheed Martin abandoned its planned $8.3 billion acquisition of Northrop Grumman when the government opposed it. In effect, the DOD has unofficially ruled out mergers among the top five American defence contractors (Lockheed, Boeing, General Dynamics, Raytheon, Northrop Grumman).

“I think this Pentagon is going to take a real and serious look at this,” said Jeff Bialos, a partner in the American law firm of Sutherland Asbill & Brennan who previously served as the U.S. Deputy Under Secretary of Defense for Industrial Affairs. “I don’t ascribe to the view that it’s ‘green-lighted.’ Antitrust is an area where the facts matter. You can’t get the answer to this deal until you delve into the facts at length.”

Dr. Loren Thompson, chief operator officer of the non-profit (but defense contractor-funded) Lexington Institute think tank, stated, “The Sikorsky transaction is probably the biggest domestic defense acquisition that Lockheed Martin could have accomplished without running afoul of regulators. Because Lockheed Martin does not currently assemble rotorcraft, adding Sikorsky to its holdings would not materially increase concentration in any particular segment of the domestic defense market.”

Cyclone – not Sikorsky’s flagship
Canadian defence officials certainly hope the Lockheed-Sikorsky integration won’t negatively impact the long-suffering Maritime Helicopter Project. After all, the Royal Canadian Air Force (RCAF) just took delivery of the first six of 28 planned CH-148 aircraft. It only took 11 years to get those – the original contract was awarded to Sikorsky in 2004.

But wait. The delivered Cyclones are not fully ready for prime time. They already need an upgrade. Department of National Defence spokesman Dan Le Bouthillier said the General Electric CT7-8A7 engines are a tad underpowered for some missions, such as high-density altitudes in hot conditions. “Sikorsky is designing improvements to the engines to increase their power output for a very few circumstances,” said Le Bouthillier. And while they’re at it, they’ll also install improved self-protection systems, mission systems and communications, plus upgrade tactical displays.

The first fully capable CH-148 Cyclone? Try 2018. All 28? By 2021, according to current minister of defence Jason Kenney – 17 years after the S-92 variant was chosen to replace the RCAF’s Sea Kings for submarine warfare, surveillance, and search-and-rescue missions from Royal Canadian Navy warships. The CH-148 will also provide some tactical transport.

Peter MacKay, former defence minister and current minister of justice, tagged the Maritime Helicopter Project as “the worst procurement in the history of Canada.” The program actually traces to 1986 under the name New Shipborne Aircraft Project. The Progressive Conservatives selected the EH-101 and signed a contract with AgustaWestland; when the Liberal party came to power, the contract was cancelled (at an estimated cost of CAD $500 million).

After the procurement re-started, the Sikorsky-led team (which also includes General Dynamics Canada and L-3) was awarded the contract in November 2004. The first flight took place in 2008. But in 2010, Sikorsky announced a replacement engine promising 10 per cent more horsepower (the engine that turned out to not be quite sufficient). The U.S. government added some export restrictions. And by 2013, deliveries of “interim” aircraft lacking certain “mission critical” systems were rejected by the Canadian government, and they announced they were re-evaluating the program. An independent third party was engaged to review and assess the project’s viability.

The following year, the 30-minute run-dry main gearbox – defined as mandatory in the original Request for Quote – was deleted from the specification. (Oil loss in the main gearbox, followed by several other factors, caused the 2009 crash of a Cougar Helicopters civil S-92 off the coast of Newfoundland in which 17 persons died.) Sikorsky is also having issues with the design of a gear box rod for U.S. Marine Corps CH-53K helicopters.

The original pair of Cyclone contracts totalled CAD $5 billion, $1.8 billion for acquisition of the 28 aircraft and $3.2 billion for 20 years of in-service support, including a training facility. The total value of the CH-148 project is now CAD $7.6 billion – $1.9 billion for development and production and $5.7 billion contractor support. Reportedly Sikorsky has been fined hundreds of millions of dollars for delays.

The RCAF’s 27 CH-124 Sikorsky Sea Kings, the oldest aircraft in the inventory, have been in service since 1963.

In the wake of the Lockheed acquisition announcement, a federal Department of Works spokesperson assured: “Everything agreed to between the government and Sikorsky remains on track. The government is committed to ensuring that the Canadian Armed Forces get the maritime helicopters they need, at the best possible value to Canadians.”

Stealth fighter in holding pattern
Canada’s most significant fixed-wing procurement, Lockheed Martin’s F-35 Lightning II, aka the Joint Strike Fighter, has its own challenges. For the moment, the intent to purchase 65 of the fifth-generation fighters at a cost of about CAD $16 billion is on hold until after the October federal elections.

In the meantime, critics are growing impatient. “The F-35 will find itself outmaneuvered, outgunned, out of range, and visible to enemy sensors,” warned the National Security Network, a progressive Washington think-tank. “Going forward, full investment in the F-35 would be to place a bad trillion-dollar bet on the future of airpower based on flawed assumptions and an underperforming aircraft. To avoid such a catastrophic outcome, Congress and the DOD should begin the process of considering alternatives to a large-scale commitment to the F-35.”

The report claims the F-35’s internal payload bay is too small to be effective in modern air-to-air engagements; its relatively short operating range will limit its capability in geographically large areas (like the Asia-Pacific region); and it relies too much on stealth technology that will grow increasingly obsolete as air defences improve over time.

In June, an unclassified brief written by an F-35 test pilot reported that, in simulated air-to-air “dogfighting” against an F-16D, the 1980s-vintage F-16 consistently outmaneuvered the new fighter. Indeed, the F-35 could not escape from the Falcon. Lockheed’s response: “The F-35’s technology is designed to engage, shoot, and kill its enemy from long distances, not necessarily in visual ‘dogfighting’ situations.’ ”

Nonetheless, the U.S. Marine Corps Gen. Joe Dunford, Jr., who is also the incoming Chairman of the Joint Chiefs, declared the F-35B jump-jet model achieved initial operational capability in July. Alison Orne, the Pentagon’s head of the F-35 program, said there are more than 130 jets in service today “and by the end of the decade, more than 650 jets will be flying worldwide.”

Canadian officials would like to see the cost of the F-35 come down. The target is US$85 million but current production models are running in the $120 million range. One concern is that if the committed purchases continue to decline, the per-unit costs will grow rather than shrink. Gen. Dunford himself has cautioned on American procurement plans: “Given the evolving defense strategy and the latest Defense Planning Guidance, we are presently taking the newest strategic foundation and analyzing whether 2,443 aircraft is the correct number.”

Pulling out of the F-35 program may not be a pleasant option either. Lockheed has estimated that the Canadian industry could potentially receive $10-12 billion of contracts over the next three or four decades if the anticipated 3,000 total planes are built. More than 70 Canadian companies have already secured work on the F-35 project with a value of more than $500 million.

Canada has been involved in the Joint Strike Fighter Program since 1997 and is a Level 3 participant, together with Norway, Denmark, Turkey and Australia. Five years ago, the Harper government announced it would replace its CF-18 fighter fleet with F-35s via a sole-sourced contract. Initial deliveries were targeted for 2016.

A contempt of Parliament finding over the sole-source plan became an issue in the 2011 election, and the F-35 procurement has been pretty much “studied” ever since. A 2012 KPMG report warned that the total bill, including service and support, could be as much as $45.8 billion over 42 years. And in 2014, University of British Columbia academic Michael Byers predicted the full lifetime bill for Lightning II jets would hit at least $56 billion and possibly soar to $126 billion.

Meantime, the 54 active CF-18 Hornets (also 1980s vintage, by the way) will continue flying through at least 2025, thanks to a modernization program.

Other irons in the fire
Prior to the acquisition announcement, Lockheed Martin and Sikorsky were already partnered on several large military helicopter contracts – the U.S. presidential helicopter known as Marine One, a new search-and-rescue helicopter for the U.S. Air Force, and a $2 billion contract to repair, overhaul, and modify more than 1,700 U.S. Navy Sea Hawk helicopters.

By acquiring Sikorsky, Lockheed is virtually assured of being on the winning team for the U.S. Army’s 2018 Future Vertical Lift competition to produce aircraft that can take off like a helicopter and cruise at far faster speeds than today’s utility helicopters. Sikorsky is partnered with Boeing, competing against Textron’s Bell Helicopter, whose team is bidding cockpit, avionics, and other systems from Lockheed.

Montreal-based Bombardier is joining the Lockheed-Raytheon team to build a replacement for the aging JSTARS (Joint Surveillance Targeting and Attack Radar System) aircraft.

There’s also speculation that Lockheed Martin may bid a variant of the C-130 Hercules for Canada’s fixed wing search-and-rescue (FWSAR) project, expected to be awarded next year. Canadian forces, of course, have operated the venerable Lockheed C-130 Hercules for more than half a century: the CC-130E beginning in 1960, the current CC-130H since 1996, and the CC-130J Hercules effective 4 June 2010, six months ahead of the original scheduled delivery date.