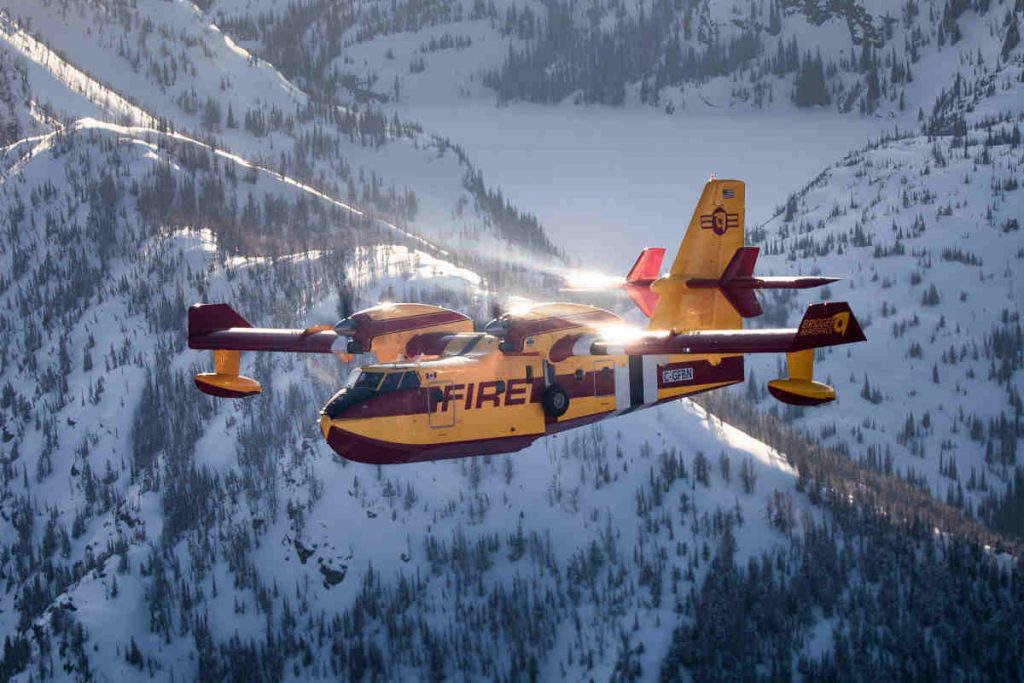 Longview Aviation Services of Calgary, in cooperation with its subsidiary Viking Air based in Victoria, BC, delivered the first CL-415EAF Enhanced Aerial Firefighter aircraft to Bridger Aerospace Group.

Bridger signed a purchase agreement – valued at$204 million – for six such aircraft back in May of 2018. The first Canadair CL-215 to undergo the major modification into the EAF (Enhanced Aerial Firefighter) configuration took its inaugural flight on March 9th, 2020, outside of program-collaborator Cascade Aerospace’s facility in Abbotsford, BC.

After applying Bridger’s livery to the new CL-415EAF in Spokane, Washington, at International Aerospace Coatings’ facility, the aircraft – with manufacturer’s serial number 1081 – flew over the central Rocky Mountain range to Bozeman, Montana, in advance of the 2020 North American wildfire season. Bridger and its affiliate companies were founded in this city in 2014 and have been flying in support of the U.S. forest firefighting sector since that year.

“Aggressive Initial Attack and advanced technology in support of the wildland firefighter are the core of Bridger’s ethos,” said Tim Sheehy, founder and CEO of Bridger Aerospace. “The Viking CL-415EAF is the most capable initial attack asset on the planet and we are proud to be the launch customer for this incredible capability.”

This Enhanced Aerial Firefighter modification program is part of what Longview Aviation describes as staged approach to utilize the advancements made with the converted aircraft as the basis for the next-generation Viking CL-515 new-production aircraft.