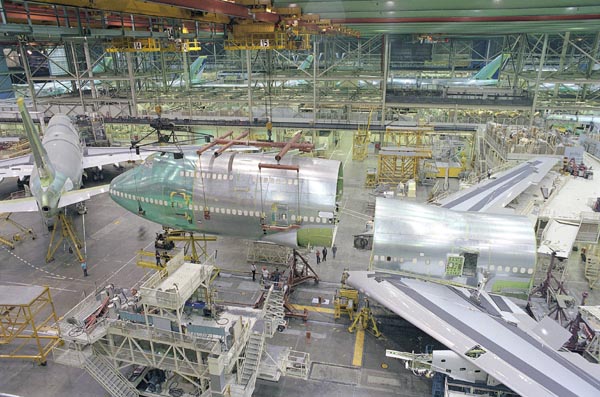 Nov. 03, 2008, Seattle, WA – Yesterday, striking Boeing machinists in Washington, Oregon and Kansas voted to ratify a new four-year contract that includes excellent wages and an industry-leading pension. About 27,000 employees represented by the International Association of Machinists and Aerospace Workers (IAM) will begin returning to work with the third shift Nov. 2, ending a 58-day walkout.

"We're looking forward to having our team back together to resume the work of building airplanes for our customers," said Scott Carson, Boeing Commercial Airplanes president and CEO. "This new contract addresses the union's job security issues while enabling Boeing to retain the flexibility needed to run the business. It rewards employees for their contribution to our success with industry-leading pay and benefits and allows us to remain competitive."

The contract calls for general wage increases of 15 percent over four years, an immediate 16 percent pension increase and lump-sum payments of at least $8,000 over the life of the agreement.

The new contract is for four years, longer than Boeing has typically negotiated with the IAM, which adds to long-term stability for Boeing, its employees, customers, suppliers and communities.