Yoshihide Muroya of Japan, who was the 2017 World Champion of the Red Bull Air Race, today took the poll position in the series’ 2019 season opener in Abu Dhabi, UAE, after clocking the fastest time at 53.024. Canadian Pete McLeod took second place in qualifying at 53.240 and the United States’ Michael Goulian earned third at 53.400. 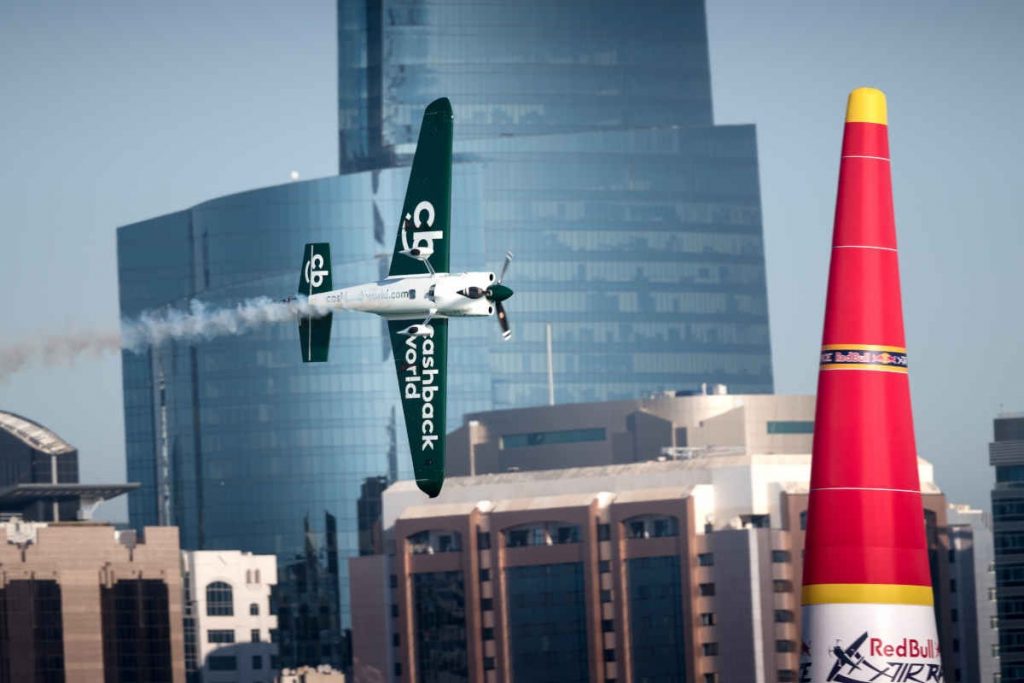 Among the 14 international Master Class pilots schedulet to compete in each of this season’s eight races, the three fastest qualifying times are critical in 2019, because, for the first time since 2010, points are awarded in Qualifying: three points for the fastest, two for second place and one for third. The winner of tomorrow’s race, taking place in less than 24 hours, will receive 25 points.

Based on a post-race technical inspection, however, the Race Committee decided not to award McLeod two points due to the fact that one magneto was out of the limit on his raceplane. Organizers explain it was apparent that the issue was not intentional, and so McLeod maintained his second-place ranking.

“This is just three points, but at the end of the year maybe it’s going to be a big three points. It’s really important to collect as many q¬ualifying points as possible, and this is a really good start,” said Muroya. “We were sometimes struggling with Over-Gs last year – we prepared a lot for that, and for now it’s working out. My head-to-head against Nicolas Ivanoff tomorrow will not be easy – he has a fairly new engine – but I will stick with the same plan, same tactics, same lines, and we will see.”

Muroya, who last year placed second in Abu Dhabi on the same racetrack, has not won a race since he clinched the 2017 overall title. Defending World Champion Martin Šonka of the Czech Republic finished fourth in today’s qualifying, exactly a half second behind Muroya. The entire field of 14 pilots were separated by just 1.568 seconds.

Qualifying determines the brackets for the head-to-head heats of the opening round of Race Day on Saturday, including:

• Muroya versus Nicolas Ivanoff of France, who won the Abu Dhabi race in 2016

• Goulian versus Petr Kopfstein (CZE), who is breaking in a new engine

• Šonka, who took his career-first race win in Abu Dhabi in 2017. versus Cristian Bolton of Chile

• François Le Vot of France versus Juan Velarde of Spain