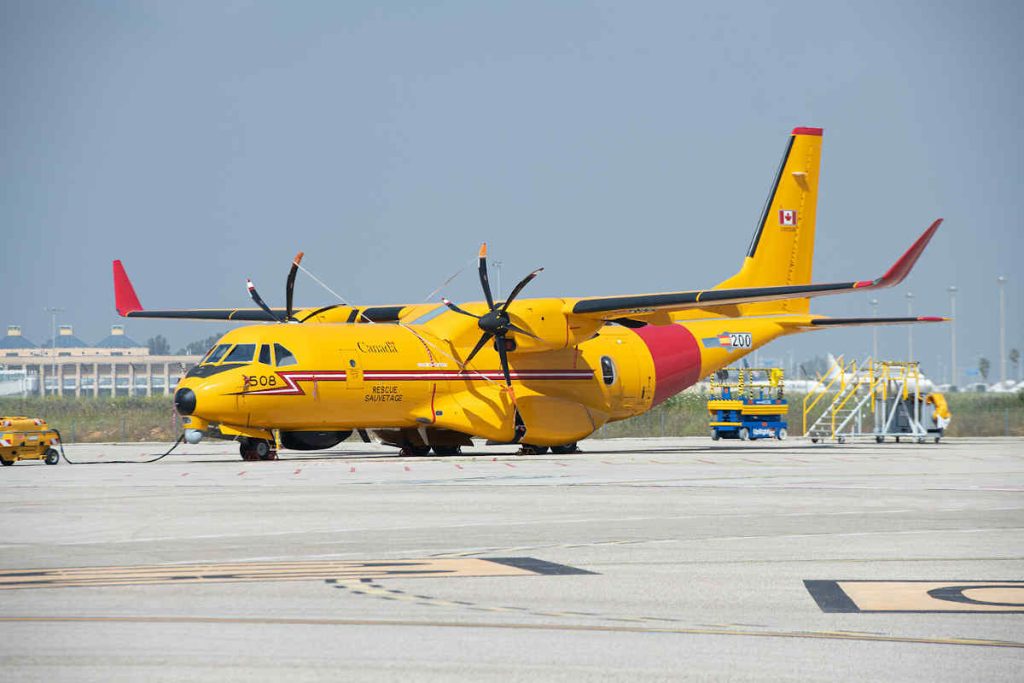 The RCAF named the CC-295 as the Kingfisher fleet back in November 2020. (Photo: Airbus)

OTTAWA — The Royal Canadian Air Force is relocating two aircraft from Winnipeg to Vancouver Island to address a gap in Canada’s search-and-rescue coverage, the result of yet another delay in Canada’s troubled military procurement system.

Air Force commander Lt.-Gen. Al Meinzinger laid out the plan to base two Hercules aircraft at Canadian Forces Base Comox as officials revealed the military’s new Kingfisher search-and-rescue planes won’t be ready for another three years.

The delay combined with the retirement in January of the military’s last six ancient Buffalo aircraft has left the military without enough planes to properly respond to emergencies on Canada’s West Coast.

While the redeployment of two of the four Hercules aircraft currently in Winnipeg will help address the resulting gap until the Kingfishers are ready, Meinzinger acknowledged the move will impact the squadron’s other tasks.

Those include providing air-to-air refuelling to fighter jets tasked with defending North American airspace from Russian bombers and other threats, and transporting troops and equipment around Canada and the world.

“As we sit today, obviously, they’ve got an additional line of task,” he said in an interview. “So it will diminish, logically, their ability to do other tasks.”

The Canadian Armed Forces is facing a growing number of gaps as the military procurement system struggles to deliver new equipment before existing hardware must be taken out of service or retired.

Aside from the Buffaloes, the military has been forced to retire several old naval vessels before replacements are ready. The clock is also ticking on its CF-18 fighter jets and Halifax-class frigates, both of which are already past their expected lifespans.

The government receives about 10,000 distress calls a year, and while most are handled by the provinces or territories, with police and volunteers tasked with responding, the military answers about 750 of the highest-risk calls.

Military search-and-rescue personnel often use specialized airplanes and helicopters to parachute or rappel into remote areas, such as mountains, the High Arctic or one of Canada’s three oceans to respond to plane crashes and sinking ships.

Following more than 15 years of controversy and start-stop effort to buy replacements for the Buffalo and older-model Hercules aircraft used to save Canadians every year, Canada announced in 2016 that it was buying 16 Kingfishers for $2.75 billion after tax.

The deal with European aerospace giant Airbus originally said the aircraft would be operational by 2020. But technical issues and the COVID-19 pandemic pushed the schedule back to 2022, while the total cost has increased to $2.9 billion.

The Defence Department’s procurement chief, assistant deputy minister of materiel Troy Crosby, attributed the latest delay to ongoing testing to ensure the aircraft operates as expected. Airbus is also working on proper manuals for the plane, he added.

While the Kingfisher is based on the Airbus C-295 military transport used by more than a dozen countries around the world, the version that Canada is buying includes about 30 modifications to the basic design.

Some of those modifications were required to meet the Air Force’s mandatory requirements, Crosby said, while others were optional and added by Airbus in an apparent effort to improve its bid.

Concerns about companies over-promising and under-delivering have been raised with other military procurements, most notably the Cyclone maritime helicopters being built by Sikorsky.

While the Cyclones are now in use on the Halifax-class frigates after more than a decade of developmental issues and delays, software problems and tail cracks have led to a number of incidents, including a fatal crash in April 2020.

Crosby defended the government’s process for evaluating bids for new Armed Forces equipment, describing it as a “complex business” given the nature of the technology and hardware and how it must interact with other military systems.

At the same time, he said the federal government is holding back some of the money owed to Airbus until the company delivers what it promised. Crosby would not comment on whether any legal action was being contemplated or underway.

Airbus spokeswoman Annabelle Duchesne in a statement on Wednesday said the company is “fully committed to improve the situation” and that work is underway to ensure as little impact as possible on Canada’s search-and-rescue services.

While acknowledging the Kingfisher’s delay will stretch the Air Force, Meinzinger added: “We cannot and we’re not going to rush the aircraft. … So it’s about doing that critical work to ensure the aircraft and the people are ready.”