Features Airports
Nain’s airport is sinking into the ocean 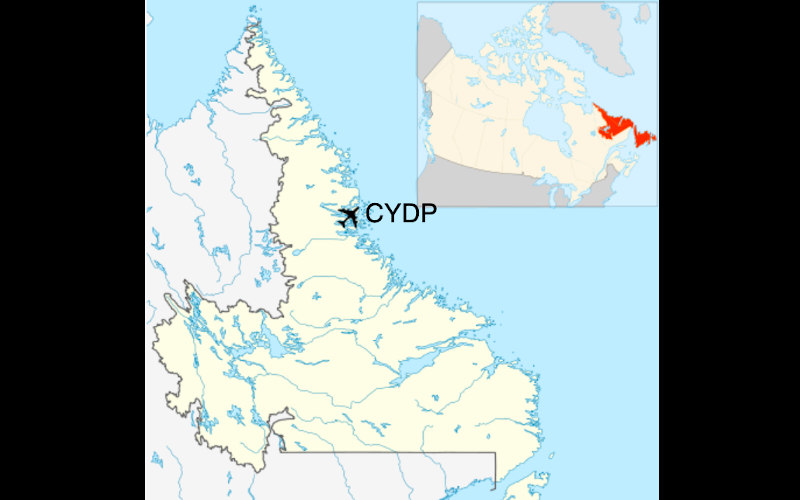 A recent pre-feasibility study shows the Nain airstrip in Newfoundland and Labrador is slowly sinking into the ocean and needs to be replaced. (Image: Wikipedia)

The deteriorating airstrip in Nain has been a hot topic in Labrador recently, even coming up in the House of Assembly two weeks ago.

The lack of lighting on the runway has been an issue for a long time and a recent pre-feasibility study showed what locals had been saying for years — that the airstrip was slowly sinking into the ocean and needs to be replaced.

Tyler Edmunds, First Minister of the Nunatsiavut Government, said they’ve been trying to advance the issue for a long time and are having trouble getting the provincial and federal governments to commit.

He says the province refused to partner on the pre-feasibility study and Nunatsiavut had to fund it themselves in partnership with Atlantic Canada Opportunities Agency (ACOA), a federal government entity. The next step is a feasibility report, which will cost about $6.5 million and take a couple of years to complete.

The Nunatsiavut government has been made aware of potential funding for that under the National Trade Corridors Fund through Transport Canada, Edmunds said, but are concerned that it would need to be cost-shared between the province and the federal government.

“There’s been a lot of reluctance from the province to put any contributions toward this project,” he said. “We’re trying to work with them and Transport Canada and MP (Yvonne) Jones to bring the federal contribution up but that’s going to be difficult so we have to look at other federal departments to find out what funding we can use, not just to fund the feasibility study but potentially the actual airport itself.”

The projected cost of the new airstrip and airport would be about $65 million, and Edmunds said while they would expect the lion’s share of that from the federal government, but the province would need to chip in, too.

He said a barrier that has slowed down this project has been both levels of government saying it’s the other’s responsibility. The federal government built the airstrip but passed it over to the province in the 1980s, providing some funding for the maintenance.

“For (the provincial government) to say we don’t own the infrastructure and to be passed back and forth is unacceptable. At the end of the day, this is still a community within Newfoundland and Labrador, the largest Inuit community in the province,” he said.

“The province has to just stop playing this game of shirking responsibility and they have to be involved in this file. We understand the federal government is going to have to be a very big partner but the reluctance of the province to even participate in the pre-feasibility study, that shouldn’t be.”

Edmunds said it’s frustrating the provincial government hasn’t been supportive of the project or willing to come on side in the past, but he hopes that can change.

Derrick Bragg, the newly minted minister of Transportation and Infrastructure for Newfoundland and Labrador, told SaltWire he hadn’t had an opportunity yet to meet with the federal government about the airport, but he hopes to do so before Christmas.

“We’ll need the feds, I can’t say that enough,” he said. “Provincially we don’t have the money in our coffers to be able to fund a new airstrip. The feasibility study and where we go, that’s going to have to be a meeting between me and the federal minister. Since I’ve been in this position, I haven’t had the chance to do that yet.”

Jones met with Nunatsiavut officials in Nain recently and said the issue was one of the top priorities. She hadn’t had an opportunity to meet with Premier Andrew Furey or Bragg since they took on the new roles at the time of the interview, she said, but she did meet Furey this week in Nain when he meets with Nunatsiavut representatives, his first trip as premier to the coast.

How the feasibility study will move forward is something she wants to discuss with him, she said.

“Most of our federal programs are cost-shared and at the time, two years ago, the province was not prepared to cost-share in that pre-feasibility study so we found a way to do it directly in partnership with Nunatsiavut. But, going forward, it’s a different government, a different administration, and so we’ll be reaching out to work with them on how everyone can play a role in trying to get through the next phase of the project.”

Edmunds said it’s nice to hear support from the federal representative from the region, but he wants to see some tangible commitments on the project both levels of government.

Edmunds said he’s worried the community airstrip might not last long enough for the construction of a new one if things don’t move forward soon.

There are parts of the feasibility study that will take years, he said, such as gathering weather data. Then they have to secure funding and actually construct the airport, which could take another two to three years. There was about $1 million of work done on the airstrip recently by the provincial government, he said, but those are only temporary solutions.

“Time is not on our side right now and it’s frustrating that we’re having this difficulty in securing funding and a commitment from the province to work with us and move this file forward,” he said. “It needs to move forward now.”

Jones said with the current repairs the airstrip should have a life of between seven and 10 years and if they can move forward, the new airstrip will be done by then.

“It’s moving, probably not as fast as some would like but we’ve been putting money into this as a federal government project and we’re prepared to continue to do that,” she said. “It’s a huge project, not something you’re going to complete overnight but, if everything falls in line, it will be within the timeline that has been projected for the existing airport operation.”