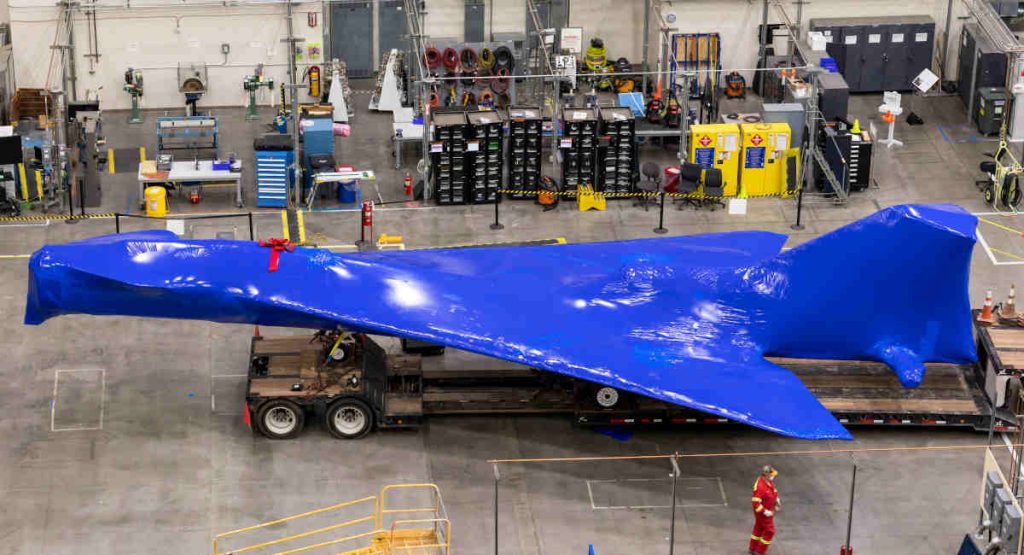 The X-59 in early January was wrapped up in blue for a temporary move from Lockheed Martin’s Skunk Works in California to its facilities in Texas, where ground tests will determine how the aircraft design can withstand the loads and stresses of flight. The team will also calibrate and test the fuel systems before the X-59 makes the journey back to California for more tests and completion.

NASA explains the X-59 is designed to reduce the loudness of the sonic boom, which occurs when an aircraft flies faster than the speed of sound, to a gentle, quiet sonic “thump”. The X-plane aims to demonstrate this in flights over communities around the U.S. starting in 2024, as NASA collects data that could open the future to commercial supersonic flights over land.