Canada is the second-most attractive country for aerospace manufacturing behind the United States, according to a new index rating produced by PricewaterhouseCoopers, up from fifth place last year. The 2018 index is based on a weighted score of category and subcategory rankings that include labour, infrastructure, industry, economy, cost, tax policy and geopolitical risk. 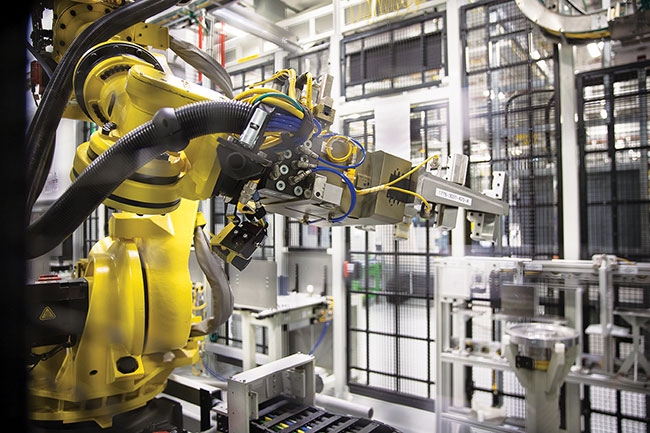 Canada has a similar aerospace profile to the U.S., with an educated labour force, stable government, relatively low costs, and good infrastructure, the study noted. In 2017, the industry contributed close to $25 billion to the Canadian economy and employed almost 190,000 people.

In 2017 globally, the Aerospace and Defence (A&D) sector reported record profits of US$77 billion, an 18 percent increase over the prior year, surpassing the previous record set in 2014. The top 100 A&D companies, by revenue, reported $728 billion in revenue, an increase of four percent over 2016. Operating margin also set an industry record at 10.6 per cent. This year, the A&D industry is poised to achieve new record results. “Over the last five years, the aerospace industry has become an increasingly important part of the economy, supported by global demand for Canadian exports. Canada is especially strong in the production of civilian flight simulators, business and regional aircraft, and turboprop and helicopter engines,” according to the PWC study.

There are several reasons for Canada’s improved performance, starting with the resolved dispute between Boeing and Bombardier over threatened tariffs from the U.S. If the tariffs had remained, it would have had a disastrous impact on local suppliers. The exit terms under Brexit have still not been hammered out, resulting in a lot of uncertainty in Europe, especially how the movement of goods and employees will be impacted. The exchange rate has helped Canadian industry in certain categories.

Probably one of the biggest factors affecting the industry is the acquisition of Bombardier’s CSeries program by Airbus which has since be renamed the Airbus A220. Airbus’ presence at Bombardier’s Mirabel manufacturing facility can only be positive for the local economy. One of the subcategories in the PricewaterhouseCoopers (PWC) study was profit margins in 2017 which improved significantly after two challenging years in 2015 and 2016. Labour relations have also improved compared to a lot of other countries in the study.

Canada and other top countries might want to keep an eye on Singapore which sits just behind Canada in third place, climbing from 11th in 2017. It offers a stable government and strong support of its aerospace industry. Singapore is capable of serving the entire Asia-Pacific region while attracting talent from neighbouring countries. And in these times of high production and low unemployment, 75 per cent of respondents of a survey by PWC said they are concerned with the availability of key skills. The need for talent will become even more critical in the next few years, as the Baby Boom Generation moves beyond traditional retirement age and the unavoidable loss of their expertise and knowledge.

Companies will need to ensure a smooth transition of talent by identifying key skills and developing plans to facilitate the transfer of knowledge. Given the increasingly technological nature of today’s business environment, skill sets that were once most in demand in aerospace and defense (A&D) are now highly desired by many other industries, placing A&D squarely in competition with the likes of Apple, Google, Amazon, Uber, tech startups and financial services organizations, according to PWC.

And Canada still faces steel and aluminum tariffs from the U.S., despite a new trade deal with the U.S. and Mexico, in addition to Canada’s counter measures which could impact our competitiveness. However, the tariffs are also starting to have a negative impact south of the border which may force congressmen and senators to pressure the White House to drop them.

Despite Canada’s rise to the number two position, while other countries have been increasing their investments in aerospace, this country has fallen from 8th place in 1992 to 18th place as a percentage of GDP spent on aerospace and hasn’t had a long-term plan to guide investments for decades. In addition, Canada’s aerospace manufacturing employment has declined five per cent and its GDP contributions have dropped four per cent since 2012, according to the Aerospace Industries Association of Canada (AIAC). Those are some of the reasons why AIAC launched Vision 2025, an initiative to start a new dialogue between industry, government and the public.

“It’s time for Canada to do a reset for the whole industry which is not doing badly, but has gone through a number of changes in the last 30 years,” said former Quebec Premier Jean Charest who is heading up Vision 2025. “During the 1990s, the federal government was a major source of support for the industry, but has pulled back somewhat. In Quebec, Investissement Québec has filled in some of the gap.”

The industry requires some sort of realignment in training programs, education programs and technical programs, among other areas, Charest pointed out and he plans to address those issues in a cross-country tour of major aerospace centres.

While his mandate is not necessarily seeking more financing for the industry, Charest said he will work closely with economic development and finance departments and noted that no country in the world with an aerospace sector doesn’t receive some type of government backing. The growth of the industry in Asia and other developing countries is staggering. “It’s the industry of the future as it is a knowledge-base industry and we’re recognized for it, but we can’t take it for granted and we lack a long-term vision, which is a weakness of the federal government,” Charest said. “There needs to be closer cooperation between both levels of government, the industry, the public and other stakeholders. We might be fifth in the world, but it’s not good enough. We can do better by tying all the pieces together. It’s a call to arms, but mostly it’s a positive situation as its part of our DNA.”

While Bay St. is wary about any new initiatives, Charest doesn’t expect any provincial rivalries, since the industry has a strong presence throughout the country, even in PEI, he noted. “There’s a reason why they’re called the Winnipeg Jets,” as a point of reference. Charest doesn’t want a prolonged process and hopes to have a report ready early next year in time for the next federal budget in April.

The choice of Charest to lead the initiative was a no-brainer, according to AIAC president and CEO Jim Quick. “He was the Premier of a province that made aerospace one of its priorities and he was also Deputy Prime Minister in Ottawa, who knew how to get things done.”

Even though Canadian aerospace’s share of science, technology, engineering and math workers is three times the national manufacturing average and the industry spends over $1.8 billion on research and development annually, it cannot afford to be complacent, says Quick. And like Charest, he believes all provinces will be on board with any new initiative to help the industry.

“If the regions are strong, the country is strong. Aerospace is growing and evolving at an unprecedented rate and we have a huge opportunity to leverage our advantage,” Quick explains. “But new markets and new technologies are disrupting the industry, while emerging countries are being aggressively pursuing other markets while increasing production at home. We have to ensure we don’t slip behind.”

At the rate the industry and technology is changing, the AIAC felt there needed to be a consensus and long-term strategy to keep up with the changes and to challenge the government to have the proper framework in place in addition to letting the public know how important aerospace is to the Canadian economy.

“The pitch to outside investors is that Canada’s aerospace industry is sustainable with a long-term outlook and a vision that will propel us forward with a full suite of government programs and incentives to help companies establish their businesses here.”

Given the heated competition coming from every corner of the globe, Canada will need every tool it can muster to stay ahead of the game and remain on top.