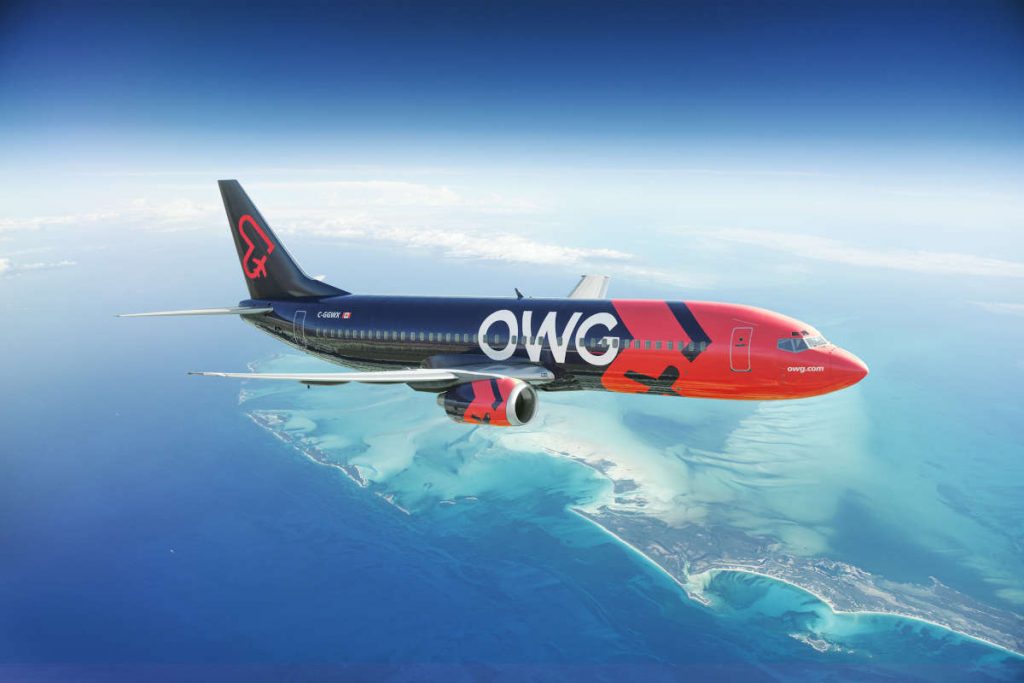 Nolinor Aviation of Mirabel, Quebec, on July 7 introduced a new airline called OWG to provide flights to southern destinations, including the Caribbean. For the past 27 years, Nolinor has provided charter transportation services primarily to northern Canada with its fleet of Boeing 737-200s.

Nolinor states it has been working on OWG since 2018 to position itself in the tourist flight market. This includes investing more than $1 million in what Nolinor describes as a think tank to reinvent the way things are done in the commercial aviation sector.

“The flight portion of your trip should be an integral part of your vacation,” said Marco Prud’homme, president, OWG. “Traditional airlines have chosen to cut the quality of their services year after year with no regard for the passenger experience. Our goal is to win the hearts of Quebecers with a new airline whose mission is to get travellers excited again.”

In May 2020, Nolinor announced it had acquired three Boeing 737-400s, which were being updated to seat 158 in economy-class configuration. The company explains it spent several million dollars to refurbish the interior of each plane with new, lighter and sturdier seats.

Nolinor states OWG will begin operations in the coming months and its destinations will be announced shortly. OWG received the authorization from the Minister of Transport to provide regular international flight service on July 6 2020.