Features
‘Not hiding’: Transport minister says Ottawa will be accountable on travel mess


January 13, 2023  By Stephanie Taylor and Mickey Djuric, The Canadian Press 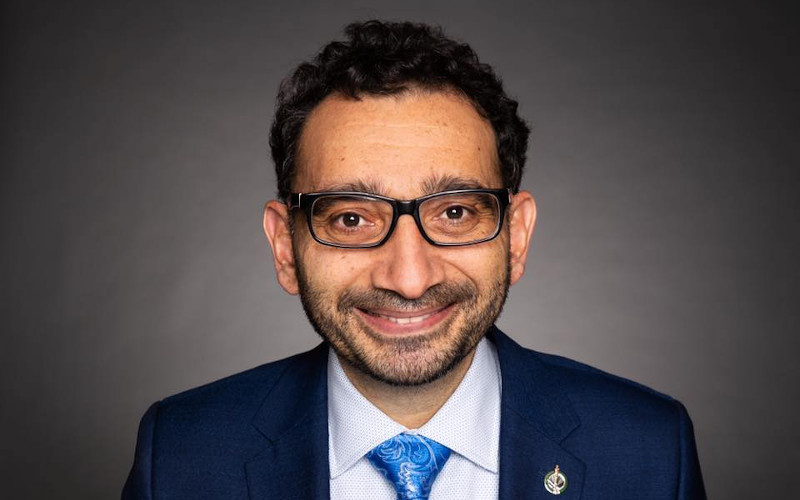 OTTAWA — Federal Transport Minister Omar Alghabra said Thursday the Liberal government is “not hiding” from the travel debacle that unfolded over the holidays, while airline executives largely blamed the chaos on Mother Nature.

Members of the House of Commons transport committee spent the day grilling corporate and government officials on who bears responsibility for one of the most hectic travel seasons in memory — and how a repeat can be prevented.

In the days before and after Christmas, thousands of passengers saw their flights delayed or cancelled and hundreds more were stranded in Mexico as a winter storm swept across most of Canada.

During his testimony, Alghabra warned that Canadians shouldn’t view the holiday disruptions as a continuation of the struggles the country’s airports faced last summer, when they were adjusting to a widespread return to travel for the first time since the beginning of the COVID-19 pandemic.

At the time, passengers complained about long lines at security and customs checkpoints — areas operated by government agencies that the minister said did not fail over the holidays.

Alghabra said extreme winter weather triggered the widespread disruptions. But he pinned the main problem on airlines for leaving passengers in the dark as they tried to rebook trips and get answers when their plans were upended.

“I want to tell you that our government is not hiding,” the minister said to committee members.

“We are going to assume our responsibilities, and the industry must assume theirs.”

Alghabra singled out Sunwing Airlines in particular, saying the company’s bad decision-making contributed to the mess.

For one thing, it was the vacation airline’s customers who ended up stranded in Mexico, with some telling media that they were shuffled between hotels and struggled to get answers from the airline about when they might be able to get home.

For another, it drew further condemnation by announcing on Dec. 29 it was cancelling all flights out of Saskatchewan until early February because of what it said then were “extenuating circumstances.”

“We failed to deliver to the level that we had expected and that Canadians had expected from us over this holiday season,” Sunwing president Len Corrado said in his opening remarks to the committee.

He said the airline’s operations struggled after the winter storms caused massive delays at airports in Quebec and Ontario and almost completely shut down Vancouver’s airport.

Corrado said the Saskatchewan decision was necessary because the airline’s application to bring 63 foreign temporary pilots on board for the winter was denied, leaving it unable to staff all its flights.

He said the company first learned its application had failed around Dec. 9, and it tried to find contingencies before announcing the cancellations near the end of the month.

Andrew Dawson, president of tour operations for Sunwing Travel Group, said the company has received 7,000 complaints so far about issues during the holiday travel season, from cancelled flights to passengers trying to recoup out-of-pocket costs.

Representatives from Air Canada and WestJet also emphasized the difficulties posed by the harsh weather hammering Canadian airports, with one Air Canada official adding that airport infrastructure also caused issues and it must be improved.

WestJet vice-president Andrew Gibbons, who oversees external affairs,told the committee that holiday-season problems showed the airline it must communicate better with its passengers and improve its baggage service, with many travellers complaining about lost baggage.

“We have heard (from) you and others and from our guests, specifically, that our guest communication was lacking. So we’re going to do a better job of that,” Gibbons said.

The executive pushed, however, back against MPs’ assertions that the holiday travel headaches Canadians experienced are reason to strengthen air passenger protection regulations. Under the measures, passengers can seek compensation from airlines when flights are delayed or cancelled.

During his testimony, Alghabra reiterated that he plans to beef up those rules with new legislation that could come as soon as this spring.

Federal Conservatives and New Democrats agree the rules must be toughened, including to force airlines to compensate passengers automatically rather than travellers having to file a complaint when their flight is delayed or cancelled.

“We do not believe the priority right now should be additional penalties on the only group that has any accountability and regulations that govern it,” Gibbons said. “It should be to apply it equally to everyone as the top priority.”

“This is not about blame game. It is simply about improving the system overall,” he added.

One source of concern for Opposition MPs was a backlog of 33,000 complaints held by the Canadian Transportation Agency. The federal regulator is in charge of deciding whether airlines were correct in cases where they said passengers were ineligible for compensation under the air passenger protections rules.

Agency CEO France Pegeot told the committee that since the regulations were introduced in 2019, the agency has never fined an airline for not providing compensations to passengers in cases when they should have.

NDP MP Taylor Bachrach also pressed Air Canada officials to explain how passengers ended up stuck on the tarmac at Vancouver’s airport for more than 11 hours.

Kevin O’Connor, Air Canada’s vice-president of systems operations control, said they did not have a safe way to allow passengers a chance to disembark.

“The airport could not keep up with proper apron clearing. Employees could not tow aircraft. We could not disembark using air stairs onto an open surface and transport the passengers to the terminal. All these were explored, all these questions were asked,” O’Connor said.

“Nobody wanted us to have customers on board for 11 hours.”

Vancouver Airport Authority President Tamara Vrooman said the airport did not receive a request from the airline to bring food or water to passengers on board, and said the airline’s top request was to gain access to a gate.