Features Airports
On Final: A consultative approach is at the centre of good airport management 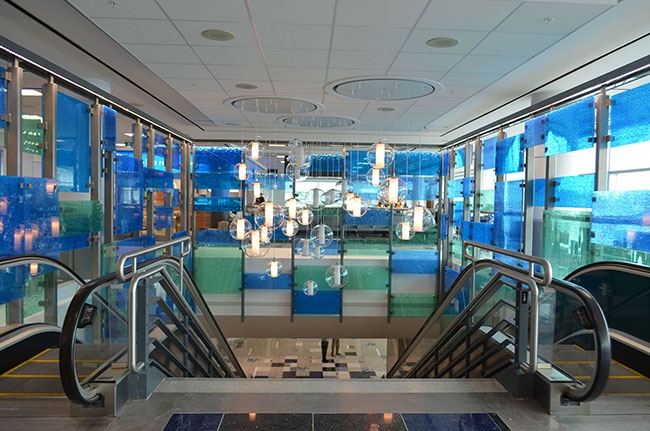 While this is a great environmental initiative, one of the key things to take away is the airport’s close collaboration with the airlines. In fact, the de-icing facility is owned by Calgary Glycol Facility Corporation, a consortium of airlines, making it the first-airline owned facility of this kind in Canada.

“This is a great example of how the airline community at YYC collaborated to invest in infrastructure and an innovative Canadian-based technology to ensure its operations are environmentally sustainable,” said Geoffrey Tauvette, director of environment and fuel at WestJet, in a news release.

This is just one example of the work airports do to ensure business decisions reflect the needs of stakeholders, specifically airlines. Before decisions are made, airports conduct comprehensive and meaningful consultation and engagement initiatives through public meetings and events, one-on-one briefings, surveys, social media outreach as well as community and airline consultative committees. Airports often align their investments based on the changing needs of their stakeholders. They refurbish runways, purchase ground power units to supply power to aircraft, install pre-conditioned units at gates to help airlines save money on fuel, and invest in initiatives to improve the flow of passengers.

The Montreal-Trudeau International Airport recently completed the expansion of the international jetty, and refurbished one of its runways. It worked in partnership with the Canada Border Services Agency last summer to develop a connections centre and added automated terminals and inspection lines to shorten lineups at the border.

Toronto Pearson International Airport consults and seeks airline endorsement for all projects over $50 million. One recent example is the Terminal 3 Enhancement Program. The renovation of Terminal 3 resulted in improved capacity for passenger flow and introduced new and refreshed facilities and retail offerings to better meet the needs of airport users today and in the future.  In advance of a project of this magnitude, it engaged with our airline community through the technical sub-committee of the Airline Consultative Committee. It is through this forum that Toronto Pearson seeks input and feedback on projects and programs and presents its annual capital program to the airline community.

The Vancouver International Airport’s 2037 master plan accommodates growth in passenger, aircraft and cargo volumes, and looks at how the needs of stakeholders and communities will be met in the future. While the master plan involves multi-year planning and consultations, the airport recently developed a more in-depth approach to consulting with airlines early and often in the process. The approach involves a number of steps. Once there is a recast of a long-term capital plan, the airport presents a business plan to the airlines that includes costs, scope of work, construction period, airline payments and a breakdown of revenues such as airport improvement fees, among other details. Once airlines have been consulted, an agreement is sought by way of a majority in interest vote (66 per cent based on passenger volume). After about 30 per cent of the design is completed, the airport develops a report justifying the project, as well as a detailed costing and risk assessment. Comparisons are made of the capital expenditure budget and the amount in the capital plan to ensure the project remains within the amounts contained in the long-term projections. This report is presented to the airlines for consultation and endorsement, at which point another vote happens.

Involving stakeholders early and often in the process is common for Canadian airports, and demonstrates the airport industry’s commitment to be transparent in its capital planning.

Canada’s airports will continue to work in harmony with local stakeholders to support the needs of travellers now and into the future.

Daniel-Robert Gooch is president of the Canadian Airports Council.