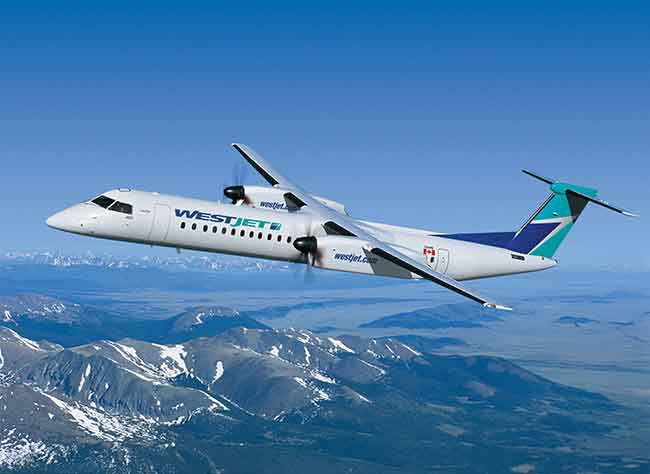 The October 19 election swept in a new majority government and most likely a new policy approach towards aviation.

The July-August issue of Wings featured a letter ATAC sent in June to the three main party leaders seeking their position on seven key aviation issues. These were Transport Canada (TC) funding, aviation security fees, excise taxes on aviation fuel, airport rent, a level playing field which recognizes aviation as a key economic driver, international cooperation, and aviation infrastructure in the northern and remote regions of Canada. The only response received was from the Liberal leader where he “committed to working together with all stakeholders to determine the best ways to make the industry even more competitive, both at home and abroad”. Clearly, the new government will have the required latitude to live up to this commitment.

Unfortunately, from an industry perspective, aviation has not been of much interest on Parliament Hill, other than a safe and reliable way for the majority of MPs to travel between their ridings and the National Capital. We hope that we can convey the importance of aviation in our country to the new cohort of MPs so they will accept our suggestion to form an Aviation Caucus, which will ensure that aviation concerns get better traction on the Hill.

We will be inviting new and returning MPs and Senators to form an Aviation Caucus whose mandate would be to review government policies concerning our industry to ensure that they are progressive and helpful rather than hindrances to its development for the betterment of all Canadians.

ATAC will organize a “Day on the Hill” next spring for the purpose of meeting with as many MPs as possible and sharing with them the importance of our industry and the negative impact that many of the current policies, taxes and fees have on the level of service offered Canadians by carriers of all types and sizes.

The outgoing minister, Lisa Raitt, was appreciated for her engagement and hands-on approach, but also because she was a minister for whom transportation was her one and only portfolio and not simply an add-on to other more energy-consuming responsibilities. Let’s hope that the next minister is also not burdened by Infrastructure and Communities and can also focus entirely on Transport and truly act as a real champion in the promotion air transportation. Perhaps then our industry can finally be recognized and supported as an economic driver rather than as an industry constantly drained by an ever-growing government appetite for crippling revenue streams.

Rail will certainly be another major concern for the new Transport Minister. That mode has rightfully demanded a lot of TC’s attention and resources in the past two years, but the new minister will face other critical aviation issues requiring legislative and regulatory action for years but have yet never been properly addressed. The implementation of Safety Management Systems (SMS) was to be supported by measures to protect commercially sensitive information and by non-punitive reporting, neither of which has ever received the legislative and regulatory attention required. The inability to carry out a legislative agenda during the two minority governments of 2006 and 2008 was cited as an excuse but no revision was proposed either during the five years of this last majority government.  There is no acceptable reason why these much-needed tools can’t be addressed by this new government.

Minister Raitt insisted on getting on the record as being proactive on the very controversial issue of Fatigue Management by issuing a somewhat inconsequential Notice of Intent hours before the election was called. It must be made abundantly clear to the new government that aviation has a lot more pressing issues that need to be addressed with much greater priority than that issue if we are “to make the industry even more competitive, both at home and abroad.”

Prime Minister Elect Trudeau will have a lot of aviation issues to delegate to the Transport Minister.  Hopefully, he will appoint someone with a solid grasp of aviation issues in Canada. The Prime Minister is certainly not short of MPs to form his cabinet. ATAC is eager to cooperate with whomever the Prime Minister assigns to this important portfolio and we look forward to constructively working together towards a safe, world-leading and sustainable Canadian air transport industry.

John McKenna is the president and CEO of the Air Transport Association of Canada (ATAC).