Transport Canada (TC) and the aviation community agree on one thing: safety is our number 1 priority. However, while we agree on the principle, we disagree fundamentally on the approach, and believe that TC’s actions can lead to a less-safe environment as it tries to impose a “one-size-fits-all” framework for flight and duty time regulations – “cutting and pasting” regulations designed for 705 scheduled passenger flights into other regulations for other commercial operations. 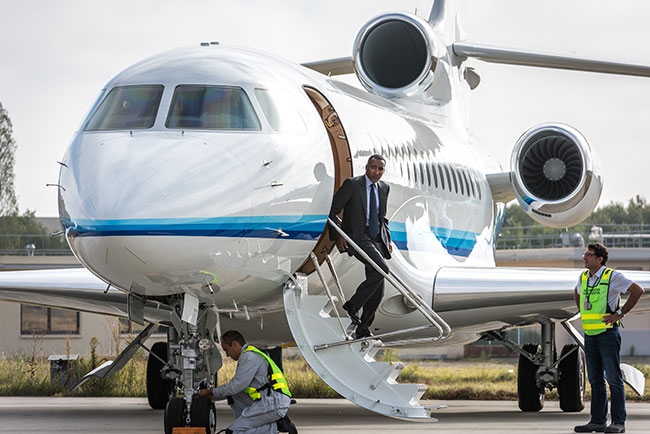 Many members of the business aviation community operating under CAR 704 are now at risk of being forced to comply with regulations not suited to the conditions their crews actually experience. The downstream effects of this ill-fitting regime can negatively affect communities and companies that rely on timely on-demand air services and medical air evacuation.

The proposed regulations fail to acknowledge the distinct differences between large scheduled passenger airlines and the rest of the Canadian commercial aviation community. Imposing these regulations will result in no improvements in safety, but will devastate large segments of commercial aviation by adding significant new costs, adding significant new requirements for flight crews, and making some operations impossible.

Let’s make one thing clear: CAR 705 regulations are not the gold standard of safety; they are simply regulations designed for the unique needs of crew on scheduled commercial passenger airlines. Period. The same rules are not appropriate for other segments, a fact that has been recognized in both the U.S, and Europe, which both tried to enforce, but then backed away from, “one-size-fits-all” regulations. Should Canada enact these inappropriate rules, we will be out of step with those two huge international jurisdictions.

Ironically, despite Transport Canada’s direction, the need to create “right-sized” aviation regulations has been recognized recently in Canada at a very high policy level. The 2015 Canada Transportation Act Review Panel, headed by the well-respected David Emerson, included a recommendation that called on the Government of Canada to, “invest the resources and expertise needed to properly assess risks and impacts when formulating new regulations and standards in Canada. The International Civil Aviation Organization (ICAO) projects a similar perspective: “ . . . regulations and standards should reflect an understanding of the differences between each aviation segment.”

In the CBAA’s view, TC failed on both fronts: neither the risks were properly assessed nor did TC show any understanding of the differences between each aviation segment. The association is alarmed that TC has chosen to ignore science, the lessons learned in other jurisdictions and the recommendations of a Canadian blue ribbon panel, in favour of a simplistic and ill-advised approach.

The CBAA, in cooperation with other associations, are fighting back. As we did in the previous iteration of the regulations, the CBAA has joined a coalition of like-minded aviation associations. At the end of November 2016, the CBAA, along with the Air Transport Association of Canada (ATAC), the Alberta Aviation Council (AAC), the Association Quécoise du transport aerien, the British Colombia Aviation Council (BCAC), the Helicopter Association of Canada (HAC), the Manitoba Aviation Council (MAC), the Northern Air Transport Association (NATA) and the Saskatchewan Aviation Council (SAC), wrote to the Minister of Transport, Marc Garneau, calling for a meeting to discuss a constructive way forward. While we have had little choice but to escalate this issue to the political realm, our efforts to reach agreement with TC are on-going, as we continue to push for technical changes. Specifically, of the 10 proposed new regulations, CBAA finds at least four unacceptable: flight duty period; extension of FDP due to in-flight rest; unaugmented long-range flights and standby.

In summary, the imposition of CAR 705 regulations to other segments is one of the most critical issues we are facing – and has triggered a multilevel strategy that encompasses advocacy at the political and departmental levels. We hope that we will be heard and further action won’t be necessary. However, the CBAA is ready and prepared to continue to escalate its efforts until we can be sure that we have succeeded in securing safe and appropriate flight and duty time regulations for our members and for Canadian aviation.

Rudy Toering is the president and CEO of the CBAA


Related
On Final: Establishing a flight path
Air Surveillance: Finding a new direction
On Final: A level of uncertainty
On Final: The power of business aviation