Features Drones
On Final: I spy: drones and privacy law

The use of unmanned aerial vehicles (UAVs), more commonly known as drones, continues to increase at a steady pace. I recently wrote about the implications for private companies using drones while in the employ of government entities. However, of even wider concern is the increase of drone use in the private sector, and the associated encroachments on the privacy of everyday citizens. 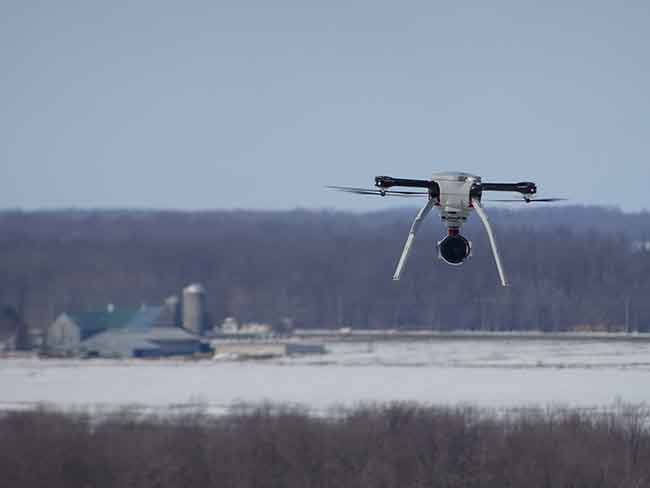 Consideration of these issues is starting to creep into American case law, though tangentially in most cases. Canada’s Charter of Rights and Freedoms only protects rights vis-à-vis the government, so what recourse do Canadian citizens have against private individuals and companies?

The answer depends on your home province. Four Canadian provinces have enacted legislation that creates actionable privacy rights, such that citizens can sue individuals or private entities that encroach on those rights. The key provisions in British Columbia, Newfoundland and Saskatchewan are identical. In these provinces, any wilful act committed without permission that violates a person’s privacy is actionable. The person whose privacy is breached does not need to show that he or she has suffered any monetary loss in order to obtain a remedy from the court. Manitoba’s law is slightly different, in that the word “wilful” is left out of the statute. Arguably, this creates stronger protections for citizens, as they need not show that a breach of privacy is deliberate – an inadvertent invasion is sufficient. In each of these provinces, determining whether or not a violation of privacy has occurred is based on what is reasonable in the circumstances.

A useful example of how these statutes are applied is the B.C. case of Wasserman vs. Hall. Wasserman and Hall were neighbours in the rural area of Cobble Hill, B.C. After years of friendly relations, a feud ensued over the location of a fence along their shared property line. As the feud escalated, Wasserman put up surveillance cameras that were aimed at the fence line and Hall’s residence. At trial, Hall argued that the ongoing surveillance by Wasserman was a breach of Hall’s rights under the Privacy Act.

The trial judge concluded that the Hall family “had no reasonable expectation of privacy when working on or in the immediate area of the fence line but did, at all times, have a reasonable expectation of privacy when inside their own home.” The judge found that Wasserman’s conduct in aiming the surveillance camera towards the Hall residence was wilful, and that there was no legal justification for doing so. In Canadian jurisdictions without privacy legislation, the availability of actionable privacy rights is less clear. In the leading case of Jones vs. Tsige, Ontario’s Court of Appeal swept away any doubt as to the existence of a common law right to privacy in that province. The test adopted in Jones for measuring an invasion of privacy shares elements with the statutory tests noted above: the conduct must be intentional; there must be an invasion into a person’s private affairs without lawful reason; and the invasion must be unreasonable given the circumstances. However, courts in other provinces have been cautious about adopting the Jones decisio.

What does this mean for those employing drones? Individuals or companies using drones to take photographs or video must consider whether their actions could infringe on the privacy of another. Courts will likely have little difficulty finding that using drones to take photos or videos is a wilful act, or determining whether the drone user has a lawful reason for their actions. However, evaluating the reasonability of an infringement is less straightforward. While there is certainly a spectrum of privacy, as discussed in Wasserman, this may be modified depending on the actions of the wrongdoer.

A single photograph taken of an individual walking down a public street may not be an unreasonable invasion of privacy, but what about a drone that follows that individual and videotapes her while she walks down that same public street? That person would have an argument that her privacy was breached by a drone and its operator, stalking and videoing her every move. Individuals or businesses would do well to consult with privacy law experts before deploying their drones in Canada.