Features Safety
On Final: Making a decision on PFDs

Canada has the highest volume of seaplane operations in the world. The Transportation Safety Board of Canada (TSB) estimates that in the Vancouver Harbour alone, about 300,000 passengers travel on about 33,000 seaplane flights each year. 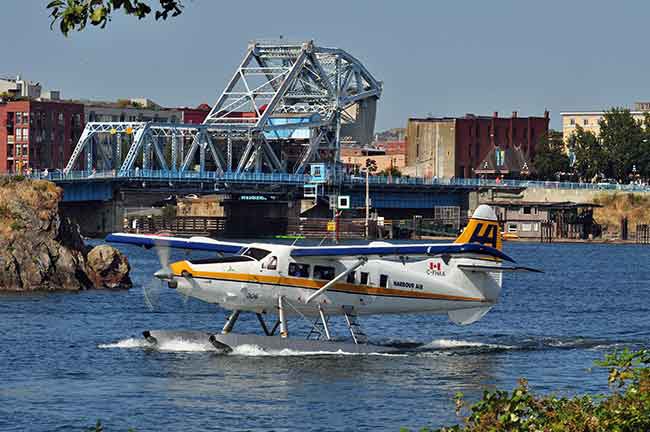 Commercial seaplane pilots are not required to have underwater egress training

The Canadian Aviation Regulations (CARs) currently require that a personal floatation device (PFD) is carried for each person onboard the aircraft. Occupants are not required to wear the PFD during the flight. Additionally, commercial seaplane pilots are not required to have underwater egress training, which teaches potentially life-saving strategies for exiting a submerged plane.

The TSB has often highlighted the high risk of drowning for occupants of seaplane accidents on or above water. Ultimately, the issues can be narrowed to two areas: limited access to life saving equipment or resources, and inadequate preparedness or training. In the event of a collision over water, occupants who survive the initial impact may be unable to locate and access escape routes.  Alternatively, survivors may be focused on escaping the submerged aircraft and may not have sufficient time to locate and don a PFD. Tragically, the TSB estimates that half of all people who survive the initial impact are unable to exit the submerged aircraft and drown inside the vessel.  Moreover, 86 per cent of passengers who safely escape the submerged aircraft subsequently drown awaiting rescue.

In November 2009, the pilot of a commercial seaplane initiated a left hand turn shortly after take-off from Saturna Island, B.C. During the turn, the left wing dropped, the nose pitched down, and the pilot applied maximum power. The atmospheric conditions and bank angle caused an aerodynamic stall. The aircraft descended rapidly and collided with the water. The surviving pilot was able to escape the aircraft using skills he learned in an underwater emergency training course taken six weeks earlier.

The other surviving passenger (after initially moving away from the exit in order to stay above water) was eventually able to safely locate the submerged escape route. Neither survivor retrieved a PFD, but instead held on to nearby floating objects. Though the impact was considered survivable, the remaining six passengers were unable to escape the aircraft and ultimately drowned.

On May 21, Transport Canada (TC) published proposed changes to the CARs in response to the TSB recommendations. The proposed changes incorporate the PFD requirement, and state that the PFD may be “worn” in a pouch that is attached to the person’s waist. However, the recommendation regarding modification of aircraft exits was not included, because a stakeholder focus group found that such measures were not “presently viable.”

The proposed changes also include a new pilot training requirement. Commercial seaplane pilots are to undergo specific training (and recurrent training every three years) to facilitate underwater egress after an accident occurs, and to further mitigate the risks associated with exiting a seaplane following an accident. Operators are also subject to additional rules depending on the nature of their operation.

Canada is the only country that has proposed the mandatory wearing of PFDs by seaplane passengers. The changes have raised valid criticisms in the industry, including concerns about premature/inadvertent inflation hampering timely escape, equipment durability, discomfort, increased costs, and limited access to training for pilots stationed in remote areas. Time will tell whether these measures have the potential to increase the likelihood of survival following a seaplane accident over water.


Related
Air Surveillance: Would you be able to get out?
On Final: Establishing a sea change
On Final: Airlines, airports making it work
TSB to release report on Saturna Island plane crash