News
On Final: Putting the pieces together

The Transportation Safety Board of Canada (TSB) has long stressed the importance of recorders – voice, video, and data – in accident investigation. Devices such as cockpit voice recorders (CVRs) and flight data recorders (FDRs), which have been employed in the aviation industry for decades, are an invaluable source of information. Not only do they provide objective, hard data that can help investigators establish possible causes, but they also corroborate the sequence of events – and they can be especially valuable when there are no witnesses at all. 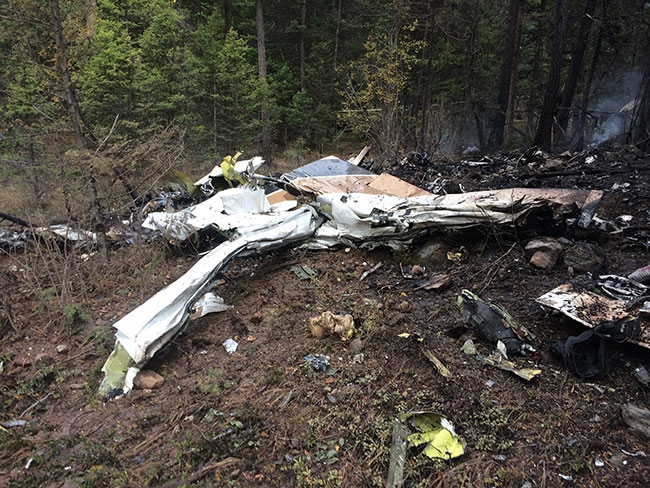 “We’d like to see recorders required aboard more aircraft and for reasons that go beyond just accident investigation.” The Transportation Safety Board of Canada (TSB) has long stressed the importance of recorders

Over the years, the TSB has issued a number of recommendations regarding the wider adoption and extended use of CVRs and FDRs, as well as smaller, lightweight versions. In short, we’d like to see recorders required aboard more aircraft and for reasons that go beyond just accident investigation.

Here in Canada, the requirements for CVRs and FDRs to be installed are based primarily on the number and type of engines on an aircraft and on the number of passenger seats. Most major carriers are required by regulation to have recorders installed on their aircraft but a large percentage of other aircraft are not. That may be fine if every flight goes exactly as planned but should there be an accident, investigators may be hindered in their attempts to determine what happened and why.

One such accident took place in March 2011, when a de Havilland DHC-3 Otter experienced a catastrophic in-flight breakup not long after departing Mayo, Yukon. The pilot suffered fatal injuries and the absence of a recorder presented the TSB with an almost impossible task. As a result, our final report cited just a single item in the section titled Causes and Contributing Factors: “The aircraft departed controlled flight for reasons which could not be determined and broke up due to high speed.

Because the aircraft involved in the Mayo crash was not required to have a recorder on board, the accident illustrates a wider, more systemic problem: without hard data, the same accidents may keep happening.

Fortunately, there have been major gains in the development of flight recording technology and standalone systems are becoming both lighter and less expensive.

Not only would a wider requirement for recorders be a great benefit to accident investigator but those companies searching for a proactive way to enhance safety could use the recorded information within the context of a non-punitive SMS, or safety management system, to help identify hazards in their operations. However, such a proposal would require a change to legislation such as the Canadian Transportation Accident Investigation Safety Board Act, which currently prohibits use of audio/video recordings for anyone but our investigators.

Many operators under part 705 of the Canadian Aviation Regulations are already analyzing digital flight data as part of a flight data monitoring program. In 2013, following the Mayo investigation, the TSB issued a recommendation for TC and industry to work together to remove obstacles to, and develop recommended practices for, the implementation of lightweight flight recording devices by commercial operators not currently required to carry them. And even this may not be going far enough – particularly in light of two recent accidents involving private aircraft, each of which generated significant media attention.

In the first, a privately operated Mitsubishi MU-2B-60 crashed as it approached the airport in Îles-de-la-Madeleine, Que., in March 2016, killing all seven people on board. Although the aircraft was not required to be equipped with a CVR or FDR, investigators were nonetheless able to retrieve valuable recorded information from a recording device that had been installed.

In the second accident, a privately operated Cessna C500 Citation crashed minutes after departing the airport in Kelowna, B.C. in October 2016, killing all four people on board. Once again, there was no requirement for a CVR or FDR, nor was there any other recording device installed.

Given the timelines involved in implementing new regulations, it could be a while before any wider requirement for recorders takes effect.

In the meantime, the TSB is encouraged by remarks made by the minister of transport following the Kelowna crash, who said now is a good time to look at extending the use of data and voice recorders to aircraft that currently do not have them. The TSB will continue to advocate actively for the timely installation of recorders, and their expanded use, until action is taken.

Kathy Fox is chair of the Transportation Safety Board of Canada.