News
On Final: The aftermath of Germanwings

On March 24, 2015, the passengers and crew of Germanwings Flight No. 9525 (from Barcelona to Dusseldorf) were the victims of a tragic aviation incident. Shortly after take-off, the pilot left the cockpit. The co-pilot (Andreas Lubitz) locked the cockpit door and initiated a steep descent into the French Alps. Despite attempts by the crew to gain entry to the cockpit and communicate with Lubitz, the plane crashed, killing everybody on board. 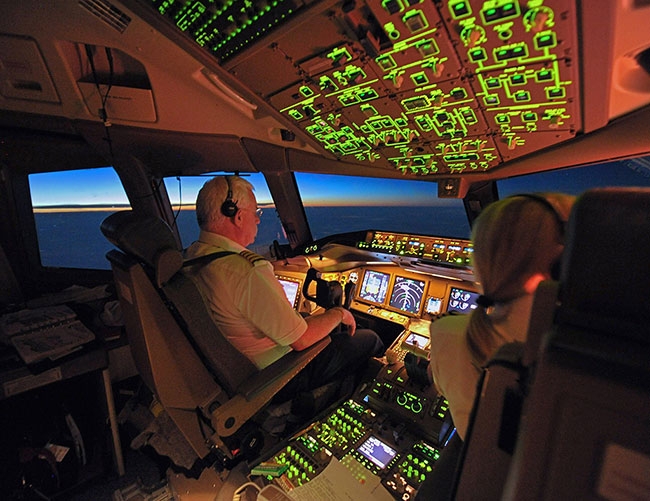 “transport canada has concluded that a two person in the cockpit rule is not necessary.” On March 24

The incident sparked international concern and the incident resulted in the implementation of various safety measures across the globe.

The French Aviation Investigation Authority (the BEA) investigated the accident. The BEA report revealed that Lubitz suffered from a prior history of depression and psychological disorders. Shortly after commencing flight school in Germany in September 2008, he suspended his training for medical reasons. In 2010, he completed a component of his flight training at the Airline Training Centre Arizona (ACTA). Following that training, he returned to Germany to obtain his commercial pilot’s licence. Only a few months before the crash, Lubitz saw a private physician who diagnosed him with a psychosomatic disorder and possible psychosis.

Despite attending various health care providers during his employment, no practitioner informed any aviation authority (or his employer) about Lubitz’ mental state. Lubitz also advised no one. The BEA report identified a lack of clear guidelines in German regulations with respect to a physician’s obligation to report a pilot’s medical issues.

The law in Canada with regard to the reporting of pilot medical conditions is clearer. Section 6.5 of the Aeronautics Act (Act) requires that any physician who believes on reasonable grounds that a patient is a pilot who has a medical condition that is likely to constitute a hazard to aviation safety, must inform a medical adviser designated by the Minister of Transport forthwith. Section 6.5 also requires that pilots inform each physician they see that they are the holder of a Canadian aviation document (i.e. a pilot’s license).

The Act explicitly states that no legal, disciplinary, or other proceedings can be brought against a physician for anything done by him or her in compliance with the reporting requirement. Further, section 404.06 of the Canadian Aviation Regulations (CARs) requires a pilot to “ground” him or herself if he or she suffers from an illness that could impair his or her ability to exercise his or her flying privileges.

The laws in Canada are intended to encourage self-reporting of medical issues and protect doctors who may be concerned about violating confidentiality, thereby contributing to the ultimate goal of increased aviation safety.

Of note, in July 2016, 147 plaintiffs (the family members of the passengers killed in the crash) filed a lawsuit in Arizona against the U.S. training school, ACTA, who provided flight training to Lubitz in 2010. Although ACTA’s involvement was very remote, the plaintiffs are likely seeking to recover larger damages awards than they might otherwise expect to receive in Germany. At the time of writing, ACTA has filed a motion with the Court asking the claim be dismissed on the grounds of jurisdiction and on the basis that it could not have known about Lubitz’ medical history.

It is clear that the Germanwings incident had global effects on the implementation of pilot medical reporting and minimum personnel in the cockpit requirements. While it is impossible to ensure that the aviation industry is completely free of risks, safety agencies across the globe are constantly evaluating these and other policies, regulations, and rules with the goal of minimizing these risks to the greatest extent possible.