On a November morning in 2012, eight people boarded a Cessna 208B in Snow Lake, Man., bound for Winnipeg. The trip was expected to take a little over two hours, but barely one minute into the flight, tragedy struck. According to our investigation report released earlier this year, the aircraft was overweight, and its takeoff and climb performance was reduced by accumulated ice on the leading edges of its wings and tail, and it crashed into a nearby wooded area, killing the pilot and seriously injuring all seven passengers. 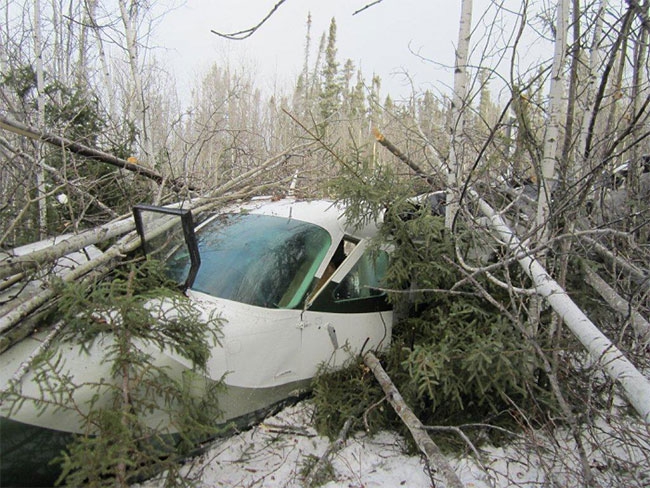 change On a November morning in 2012

In most respects, Canada has a very safe air transportation system. In fact, prior to the 2011 crash of First Air flight 6560 in Resolute Bay, Nunavut, there had not been a fatal accident involving a major Canadian scheduled airliner in the previous 10 years. That record, unfortunately, is dramatically different for smaller carriers. For the 10-year period ending in December 2013, almost 60 per cent of all commercial aviation accidents – and 65 per cent of the fatalities – involved air taxi aircraft; those carriers operating under Canadian Aviation Regulations (CARs) subpart 703.

Yes, every accident is unique – a singular combination of causes and contributing factors, be they human, mechanical, environmental or organizational. But what happened at Snow Lake is in some ways all too typical of some air taxi accidents. TSB investigators continue to see certain underlying causal and contributing factors frequently: a small operator, for example, flying out of a remote aerodrome usually with less infrastructure; deficiencies in pilot decision-making and crew resource management, especially in poor weather; and deficiencies in operational control, especially in self-dispatch operations.

To address these problems, the TSB has previously called for a wider implementation of safety management systems (SMS), mandatory training in modern crew resource management techniques, and the installation of ground proximity warning systems to name just a few. In 2012, Transport Canada (TC) responded, mandating Terrain Awareness Warnings Systems (TAWS) with the goal of reducing the number of aircraft involved in controlled flights into terrain (CFITs).

However, change, even well-intentioned change, is often resisted by those who have to implement it, and sometimes new safety measures are viewed as an inconvenience, or worse, a burden to be avoided if possible. That’s because safety initiatives cost money, which isn’t always easy to find for a small operator with thin margins. And while it’s easy to quantify the cost of implementing new technology, or additional training, or hiring more staff – it’s not always easy to quantify the safety benefits.

Put another way, while you may be able to calculate the costs avoided by not investing in new safety initiatives, it’s extremely hard to calculate the increased level of risk by not making that investment.

More however, must be done, because the current number of accidents and fatalities involving air taxis – 175 fatalities in the last decade alone – is too high a cost to pay.

Therefore, starting in early 2015, the TSB will conduct a Safety Issues Investigation (SII) into risks associated with air taxi operations. The scope will be much broader than our normal accident investigations: we’ll be analyzing historical data along with case studies of selected accidents in Canada, and occurrences from other nations. We’ll also be engaging industry, the regulator and other stakeholders to gain a full understanding of the issues involved. This includes identifying the major safety issues and how they are being managed, as well as examples of “best practices.” In the end, we may make recommendations to address any identified systemic deficiencies.

This won’t be the first such investigation we’ve conducted. The TSB has carried out SIIs into Survivability in Seaplane Accidents, VFR  Flight into Adverse Weather, and Post-Impact Fires Resulting from Small Aircraft Accidents to name a few.

In the meantime, we will continue our push for safety. In addition to the current SII and our accident investigation reports, we have recently released our updated Watchlist, which identifies the eight issues currently posing the greatest risk to Canada’s transportation network. A number of these issues are aviation-related, including safety management systems and regulator oversight, the risk of collisions on runways, and an unacceptable number of approach-and-landing accidents. It is our hope that, by working together, regulators and industry will be able to effect key safety improvements that will lead to safer flights for everyone – and making what happened at Snow Lake a tragedy that won’t be repeated.

Kathy Fox is Chair of Canada’s Transportation Safety Board (TSB).


Related
TSB to review safety risks in air taxi sector
Transportation accident numbers holding steady in Canada
On Final: A case for lightweight FDRs
On Final: Putting the pieces together