Features Safety
On Final: Time for Transport Canada to step up

When most people think about the role of Transport Canada (TC) in Canadian aviation their minds go to the oversight aspect. 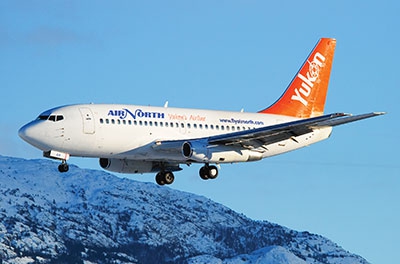 When most people think about the role of Transport Canada (TC) in Canadian aviation their minds go to the oversight aspect. Rules, regulations, audits, inspections, surveillance, enforcement . . . all the things the public expects to happen in ensuring that Canadian air carriers continue to provide some of the safest services in the world, as well as keeping an eye on foreign carriers.

The problem is TC has been unable to hold up this part of its mandate particularly well the past few years. Years of Safety Management System (SMS) implementation, personnel attrition, seemingly endless reorganization, and of course budget cuts, have taken their toll. Layer on some modest industry expansion and you end up with a bad situation. In the end, safety and oversight have priority, and industry waits. All too often, the maximum in the service standard becomes the minimum, and any excuse is used to reset the clock. But waiting has a cost. Virtually every carrier I talk to has had aircraft parked for periods of time, sometimes months, waiting on some process or another. Be it manual approvals, personnel issues, aircraft certification or registration, it doesn’t matter. The end result is the aircraft sits, customers are not happy, and payment on the asset continues with no revenue.

Others tell me of flights cancelled as they cannot get MELs processed, or pilots approved. Still others tell me they have ended up sending work to the United States as it takes too long to process a registration into Canada. I don’t have a figure on what all this ends up costing the Canadian aviation industry, but I certainly believe that it has a lot of zeros at the end.

Now I don’t believe for a minute that any of this is malicious or intentional on Transport’s part; it’s just the result of all the circumstances that I mentioned previously. So what’s the solution? Well, there has been plenty of talk about getting rid of non-value-added activities, but to date no action. It’s time to take action and get rid of them.

It’s time to get rid of approving manual revisions. In some cases, the implementation of important safety improvements are actually delayed, some perversely even ending up as audit findings. The onus is on the operator to be in compliance with regulations. If during a Program Validation Inspection (PVI) there is an issue with a specific manual revision, it becomes a finding and is dealt with.

It’s also time to get rid of individual ops specs for every aspect of using GPS equipment. GPS is now a mature technology, but it’s being treated like it’s brand new. Again, the onus is on the operator to be able to demonstrate the equipment meets standard and there is proper training in place. The only specific approvals tied to GPS IFR navigation should be for approaches classed as “authorization required.”

It’s time to get rid of MEL approvals, especially for any item that is in accordance with a Master Minimum Equipment List (MMEL).

It’s time to eliminate TC conducting line-by-line reviews of log books on licence applications in cases where a company has already done all the math and certified the times.

It’s time to eliminate the requirement for an incoming aircraft to have an approved maintenance program detailed to the end of time before it can enter service. Yes, it needs to have everything detailed out to and including the next major inspection, but surely requirements past that can have a grace period to get all laid out and tied up with a bow.

I’m quite sure that everyone has a pet item to add to this list – items that can be easily verified during normal surveillance activity. Items that have no demonstrable safety gain. Items where an inspector’s time would be far better spent doing something else that does enhance safety.

One might say the simple answer is to add TC resources, but we all know that in today’s budgetary reality that is not about to happen. On the other hand, industry cannot continue to sustain the economic hit from the inadequate level of service being provided in so many cases. We urge TC to move forward with reducing or eliminating these non-value-added activities. Industry is ready to work with them on it.

Stephen Nourse is the executive director of the Northern Air Transport Association.