News
On Final: When is an airline not an airline?

European and U.S. airlines such as Southwest, Spirit, easyJet, and Ryanair are synonymous with no-frills flying. Passengers on these flights pay extra for each additional service, such as snacks, drinks, priority boarding and checked baggage. 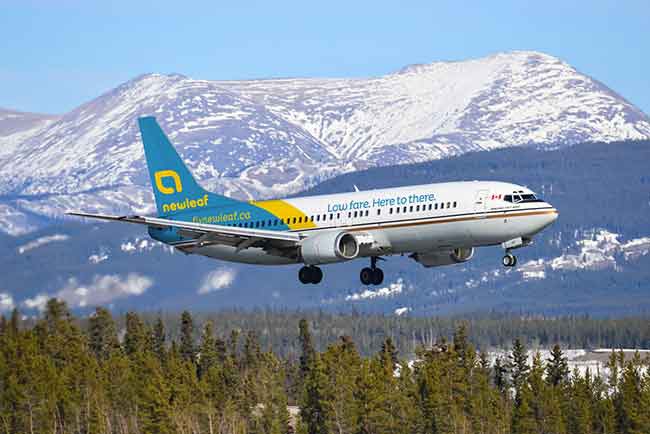 The Agency concluded that the Act does not require a reseller of air services to hold a licence. European and U.S. airlines such as Southwest

In Canada, low-cost carriers have not seen the same success. NewLeaf, the new Canadian no-frills flying alternative, has garnered much media attention.

Interestingly, NewLeaf is not actually an “airline.” The Canadian Transportation Agency (Agency) reviewed NewLeaf’s business model and determined that it is merely a ticket reseller and does not operate an air service.

The distinction between an air operator and a reseller is an important one, because the Canada Transportation Act (Act) prohibits any person (or company) from operating an “air service” unless that company holds a valid licence issued under the Act. In August 2015, the Agency initiated an inquiry to determine whether NewLeaf’s business proposal would constitute an air service requiring a licence.

In response, NewLeaf argued that it was not operating an “air service.” It indicated that it planned to market and sell air services to the public, and would partner with Flair Airlines Ltd., a licensed air carrier, to operate the flights for which it sells tickets.

In making this determination, the Agency may consider factors such as acceptance of financial risk for the sale of seats, non-disclosure of the identity of the actual aircraft operator, promoting oneself as an air carrier, the use the words “airlines” or “aviation” in business names, and not clearly conveying the role as a reseller.

In a recent Agency decision concerning NewLeaf, the Agency concluded that the Act does not require a reseller of air services to hold a licence, only that a licence be held in respect of that air service.

In terms of consumer protection in the NewLeaf situation, the Agency noted that the air carrier’s (in this case, Flair Airlines) protections would already be in place, even though the reseller is not governed by the same requirements.

The Agency decided that NewLeaf would only be allowed to operate if it did not hold itself out to the public as an air carrier. As such, promotional materials depicting planes branded with their logos, or phrases such as “our fleet of aircraft” or “we fly” would be inappropriate.

Although NewLeaf promoted itself as an air carrier in the methods described above for a brief period in January 2016, it has since removed those promotional materials.

While the Agency has stated that using them again would constitute holding itself out as an air carrier, it decided NewLeaf does not require a licence based on its current business model and practices.

While some may still have concerns with respect to consumer protection and passenger rights, the Agency sent a clear message in its decision that Flair Airlines’ tariff sufficiently deals with such concerns.

The Agency noted that compelling resellers to hold a licence (when a licence is already held by the entity operating the flights) would be inconsistent with the Policy, which declares the Agency’s objective to be a competitive, economic, and efficient national transportation system that meets the highest practicable safety and security standards.

Allowing NewLeaf to operate based on its current model is purportedly consistent with the Policy.

NewLeaf has now received the all clear to begin selling tickets. In compliance with the Agency’s decision, the company’s website currently indicates, “Flights operated by Flair Airlines Ltd.”

Passengers are promised low-cost tickets with the guarantee of only two essentials: “a seat and a seatbelt.” If you get thirsty on your flight, that will cost extra.