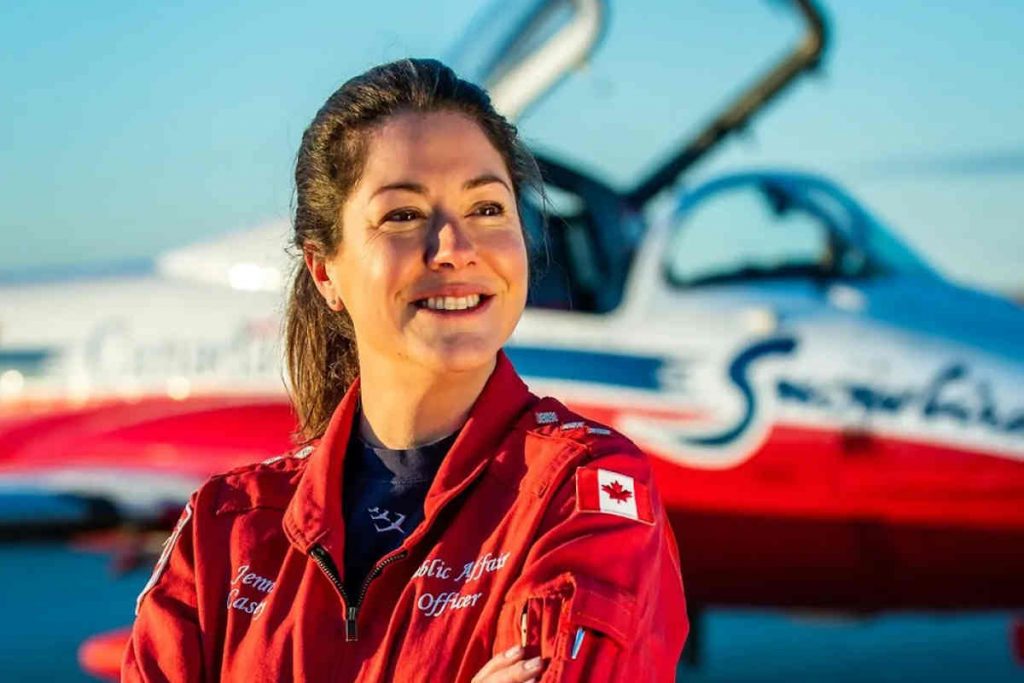 Brocklehurst residents won’t soon forget the national tragedy that struck their sleepy neighbourhood exactly one year ago today (May 17).

On May 17, 2020, a Snowbirds CT-114 Tutor jet fell out of the sky over a residential area during the Canadian Forces 431 squadron’s cross-country Operation Inspiration tour to raise people’s spirits during the COVID-19 pandemic.

Both occupants ejected, but neither the pilot nor the passenger had the requisite time for their parachutes to function as designed.

The doomed jet came down in the front yard of 2454 Glenview Ave., sparking a fire and damaging part of the home, with wreckage scattered over the street. No members of the public were hurt in the crash.

Speaking to KTW on the anniversary of the crash, neighbours recalled the roar of an explosion, a mass of onlookers and emergency vehicles and the thought of how close the crash came to their own homes.

“It was pure hell,” Monika Abounasser said. “As a community, though, the neighbours rallied around each other.”

Abounasser, who lives a few doors down and on the opposite side of the Glenview house, was taking a nap when she was awakened by a loud boom.

“I think the hardest part for us was that where the flight path was, had it 1/8the plane 3/8 dropped one second earlier, it would have crashed into our house,” Abounasser said, noting her daughter was watching TV right where the plane could have fallen.

MacDougall landed on the roof of 868 Schreiner St. — around the corner and just a few houses down from the crash site — while Casey is said to have ended up in the backyard of the same property.

“Like all medical questions, we can’t give more information on that,” Gabriel said, adding MacDougall is still with 431 Squadron and currently serving in a co-ordination/planning position for the airshow season.

Sam Popoff, his wife Betty and their stepdaughter Elena Foster and her family live next door to the Schreiner Street property where MacDougall and Casey landed.

“May 17th isn’t something we’ll forget for a long, long time,” Popoff said.

Foster said she saw the plane crash and its occupants land on the roof next door to her home, noting she still has nightmares of the experience.

Foster was outside working in her garden when the crash occurred.

“It was so quick,” Foster said. “I went inside for a few seconds and I thought, `What the heck, they’re flying so loud and so low.”’

She came back outside to toss out the garbage and saw shadows and an explosion, which was followed by screams.

“I was scared. I thought we were going to die because it feels like the house jumped half a metre up. Everything was shaking,” Foster said.

Despite her fears, Foster sprang into action and, with her son, grabbed a ladder that neighbours used to try to reach MacDougall, while her husband phoned 911.

She’s saddened when looking back on that day and still gets nervous when she hears planes flying over her home.

Popoff said he was in his home office when he heard a roar and explosion. He said he looked out his window to see black smoke from the Glenview Avenue home.

He hopped onto his scooter and drove around the corner to see the home on fire, with fire trucks moving in shortly after.

“I’ve got to hand it to our firemen and first responders — they were Johnny on the Spot,” Popoff said.

The home that was struck remains under repairs one year later.

Next door neighbours Pat and Maxine Hynes moved in about three weeks after the crash, having closed the deal the day before the plane crashed next door to their future home. Maxine told KTW she feels sorry for the elderly couple who own 2454 Glenview Ave. as they haven’t been able to live in it since the crash.

Pat expressed disbelief that their neighbours’ home hasn’t yet been repaired.

“To be without their home for a year, to be honest, it’s a disgrace,” he said.

Michelle Piluk, who lives across the street from the Schreiner Street home, was sitting on her front porch when she saw the plane explode in front of her eyes. After the crash, she made meals and gave out drinks to Canadian Forces members — something that earned her a medal from the Minister of Defence.

“I didn’t know what to do that next morning, so my husband said, `Let’s just cook,”’ Piluk said.

She said she was shell-shocked after the crash, but began writing poetry about what happened, which helped her cope.

The city will be erecting a memorial to Casey within the planned Fulton Field Park off Tranquille Road near where a makeshift memorial grew to the air force members last year.

Capt. Scott Boyd, partner of the late Capt. Jennifer Casey, was in Kamloops for the announcement on Monday and could be seen making a stop outside the Schreiner Street house in the afternoon.

Residents KTW spoke with felt the city’s plans for a memorial in the new park is a great way to pay tribute to Casey.

The military investigation into the plane crash found the ingestion of a single, small bird into the engine of the aircraft following take-off resulted in a compressor stall and a loss of thrust. Upon loss of power, the pilot initiated a climb straight ahead and turned back toward the airport. During this manoeuvre, the aircraft entered into an aerodynamic stall and the pilot gave the order to abandon the aircraft.

The report stated MacDougall and Casey ejected from the aircraft at low altitude and in conditions outside safe ejection seat operation parameters. The report also stated Casey’s passenger ejector seat did not operate normally.