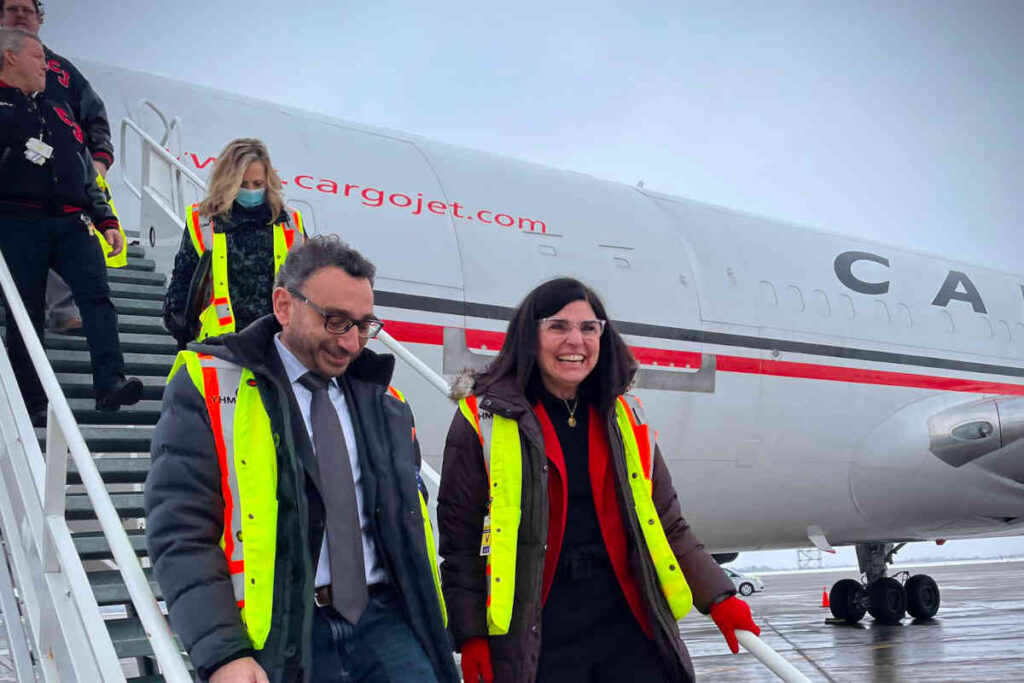 Minister of Transport Omar Alghabra on January 23 announced an investment of up to nearly $23.5 million under the National Trade Corridors Fund for an expansion and sustainability project at the John C. Munro Hamilton International Airport.

“The John C. Munro Hamilton International Airport is an important trade hub for key economic sectors such as transportation, warehousing, agriculture, automotive, manufacturing and more,” said Alghabra. “This significant funding will help the airport manage the growth of cargo operations in this strategic trade corridor.”

The expansion project, which will cost close to $47 million, will allow the Hamilton International Airport to: handle increased cargo operations by improving and expanding airfield capacity; increase de-icing capacity; and build a new independent road to reduce congestion.

Alghabra was joined in making the announcement by Filomena Tassi, Minister responsible for the Federal Economic Development Agency for Southern Ontario. “The John C. Munro Hamilton International Airport is home to one of Canada’s largest cargo freighter distribution networks and is crucial to the supply chains and economic opportunities in Hamilton and the surrounding communities,” said Tassi.

The John C. Munro Hamilton International Airport is receiving a $23.4 million investment that will have significant employment and economic benefits for the #HamOnt area! I was pleased to join Minister @OmarAlghabra today in Hamilton to make this important announcement. pic.twitter.com/8fR11NfDq1

“Today’s announcement from the federal government is an important step towards strengthening the efficiency and resiliency of the national supply chain by adding capacity and alleviating constraints at the largest domestic overnight express cargo airport in Canada,” said Cathie Puckering, Vice President and Head, Canadian Network, Vantage Airport Group.