North Saanich, B.C. - Pacific Sky Aviation Inc. is another step closer to opening a state of the art Series 400 Twin Otter Training and Simulation Centre at the Victoria International Airport, scheduled for mid-2016. 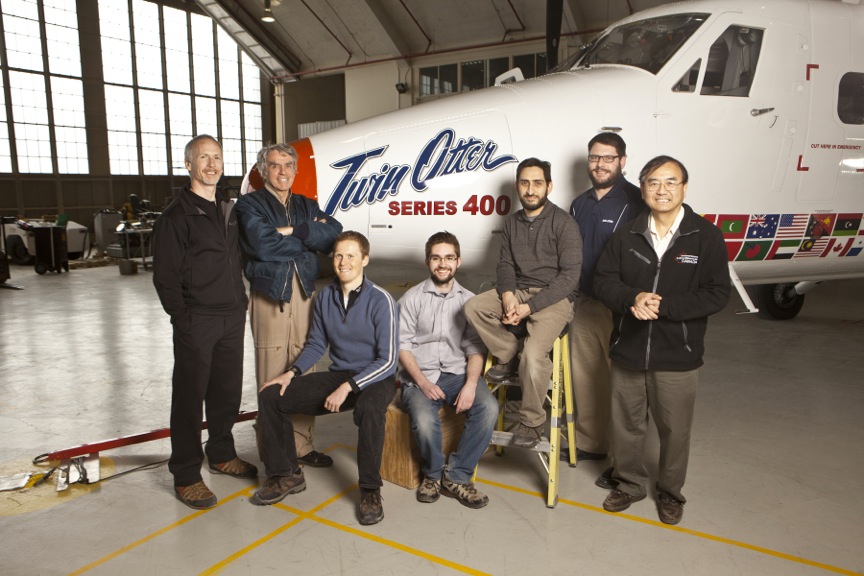 “The world-class Twin-Otter flight simulator we’re developing at Pacific Sky will be the world’s first full flight simulator to feature the amphibious float configuration for Series 400 Twin Otter,” commented Michael Coughlin, CEO of Pacific Sky Aviation Inc. “This is a significant development for our company and for our clients from around the world, who rely on Pacific Sky to offer a level of training for Twin Otter flight crews that is currently only available to the most advanced commercial airline flight crews.”

In partnership with the National Research Council (NRC) in Ottawa, Pacific Sky has just completed the first of two phases of flight testing on the new Twin Otter Series 400 aircraft manufactured by Viking Air Limited. After four weeks conducting over 800 ground and flight manoeuvres, the aircraft performance data collected by NRC will be submitted to TRU Simulation + Training in Montreal, the simulator manufacturer. TRU Simulation will then use the data to build and prepare the new Series 400 Twin Otter Full Flight Simulator (FFS) for qualification by Transport Canada to the highest regulatory standard currently available. Known as “Level D”, this highest standard of FFS will place the new Twin Otter simulator in a league of its own with respect to realism and quality of training for the wheeled version of the airplane.

“NRC was selected as a partner for the simulator program because of the organization’s depth of knowledge in flight testing – and they have certainly exceeded our expectations. NRC has extensive simulator data acquisition experience and are providing the know-how and instrumentation required to create a flight data model that will accurately simulate the new Twin Otter Series 400 operating on wheels and floats,” stated Coughlin.

The second phase of flight testing, to be conducted on an amphibious float equipped model of the Series 400 Twin Otter, will begin on April 13th, 2015 on the waters around Victoria, BC. More than 400 manoeuvres are planned over two weeks to collect data on how the float- equipped version of the new Twin Otter performs during taxiing, taking-off, landing and docking under a wide range of wind and sea-state conditions. As with the landplane data collected, TRU Simulation + Training will use this float performance data to build another first: seaplane capability in a full flight simulator. “This added training capability, through a more detailed simulation of real-world scenarios, will not only improve Twin Otter Series 400 operators’ safety management programs while reducing resources needed to develop seaplane captains, but will produce a safer and more proficient Twin Otter seaplane pilot. We expect to attract Twin Otter pilots from around the world and provide them with the absolute best training available anywhere,” said Coughlin.

Completion of the first phase of landplane flight testing in Ottawa, and transition to the west coast for the second phase of float testing, marks a major milestone for the simulator development program in conjunction with the construction of the proposed simulator facility.

The planned 1200m2 (13,000 square foot) Series 400 Twin Otter Training and Simulation Centre will be built by Unitech Construction Management Ltd of Delta, BC and supported by Vic Davies Architect Ltd of Victoria, BC. The new facility will be located adjacent to Viking’s corporate headquarters at the Victoria International Airport, with construction commencing in the summer of 2015.