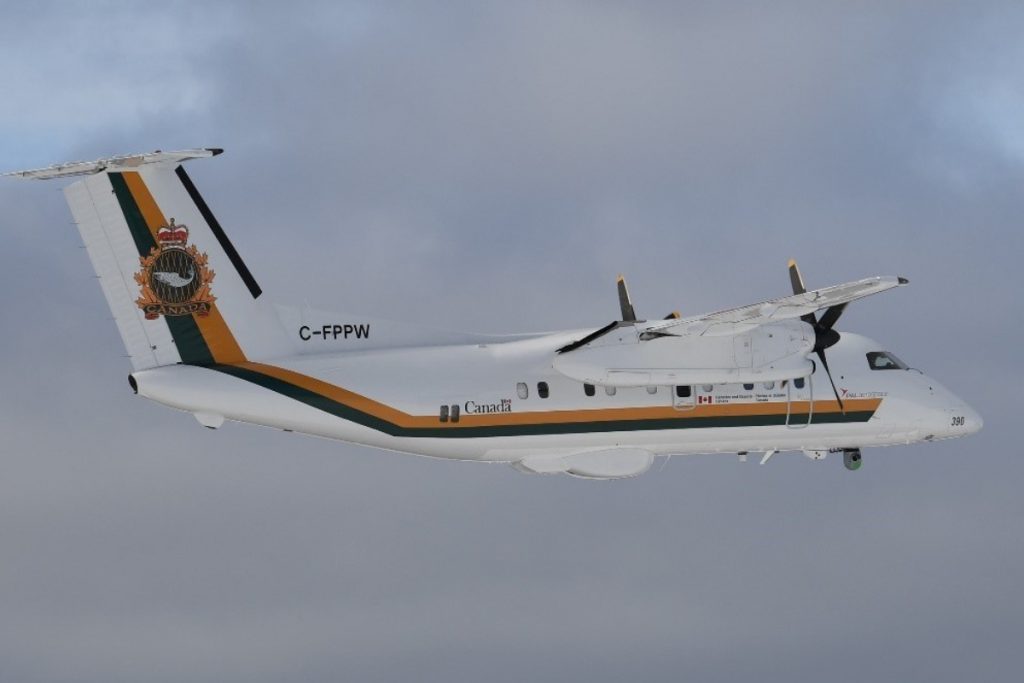 In 2019, Fisheries and Oceans Canada in 2019 awarded a five-year, $128 million contract with PAL Aerospace-located in St. John’s to deliver a new fleet of four aerial surveillance aircrafts, including two long-range maritime patrol Dash 8-100 aircraft. The contract also includes two King Air 200 aircraft, which became operational in September 2020 with one based in Halifax, NS, and another based in St. John’s, NL.

“PAL gets the people of the Province to where they need to go. But they do a lot more – and today they’re protecting our coastlines and endangered whales,” said Seamus O’Regan, Minister of Natural Resources, in a statement.

The planes will fly out of three bases of operation, also including a new facility in Campbell River, British Columbia that became operational in September 2020. Here, the long-range aircraft will allow fishery officers to better patrol remote marine protected areas (MPAs) like Anguniaqvia niqiqyuam and Tarium Niryutait in the Beaufort Sea.

On Feb. 18, 2021, the first of Fisheries and Oceans Canada’s (DFO) Dash-8 aircraft became operational. DFO explains the Dash-8 aircraft will allow its fishery officers to expand their range of operations, providing them with essential tools to combat illegal fishing and enhance Canada’s maritime security.

This new fleet of aerial surveillance aircraft, according to DFO, will also be a crucial tool for the enforcement of measures put in place by the Government of Canada to protect endangered whales. This includes monitoring the Gulf of St. Lawrence for compliance to fisheries management measures for North Atlantic right whales, as well as monitoring critical habitat areas for Southern Resident killer whales.