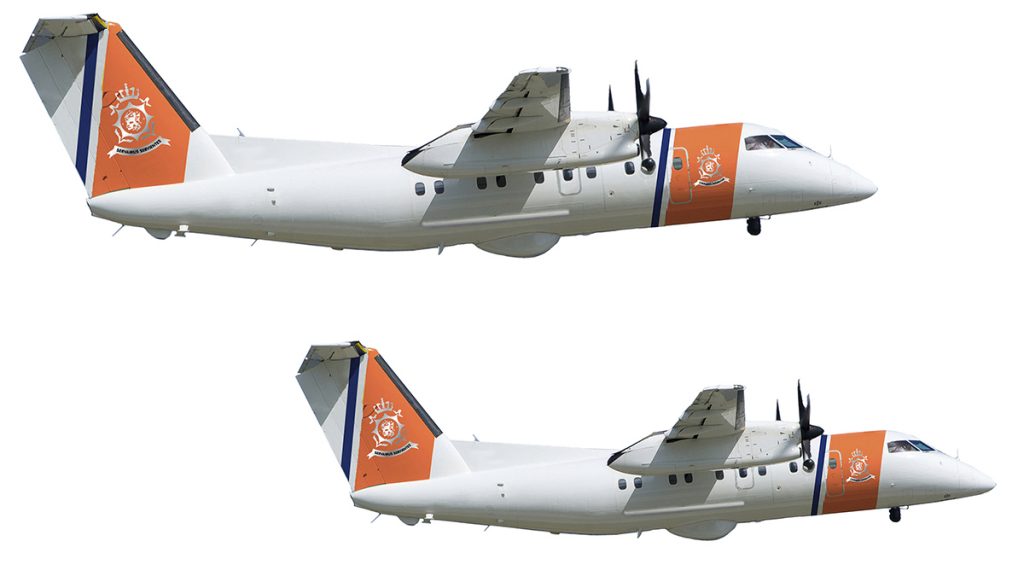 PAL Aerospace, in partnership with JetSupport, was awarded a contract to provide and support maritime surveillance aircraft and services for the Netherlands Coastguard.

This new contract, executed under the authority of the Ministry of Defence of the Netherlands, will see PAL Aerospace and JetSupport modify and deliver two fully missionized DHC-8 aircraft, provide crew training on all systems and support the operation of the aircraft for an initial 10-year period with an option to extend for two additional one-year terms.

Headquartered in St. John’s, Newfoundland and Labrador, and part of the Exchange Income Corporation family of companies, PAL Aerospace is an international aerospace and defence company with a focus on intelligence, surveillance, and reconnaissance (ISR) solutions, in-service support, and aircraft engineering and modification. JetSupport is based at Schiphol Amsterdam, The Netherlands, as a privately owned company providing MRO services and special mission aircraft for more than 20 years.

The two DHC-8 aircraft will be missionized primarily for the purpose of providing air reconnaissance capacity in the North Sea for the Netherlands Coastguard. PAL Aerospace explains tasks for the aircraft will include surveillance activities, support for search and rescue, law enforcement and additional deployments in support of FRONTEX.

“Winning this contract in partnership with JetSupport is another affirmation of PAL Aerospace’s ability to execute and support the most-demanding maritime surveillance programs in the world,” said Trainor. “This new program solidifies our status as a leader in international intelligence, surveillance and reconnaissance capability and will build on expertise we have acquired through our operations in Canada, the Dutch Caribbean, the United Arab Emirates and various international deployments of our Force Multiplier on-demand ISR program.”