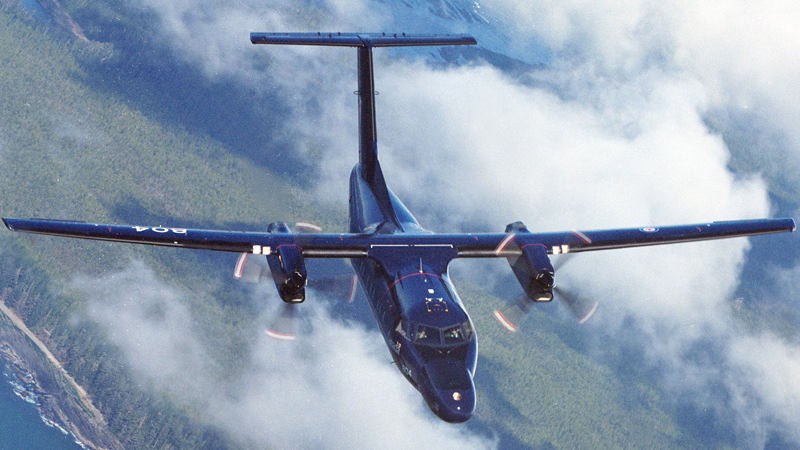 Air Combat Systems Officers and Airborne Electronic Sensor Operators from the RCAF and air forces around the world are trained on the CT-142 turboprop aircraft flown by 402 Squadron. (Photo: RCAF)

PAL Aerospace has been awarded a contract to provide heavy maintenance services for the Royal Canadian Air Force’s CT-142 Dash-8 Fleet. The contract covers an initial four-year period and includes opportunities for PAL Aerospace to receive contract extensions that would increase the life of the agreement to seven years.

“PAL Aerospace appreciates this new opportunity to continue building our relationship as a trusted partner of the Royal Canadian Air Force,” said John Turner, senior vice-president of business development, PAL Aerospace. “We understand the important role these aircraft play in training Canada’s next generation of aviation professionals, and we look forward to working closely with the RCAF in ensuring the successful delivery of this contract.”

Flown by the 402 Squadron, the CT-142 is used to train Air Combat Systems Operators and Airborne Electronic Sensor Operators from the Royal Canadian Air Force and other air forces from around the world. Designed and produced in Canada, PAL Aerospace explains the CT-142 is a conversion of the twin turboprop Dash-8 airliner modified to include a suite of on-board training computers and a large radar system.

PAL Aerospace will perform the maintenance services associated with this contract at its facilities in St. John’s, Newfoundland, and Winnipeg, Manitoba. The company explains the awarding of this contract furthers its goal of expanding and developing ISS capabilities across Canada.