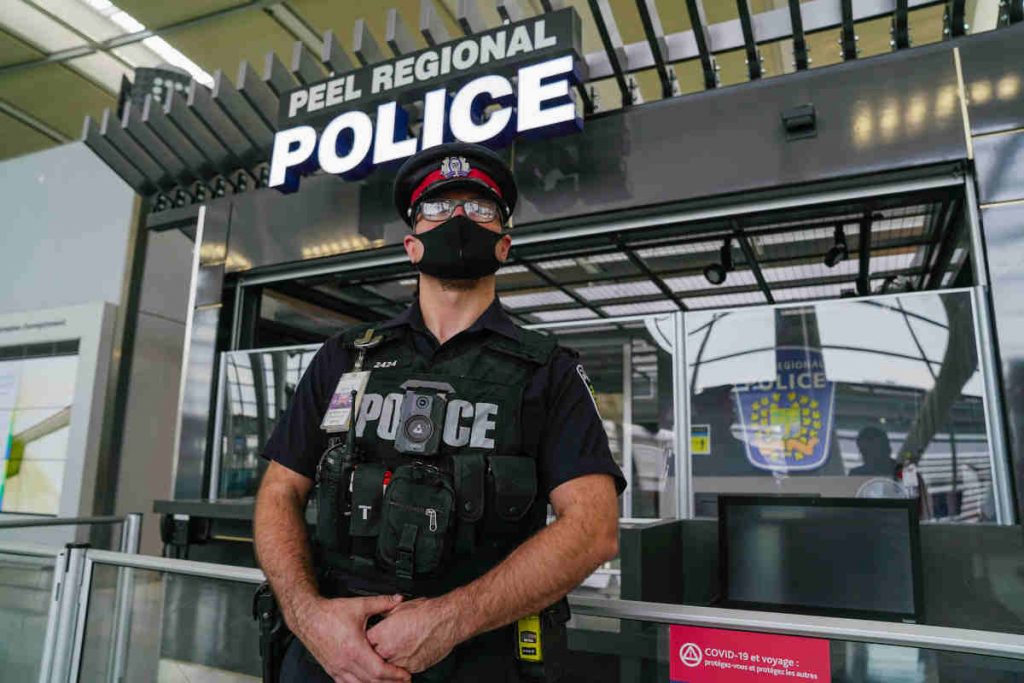 Nine officers at the airport started testing the devices Monday before they’re set to be rolled out to the rest of the region’s roughly 1,200 front-line officers starting early 2021, Peel police said in a news release.

Peel police and local politicians have touted the cameras as a way to keep front-line staff honest and accountable, although some members of the region’s Black community have said the devices fall short of real police reform.

In a recent interview with the Star, Peel police Chief Nishan Duraiappah said body-worn cameras aren’t a panacea, but “another tool that should be in the mix” of initiatives aimed at improving public safety and officer accountability.

He said the final rules for the devices’ use will be built on guidance from the Information & Privacy Commissioner of Ontario and public consultation, “so that the community has confidence that it’s not going to be manipulated.”

The cameras’ deployment has been welcomed at the airport.

Odoardi said these opportunities include “utilizing embedded medical professionals in our real-time operations centre to assist front-line members in safely supporting persons in crisis. We also look to provide social supports in real-time that would otherwise not be achieved through traditional response models.”

The cameras are expected to cost an estimated $9 million through a five-year contract with American firm Axon Enterprises.

“I know there is distrust in policing and that’s why we’re trying to build up public confidence through transparency initiatives like this,” Brampton Mayor Patrick Brown said in August, when the Peel police board unanimously approved the deal with Axon.

Brown, who is on the region’s seven-member police board, added that $1.8 million a year is a “worthwhile investment” for a system he thinks can provide an unbiased record of interactions between officers and civilians.