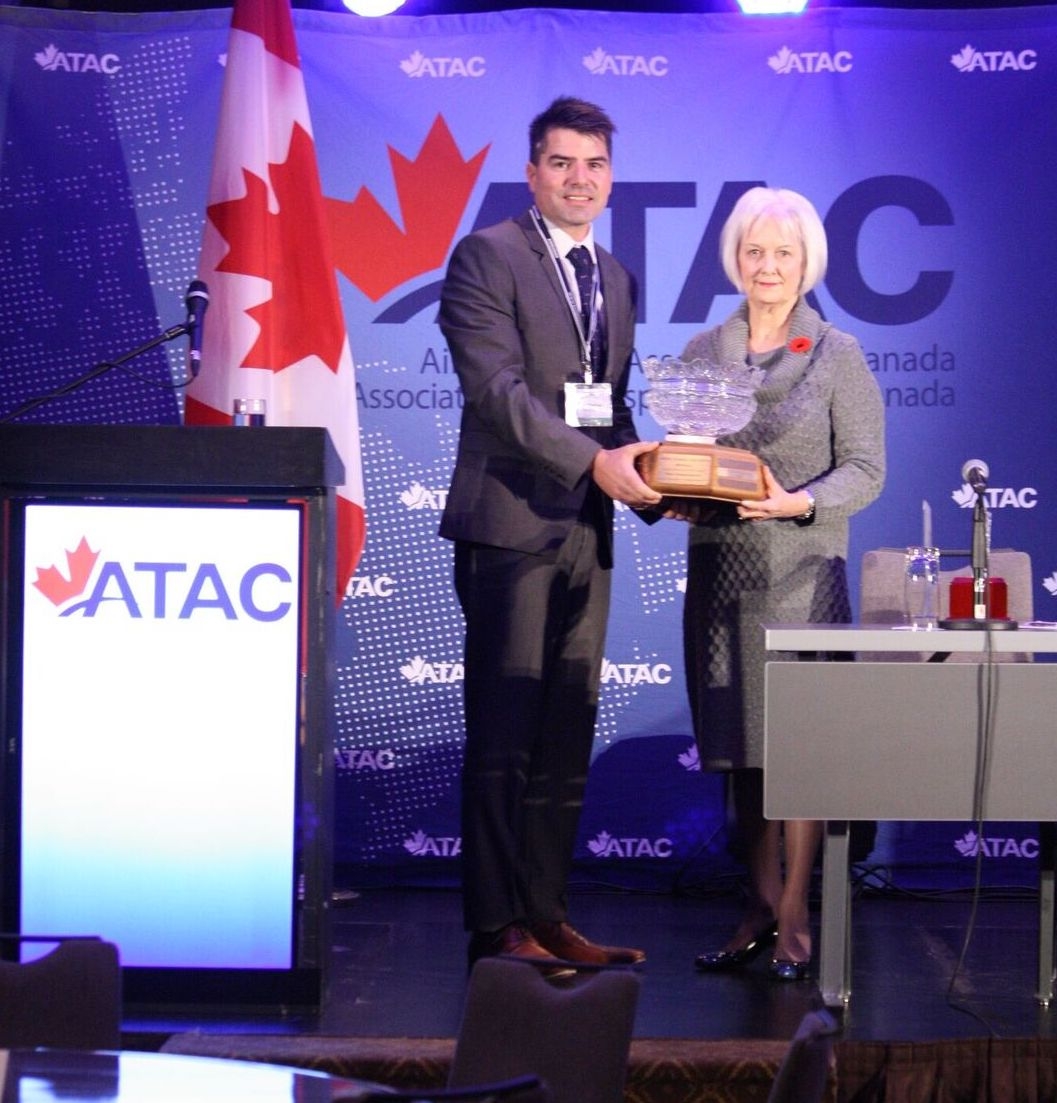 The prestigious honour was handed out at the 2017 Air Transport Association of Canada’s annual Canadian aviation conference Nov. 7 at the Fairmont Queen Elizabeth Hotel in Montreal. The founders of the award, Jane and Rikki Abramson, were both on hand at the event.

Nationally administrated by Jane Abramson, the DCAM Award is given out annually at ATAC to honour excellence in Canadian flight instruction. The award was created in honour of David Abramson, who created an enduring legacy for flight instruction safety.

Penner is a true aviator, an accomplished pilot, a class 1 flight instructor and a class 1 aerobatic fight instructor. He finished first in his category at the U.S. National Aerobatic Championships in 2016 and he maintains that even some aerobatic experience can make a pilot that much more competent and safer.

To preserve the historical record of the award, the recipient’s name is engraved on the trophy and entered in the official logbook. Both are on permanent display at the Canadian Aviation and Space Museum in Ottawa. The Abramsons were keen to thank the museum for its custodianship and providing the trophy for the presentation during the award’s ceremony.

Janet Keim, flight instructor with the Mitchinson Flight Centre in Saskatoon, Sask., was named the winner of the 2017 DCAM Legacy Award, and was presented with her engraved DCAM plaque. She entered a male-dominated industry in 1971 and quickly set herself apart as an instructor and aviator, creating a significant training and instruction history.

Throughout the day, the DCAM sponsors presented their contributions to the award winners, and in the afternoon, Thomas Sandrin, brand manager with Hamilton Watches, made a presentation of engraved DCAM aviator watches to both Penner and Keim.